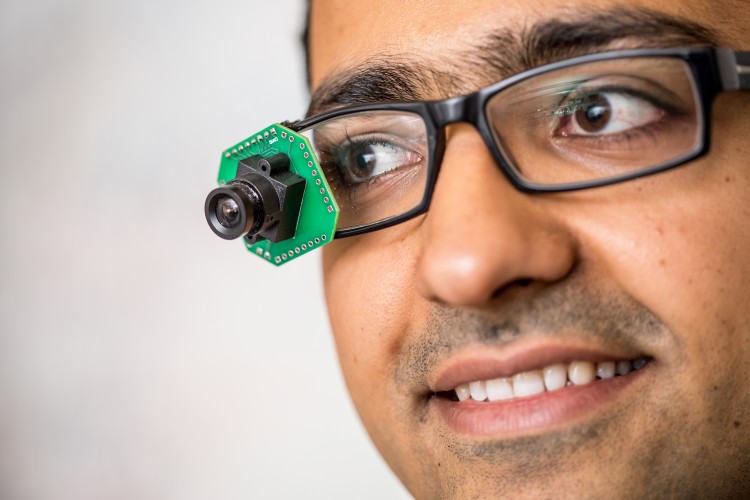 This low-power, video-streaming prototype could be used in next-generation wearable cameras, as well as in many other internet-connected devices.Dennis Wise/University of Washington

Researchers have devised a way to enable HD video streaming from a low-power, wearable camera to a nearby mobile device.

A team of engineers from the University of Washington has created a new high-definition video streaming method that doesn’t utilize battery power, instead relying on a nearby mobile device, such as a smartphone to process the video with a technique called backscatter.

This technique enables the device to share information by reflecting signals that have been transmitted to it.

“The fundamental assumption people have made so far is that backscatter can be used only for low-data rate sensors such as temperature sensors,” co-author Shyam Gollakota, an associate professor in the UW’s Paul G. Allen School of Computer Science & Engineering, said in a statement. “This work breaks that assumption and shows that backscatter can indeed support even full HD video.”

Current streaming cameras first process and compress video, before they transmit it through Wi-Fi in a process that uses a substantial amount of power, particularly with HD videos.

In the new system, the pixels in the camera are directly connected to the antenna, which senses intensity values through the backscatter process to a nearby smartphone that can process the video. The researchers achieve an intra-frame compression by leveraging the redundancy inherent in typical images.

For the video transmission, the system translates the pixel information from each frame into a series of pulses where the width of each pulse represents a pixel value. The time duration of the pulse is proportional to the brightness of the pixel.

“It’s sort of similar to how the cells in the brain communicate with each other,” co-author Joshua Smith, a professor in the Allen School and the UW Department of Electrical Engineering, said in a statement. “Neurons are either signaling or they’re not, so the information is encoded in the timing of their action potentials.”

The researchers tested the new process with a prototype that was able to convert HD YouTube videos into raw pixel data that was then fed into the backscatter system. The prototype could stream 720p HD videos at 10 frames per second to a smartphone that is up to 16 feet away.

“That’s like a camera recording a scene and sending the video to a device in the next room,” co-author and computer science and engineering doctoral student Mehrdad Hessar, said in a statement.

The teams also developed a low-resolution, low-power security camera that can stream at 13 frames per second, which can be used in several applications.

“Right now home security cameras have to be plugged in all the time. But with our technology, we can effectively cut the cord for wireless streaming cameras,” co-author and recent UW electrical engineering alum Saman Naderiparizi said in a statement.

The researchers now plan to make wireless video cameras that are completely battery-free.