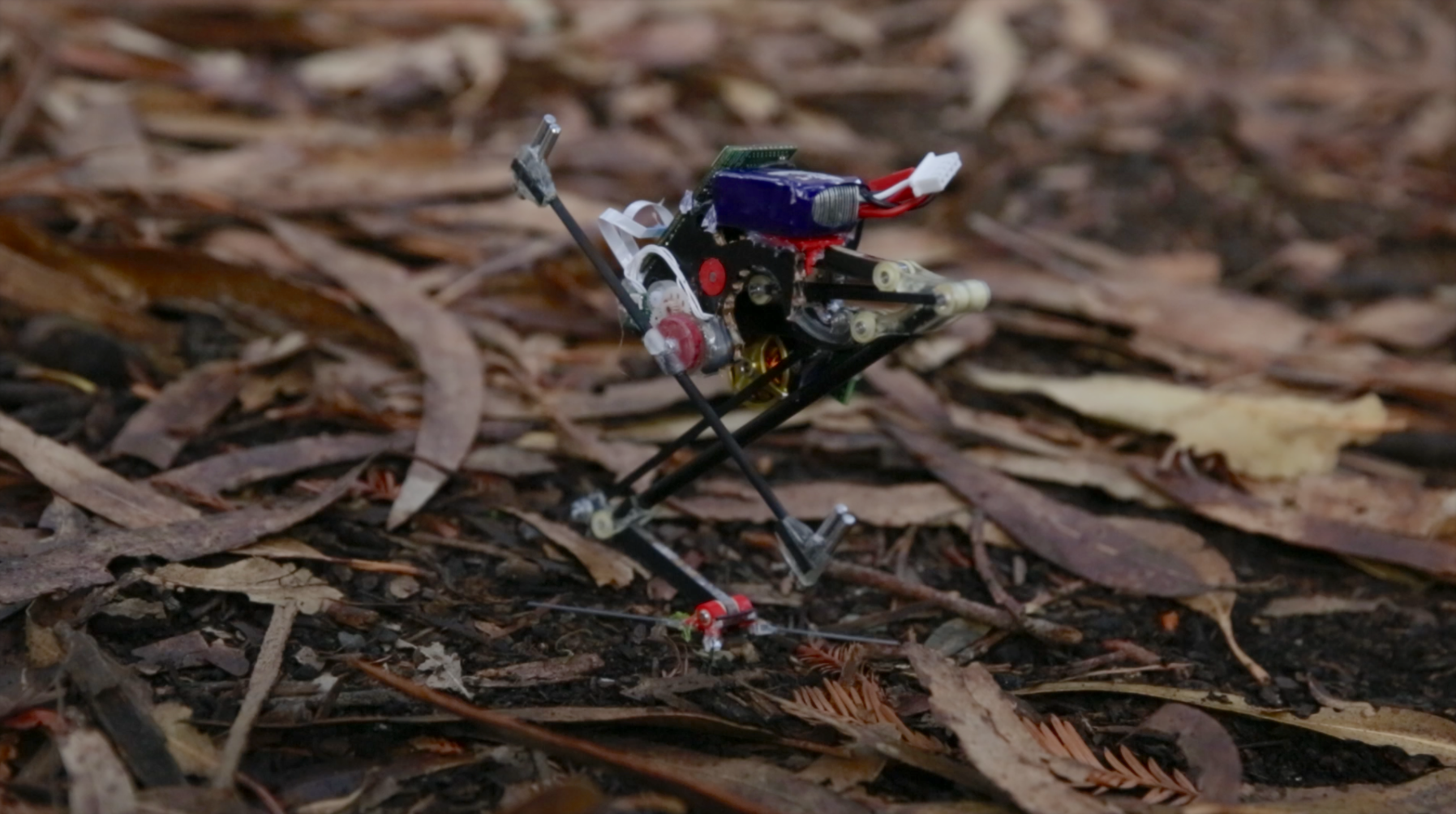 A new robot developed at the University of California Berkeley may be the most vertically agile robot ever built.

The robot, which weighs 100 grams and is 26 centimeters tall when fully extended, has already proven to be able to spring off a wall or perform multiple vertical jumps in a row, resulting in the highest robotic vertical jumping agility ever recorded and will open new pathways of locomotion that were not previously attainable.

If advancements continue in robotics, researchers hope that eventually the robot and other vertically agile robots can be used to jump around rubble in search and rescue missions.

The robot, which is being called Salto (for saltatorial locomotion on terrain obstacles), is inspired by the galago—a primate that is said to be the animal kingdom’s most vertically agile creature that can jump five times in just four seconds to gain a combined height of 8.5 meters.

The galago achieves this enhanced agility by storing energy in its tendons so that it can jump to heights not achievable by the muscles alone.

After observing the galago, the researchers developed a new metric to measure vertical agility, defined as the height that something can reach with a single jump in Earth gravity, multiplied by the frequency at which that jump can be made.

Salto’s design is based on the galago’s power modulation, an adaptation found in natural systems and designed into some robotic systems that increases the peak power available for jumping by storing muscular energy in stretchy tendons.

“Developing a metric to easily measure vertical agility was key to Salto’s design because it allowed us to rank animals by their jumping agility and then identify a species for inspiration,” Duncan Haldane, a robotics Ph.D. candidate at UC Berkeley, who led the work, said in a statement.

Salto includes a motor that drives a spring, which loads via a leg mechanism to create the kind of starting crouch seen in the galago.

“By combining biologically inspired design principles with improved engineering technology, matching the agile performance of animals may not be that far off,” Fearing said.

Salto achieved a maximum jump height of roughly 1.008 meters and an average height gain of the wall jump of approximately 1.21 meters.

The study, which was published in Science Robotics, can be viewed here.