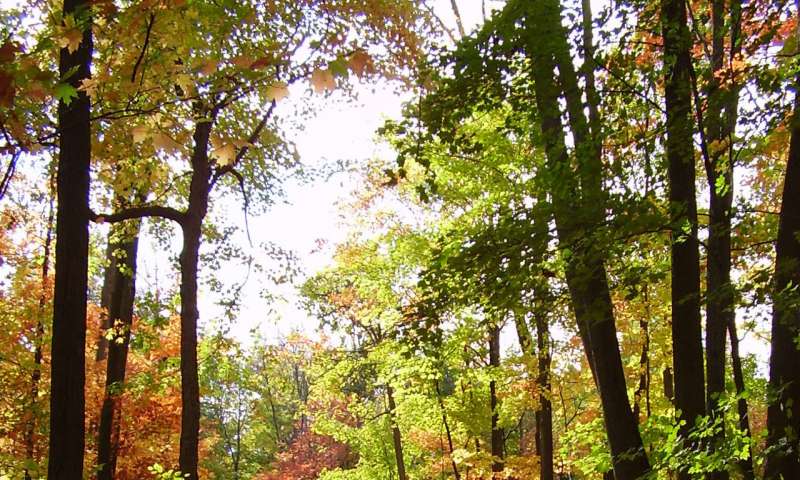 The availability of nitrogen for trees and other plants is declining, likely due to climate change.

Warming temperatures and elevated levels of carbon dioxide may be causing a decrease in the availability of nitrogen, which could affect the ability of forests to absorb carbon dioxide and reduce the amount of nutrients available for the creatures that eat them.

“Even if atmospheric carbon dioxide is stabilized at low enough levels to mitigate the most serious impacts of climate change, many terrestrial ecosystems will increasingly display signs of too little nitrogen as opposed to too much,” study co-author Andrew Elmore of the University of Maryland Center for Environmental Science, said in a statement. “Preventing these declines in nitrogen availability further emphasizes the need to reduce human-caused carbon dioxide emissions.”

Much of the focus on nitrogen availability has been on developed, coastal regions that often struggle with eutrophication—runoff of nitrogen pollution from fertilized farms and lawns that feeds algae blooms and leads to the reduction of oxygen in the waters. However, this does not occur in less developed land.

“This idea that the world is awash in nitrogen and that nitrogen pollution is causing all these environmental effects has been the focus of conversations in the scientific literature and popular press for decades,” Elmore said. “What we’re finding is that it has hidden this long-term trend in unamended systems that is caused by rising carbon dioxide and longer growing seasons.”

The researchers examined a database of leaf chemistry that includes hundreds of species that had been collected from around the globe between 1980 and 2017. They found that there is a global trend of decreasing nitrogen availability and most terrestrial ecosystems including forests and land that has not yet been treated with fertilizers are becoming more oligotrophic—where not enough nutrients are available.

“If nitrogen is less available it has the potential to decrease the productivity of the forest,” Elmore said. “We call that oligotrophication. In the forested watershed, it’s not a word used a lot for terrestrial systems, but it indicates the direction things are going.”

Both the U.S. and Europe has implemented regulations on coal-fired power plants to reduce the amount of nitrogen deposition because of clean air regulations aimed at combating acid rain. Increasing carbon dioxide levels in the atmosphere and longer growing seasons are simultaneously leading to increasing nitrogen demand for plants to grow.

“There are now multiple lines of evidence that support the oligotrophication hypothesis,” study co-author Joseph Craine, an ecologist with Jonah Ventures, said in a statement. “Beyond declines in leaf chemistry, we are seeing grazing cattle become more protein limited, pollen protein concentrations decline, and reductions of nitrogen in many streams. These dots are starting to connect into a comprehensive picture of too much carbon flowing through ecosystems.”

The study was published in Nature Ecology & Evolution.