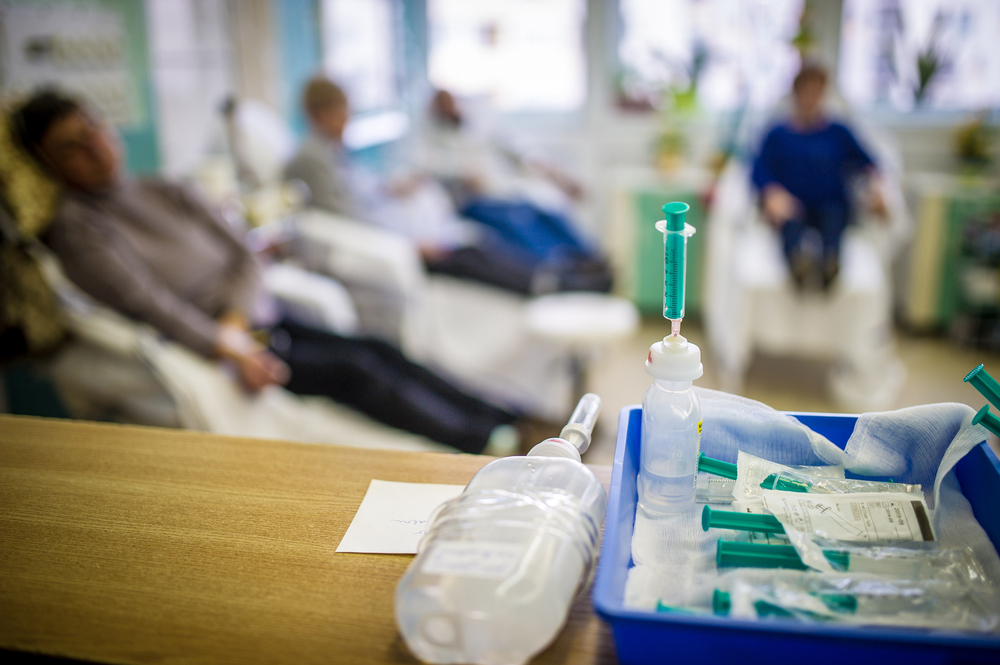 Scientists at Dana-Farber Cancer Institute have shown that experimental diabetes drugs can make cancer cells more vulnerable to traditional chemotherapy agents, and they say such combinations should be explored to potentially improve outcomes for cancer patients.

Reporting in the Proceedings of the National Academy of Sciences, investigators demonstrated in cancer cell lines and animal models that the research compounds – similar to common anti-diabetic agents known as thiazolidinediones (TZDs) – sensitized lung tumor cells to carboplatin chemotherapy. Tumors in rodents treated with the combination of carboplatin and one of the experimental compounds, SR1664, weighed less than those in animals treated with carboplatin alone.

The research also showed that the combination sensitized triple-negative breast cancer cells in the laboratory, causing them to self-destruct. However, not all types of cancer cells appear to be made vulnerable to chemotherapy combined with the experimental compounds, the authors note.

The scientists, led by cancer biologist Bruce Spiegelman, PhD, say “these data strongly suggest that [the experimental anti-diabetes compounds] should be explored for clinical use in combination with traditional chemotherapy for a variety of malignancies.”

First author of the report is Melin Khandekar, MD, PhD, a radiation oncologist at Massachusetts General Hospital who carries out research in the Spiegelman lab. Other authors are at the Scripps Research Institute Department of Molecular Therapeutics.

The experimental compounds used in the study target a newly discovered cellular process by which cells repair themselves in response to DNA damage, such as the damage caused by a number of chemotherapy agents. The process involves a change called phosphorylation of PPAR-gamma, a receptor discovered by Spiegelman that is essential for fat cell development. PPAR-gamma is also a target of the TZD class of anti-diabetic agents, which include rosiglitazone and pioglitazone. PPAR-gamma is expressed in a number of cancers, including lung, triple-negative breast, colorectal, and pancreatic cancers.

The potential for diabetes drugs to enhance chemotherapy goes back a number of years. In 2007, Spiegelman and colleagues reported that rosiglitazone, sold as Avandia, combined with a platinum chemotherapy agent halted or shrank mouse tumors as much as three times more effectively than either of the drugs given alone. These results suggested that giving the diabetes drug with platinum-based chemotherapies might improve control of cancers that eventually become resistant to platinum chemotherapy agents. However, reports of heart attacks in patients taking rosiglitazone led to a federal warning label being placed on the drug – a warning that was later removed, according to Khandekar. “The earlier reports kind of tarnished this idea” of combining diabetes drugs with chemotherapy, he said.

The new research involves drugs developed at Scripps by Patrick Griffin, PhD, a co-author on the PNAS paper. They also act on PPAR-gamma but in a way different from the conventional TZD drugs; the scientists refer to the novel compounds as “non-canonical agonist ligands” or NAL, of PPAR-gamma. They retain many of the properties of the TZD anti-diabetes drugs but have fewer side effects such as weight gain, bone loss, and fluid retention, according to the report’s authors.

By identifying the phosphorylation of PPAR-gamma as a mechanism by which cancer cells can repair DNA damage, “we now have a rational basis for using these non-canonical agonist ligands of PPAR-gamma” to render cancer cells more sensitive to chemotherapy, explains Spiegelman.

Khandekar adds, “These drugs may provide an even safer alternative [than the older TZD anti-diabetes drugs] that you could combine with existing chemotherapies” to enhance the treatment of patients with certain cancers.