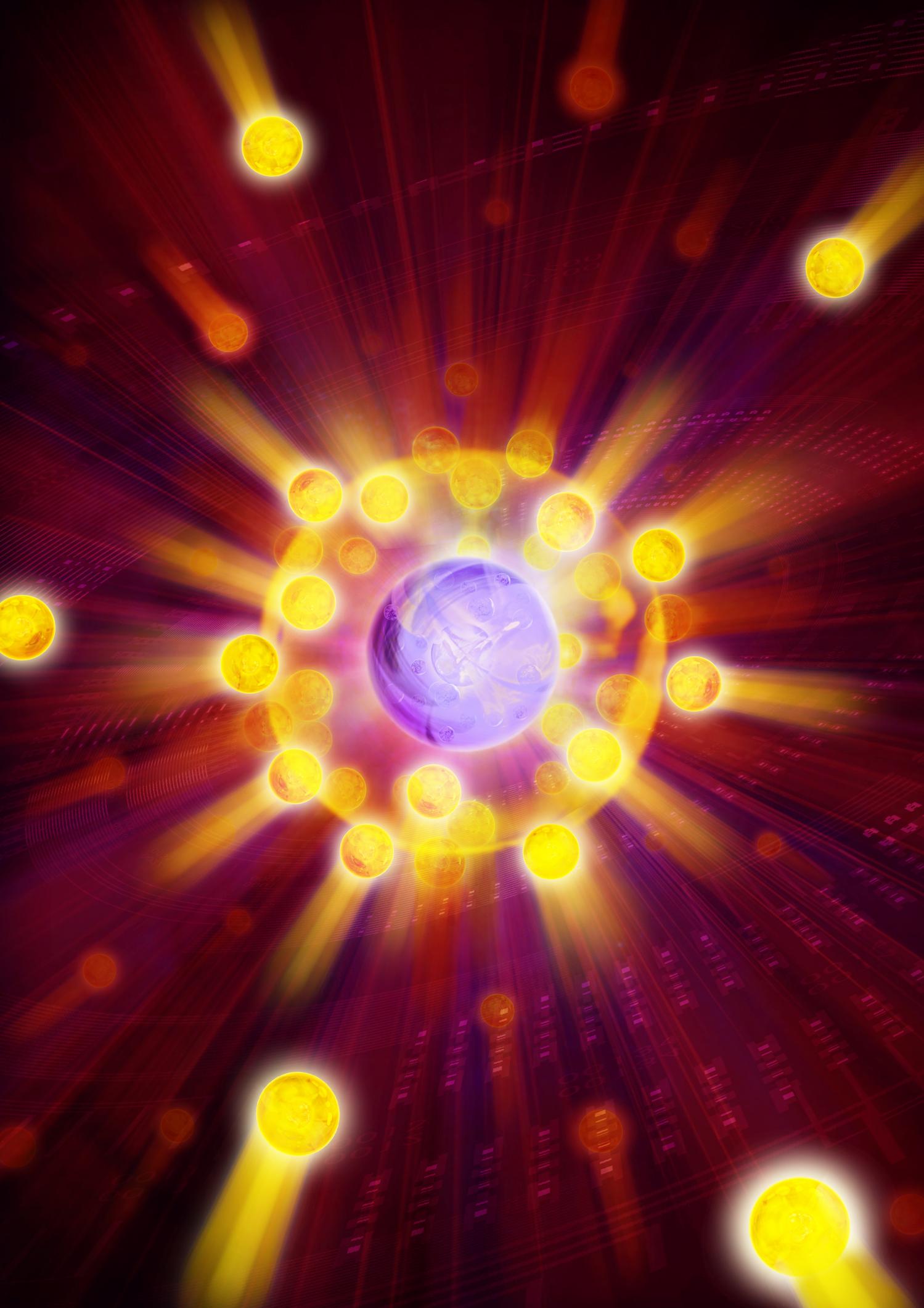 The formation of quasiparticles, such as polarons, in a condensed-matter system usually proceeds in an extremely fast way and is very difficult to observe. In Innsbruck, Rudolf Grimm’s physics research group, in collaboration with an international team of theoretical physicists, has simulated the formation of polarons in an ultracold quantum gas in real time. The researchers have published their findings in the journal Science.

The concept of quasiparticles is a powerful tool to describe processes in many-body quantum systems, such as solid-state materials. For example, when an electron moves through a solid, it generates polarization in its environment because of its electrical charge. This “polarization cloud” moves together with the electron and the resulting “dressed electron” can be theoretically described as quasiparticle or a polaron.

“You could picture it as a skier on a powder day,” said Grimm. “The skier is surrounded by a cloud of snow crystals. Together they form a system that has different properties than the skier without the cloud.”

The challenge in an experiment is to measure the quasiparticles.

“These processes last only attoseconds, which makes a time-resolved observation of their formation extremely difficult,” said Grimm.

Observing the birth of quasiparticles

Ultracold quantum gases are an ideal experimental platform to study physical phenomena in solid-state materials and also exotic states of matter, for example neutron stars. Because of the well-controlled environment, the scientists are able to create many-body states and manipulate interactions between particles in these gases. Rudolf Grimm’s research group, working at the Institute for Quantum Optics and Quantum Information, Austrian Academy of Sciences, and the Institute for Experimental Physics, University of Innsbruck, is a leader in this research field.

In collaboration with theoretical physicists from Harvard University, the TU Munich and Monash University in Australia, the researchers have now studied quasiparticle dynamics in real time. In a vacuum chamber, using laser trapping techniques, the researchers created an ultracold quantum gas made up of lithium atoms and a small sample of potassium atoms in the center. For both types of atoms they used isotopes of fermionic nature, which belong to the same fundamental class as electrons.

“In condensed matter, the natural time scale of these quasiparticles is on the order of 100 attoseconds,” added Grimm. “We simulated the same physical processes at much lower densities. Here, the formation time for polarons is a few microseconds.”

However, measurement still remains a challenge.

“We developed a new method for observing the ‘birth’ of a polaron virtually in real time,” said quantum physicists Grimm. Looking into the future, he says: “This may turn out to be a very interesting approach to better understand the quantum physical properties of ultrafast electronic devices.”