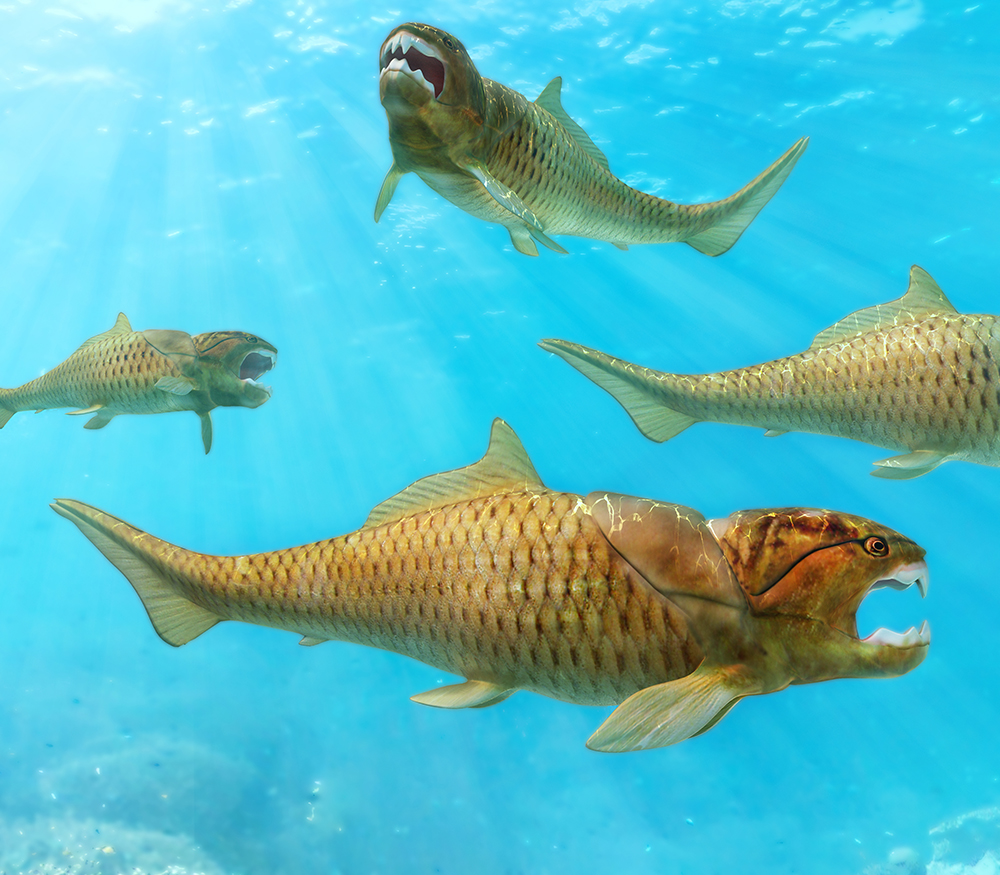 Scientists in China have discovered the fossil of an ancient fish they believe to be the earliest fish to have a modern three-part jaw. (Photo: Stock)

Researchers in China believe they have discovered the oldest found fossil of a fish with a modern three-part jaw.

The fossil, found in Yunnan, China, shows two bones in the upper jaw and one in the lower jaw, believed to fill in gaps on how the vertebrate jaw has evolved. According to the Oct. 20 issue of Science, the 423-million-year-old specimen, called Qilinyu rostrate, is believed to be part of an ancient group of armoured fish called placoderms.

Scientists previously thought that placoderm jaws were only very distantly related to the three-part jaw found in modern bony fish and land vertebrates because the bones in placoderm jaws generally sit further inside the animals’ mouth than human jawbones do and don’t contribute to the outer structure of the face, according to Per Ahlberg, a paleontologist at Uppsala University in Sweden and a co-author of the study.

The fossil has bones halfway between an ancient placoderm jaw and a modern jaw in the fish, which was described in a Nature.com article as being 20 centimeters long and similar in appearance to a catfish.

In 2013 it was discovered that another species, Entelognathus primordialis, was added to the placoderm classification. The species had a bony skull and jaw-like most vertebrates, but was different with a beak-like jaw built out of bone plates.

Ahlberg noted the similarities and differences between the two species.

“Therefore, the simplest interpretation of the observed pattern is that our own jaw bones are the old gnathal plates of placoderms, lightly remodeled,” he added. “It seems like substantial parts of our anatomy can be traced back, not only to the earliest bony fishes, but beyond them to the strange ungainly armoured placoderms of the Silurian period.”

Prof. Zhu Min of the Institute of Vertebrate Paleontology and Paleoanthropology and a professor from the Chinese Academy of Sciences University explained the significance of the discovery.

“Most importantly, the character combination of Qilinyu and its phylogenetic position as the most basal maxillate vertebrate illuminate the relationship between the marginal jaw bones of osteichthyans and the gnathal plates of placoderms,” Min said in a statement.