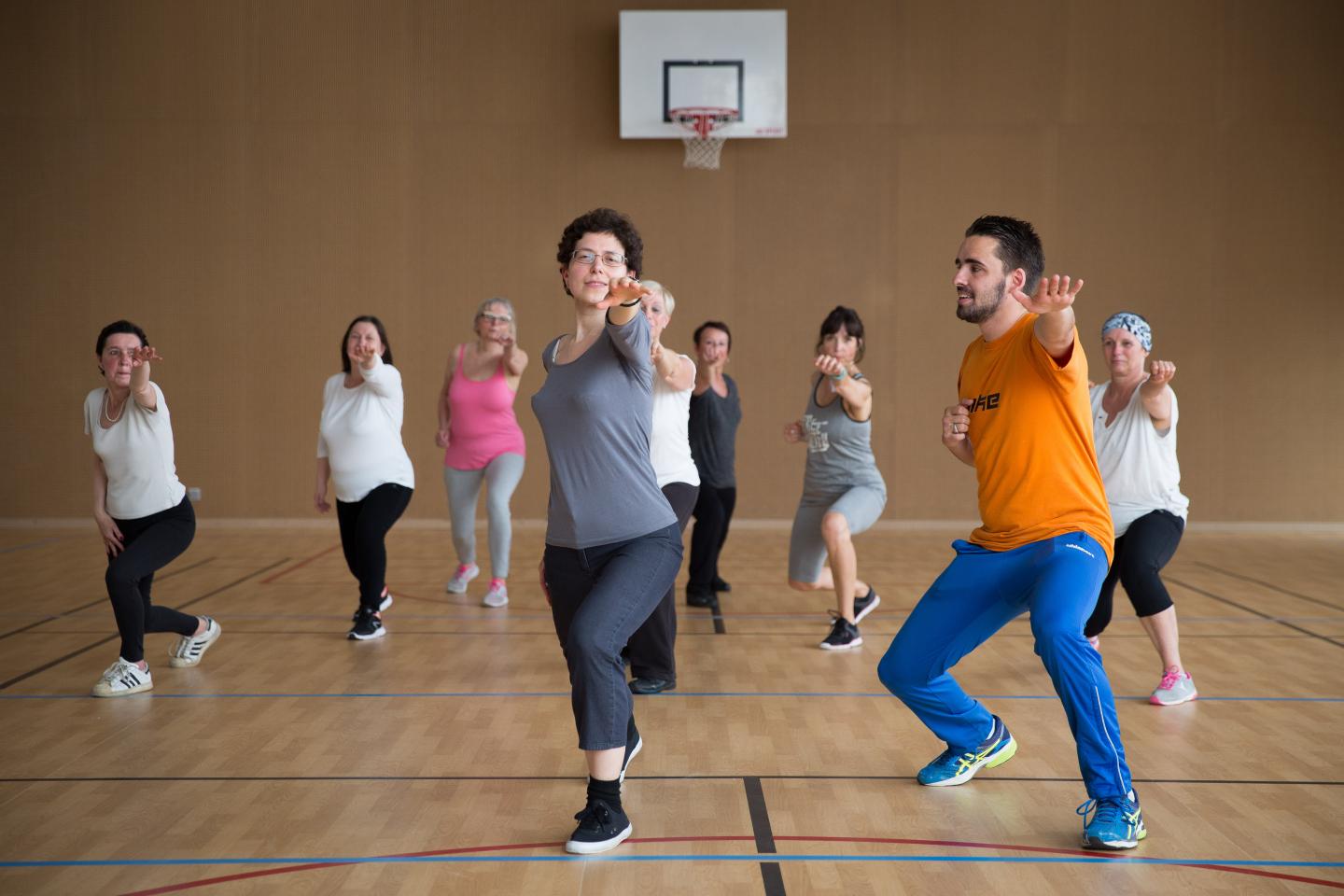 Exercise and participation in sports could help alleviate some of the symptoms associated with cancer during and after treatment.

At the ESMO 2018 Congress in Munich from Oct. 19 to 23, researchers from France presented two different reports showing that cancer patients at the highest risk of poor quality of life can benefit from an exercise regimen after examining more than 2,500 cancer patients in exercise programs at over 80 French cancer centers.

“We have found that patients get the greatest benefit if they exercise two or three times a week for at least an hour during the six months of their chemotherapy or radiotherapy and then for a further six months so that physical activity becomes a part of their life,” Thierry Bouillet, MD, Ile de France, American Hospital of Paris, Neuilly Sur Seine, France, and author of one of the new studies, said in a statement.

“With 20 years’ experience, we have also seen that patients find it easier to exercise in on-site classes and feel more secure than if we give them exercise information and leave them to do it themselves or go to classes away from the hospital with trainers who do not know about the special needs of patients with cancer,” he added.

For the first study, 114 volunteers with breast cancer or metastatic disease participated in a 60-minute strength training and aerobic exercise class twice a week. The researchers found that this significantly reduced both pain and fatigue scores at three and six months. Overall, the fatigue scores fell from 3.1 at the baseline to 2.1 after six months, while pain score fell from three to 1.9 over the same period.

Also tied to the reduction of pain was significant reductions in body fat, while lean body mass remained stable. For the entire group, the fat mass decreased from 33.9 percent to 33.2 percent in three months. However, for the 71 patients in the six-month study, the fat mass fell from 34.3 percent to 32.4 percent at the end of six months.

“Patients are often fatigued and have started to lose muscle before they are diagnosed with cancer, so it is essential to start exercise as soon as possible after the first consultation,” Bouillet said. “We should see it as ’emergency treatment’ for their initial symptoms and later to help with the side effects of treatment.”

For the second study, the researchers demonstrated that it is possible to identify patients at a greater risk of poor quality of life during treatment after examining 2,525 patients with stage I through stage III breast cancer who underwent adjuvant chemotherapy. The volunteers participated either in 75 minutes of vigorous exercise or 150 minutes of moderate exercise per week.

These volunteers had significantly better overall quality of life at six months and a year after treatment than those who were inactive, as well as a better physical well-being and less fatigue, pain and breathlessness.

“Around 60 [percent] of patients were physically active before and after chemotherapy and, although their quality of life was adversely affected by chemotherapy, they scored consistently better on a variety of physical, emotional and symptom scales than those who were inactive,” Antonio Di Meglio, MD, study author and Medical Oncologist, Institut Gustave Roussy, Villejuif, France, said in a statement.

By identifying early cancer patients that they would benefit from an exercise program, patients could someday have it covered by their insurance.

“Insurers may ask why they should pay for exercise for patients with cancer when they don’t pay for it in the general population,” Gabe Sonke, MD, Netherlands Cancer Institute, Amsterdam, the Netherlands, said in a statement. But if we can show that there is improved treatment adherence and an added survival benefit for patients with cancer, this will strengthen our case for payment,” said Sonke.