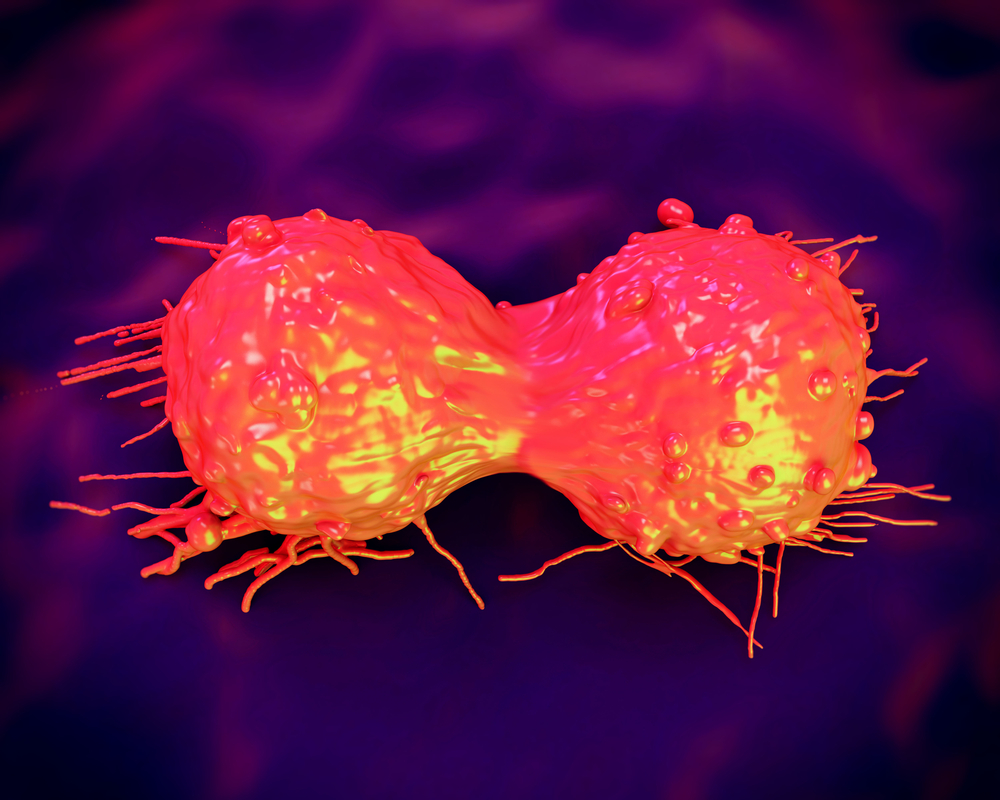 Pancreatic cancer cells avert starvation in dense tumors by ordering nearby support cells to supply them with an alternative source of nutrition. This is the finding of a study in cancer cells and mice published August 10 in Nature. The study was led by researchers from NYU Langone Medical Center, the Dana Farber Cancer Institute at Harvard, and the University of Michigan Medical School.

The results revolve around the unique ability of pancreatic cancers to scavenge for energy when oxygen and blood sugar, or glucose, normally supplied by the bloodstream, are in short supply. This is the case inside tumors where abnormal cell growth quickly consumes available resources.

The current study is the first to reveal that pancreatic cancer cells send signals to stellate cells, a type of cell in the pancreatic environment that can secrete substances that provide structural support, causing them to break down their own cell parts into various building blocks, including the amino acid alanine. Cancer cells then take up the alanine into their cell powerhouses, called mitochondria, and use it as a fuel source in place of glucose.

“Our study offers more proof that pancreatic cancers not only use fuel differently, but also scavenge for it far more effectively than many cancer types,” says corresponding author Alec Kimmelman, MD, PhD, chair of the Department of Radiation Oncology and member of thePerlmutter Cancer Center at NYU Langone.

“This work establishes the existence of a new kind of crosstalk between tumors and stellate cells,” says Kimmelman. “Knowing this may help the field to design drugs that interfere with the astonishing metabolic flexibility that makes these cancers unique.”

The team next sought to determine how the cancer cells were using the alanine. Studies that tagged the carbon molecules comprising alanine confirmed that pancreatic adenocarcinoma cells convert alanine into related metabolites and feed it into the tricarboxylic acid (TCA) cycle, the series of reactions making up the first part of energy production in mitochondria. Importantly, by using the alanine, the tumor cells could divert glucose to other critical pathways, such as those making the building blocks for DNA.

Furthermore, the team found that cancer cells, by secreting some still unknown factor, signal for stellate cells to provide more alanine by turning up a process called autophagy. Basic to cellular life, autophagy envelopes damaged cell parts into vesicles, like mini cells that home to and fuse with lysosomes. These pockets in turn break down proteins and fats into metabolites, which are recycled to build new DNA strands and membranes. Cancer cells cannot multiply without these building blocks on hand.

Past work led by Dafna Bar-Sagi, PhD, senior vice president and vice dean for science and chief scientific officer at NYU Langone, had found that pancreatic cancer cells create vesicles on their own surfaces to capture proteins floating nearby, pulling them into the cells in a process called macropinocytosis. Bar-Sagi and Kimmelman are collaborating to determine if macropinocytosis and autophagy cooperate to deliver scavenged proteins and lipids to lysosomes in starving cancer cells.

“Several clinical trials are underway that use the drug HCQ to inhibit the lysosome, which may dial down both autophagy and macropinocytosis,” says Kimmelman. “While some promising results from these early trials have been reported, we hope to see the development of more potent and specific autophagy and lysosome inhibitors.”