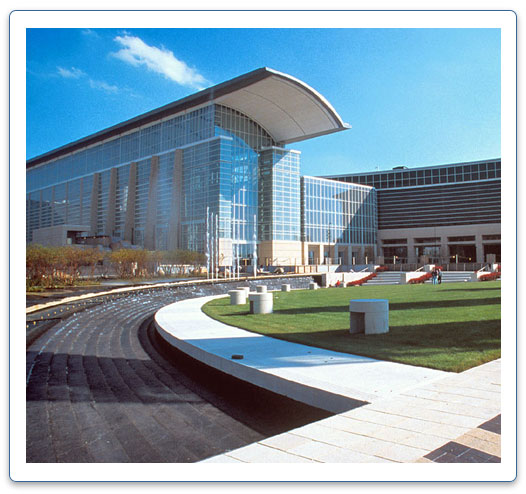 Thousands of scientists, researchers and laboratory enthusiasts from around the world are coming together this week for the 2017 Pittsburgh Conference on Analytical Chemistry and Applied Spectroscopy (Pittcon).

The event, held March 5 – 9 in Chicago, attracted 13,000 people from 90 different countries in 2016, with similar turnout expected this year.

Pittcon kicked off last night with the Wallace H. Coulter Lecture, given by Dr. Karl Deisseroth, the D.H. Chen Professor of Bioengineering and of Psychiatry and Behavioral Sciences at Stanford University, and Investigator of the Howard Hughes Medical Institute. The lecture, titled “Integrated Brainwide Structural and Functional Analysis,” focused on the development of optogenetics—a technology for controlling millisecond-scale activity patterns in specific cell types using microbial opsin genes and fiberoptic-based neural interfaces in freely-behaving animals.

His talk also included information on the development of his CLARITY method for creating composites of biological molecules in tissue covalently linked to acrylamide-based hydrogels. This method allows removal of unlinked tissue elements to create transparency and accessibility to macromolecular labels. The resulting new structure allows high-resolution optical access to structural and molecular detail within intact tissues, without disassembly.

Featured speakers include, Jane Hill, Ph.D, an associate professor of engineering at Dartmouth. Hill will present the talk “New Technologies in Infection Diagnostics: Linking the Volatile Cell Metabolome to Breath-Based Diagnostics Using Innovative Analytical Tools,” on Monday, March 6, at 2;10 p.m. Her talk will focus on diagnosing infections using the volatile molecules in patient breath that evolve from the host-pathogen interaction. This area of study known as “Breathomics,” or breath research, is a growing area of scientific interest that is featured heavily at Pittcon 2017. Hill’s presentation specifically will feature case studies on viral, bacterial and fungal applications that demonstrate various approaches to breath-based diagnostics, with a focus on effective translation from a model to a human can be achieved.

Chad Mirkin, Ph.D, professor of materials science and engineering medicine, biomedical engineering, chemical and biological engineering at Northwestern University, is also a featured speaker at this year’s event. He will speak on recent innovations in nanosensing on March 7, at 2:10 p.m. His talk will highlight the synthesis and use of nanomaterials in high-throughput, microarray-based, miRNA profiling bioassays and also as probes for specific cell sorting and the detection of mRNA transcripts. Nanomaterials represent important clinical tools for studying, tracking and managing disease.

Jonathan Sweedler, Ph.D., the James R. Eiszner Family Endowed Chair in Chemistry, Center for Advanced Stud, and professor of chemistry and director, School of Chemical Sciences at the University of Illinois Urban-Champaign, will present the talk “Measuring the Brain: From the Synapse to Thought,” on March 8 at 11:05 a.m. The talk will focus on the complex chemical makeup of the brain and the task of pinpointing key cellular players in the physiological and pathological processes.

Featured speaker Rena Robinson, Ph.D, assistant professor of chemistry, University of Pittsburgh, will speak on the application of mass spectrometry for an aging population on March 9, 8:35 a.m. Robinson’s presentation is part of a symposium that highlights recent advancements in the development of and use of analytical techniques from leaders in the National Organization for the Professional Advancement of Black Chemists and Chemical Engineers (NOBCChe).

In addition to hundreds of exhibitors, there will also be two live demonstration areas where attendees can participate in interactive product demonstrations, virtual reality experiences, a laboratory competition challenge and build-your-own LEGO gravity car racing.

For more information about Pittcon: http://pittcon.org/