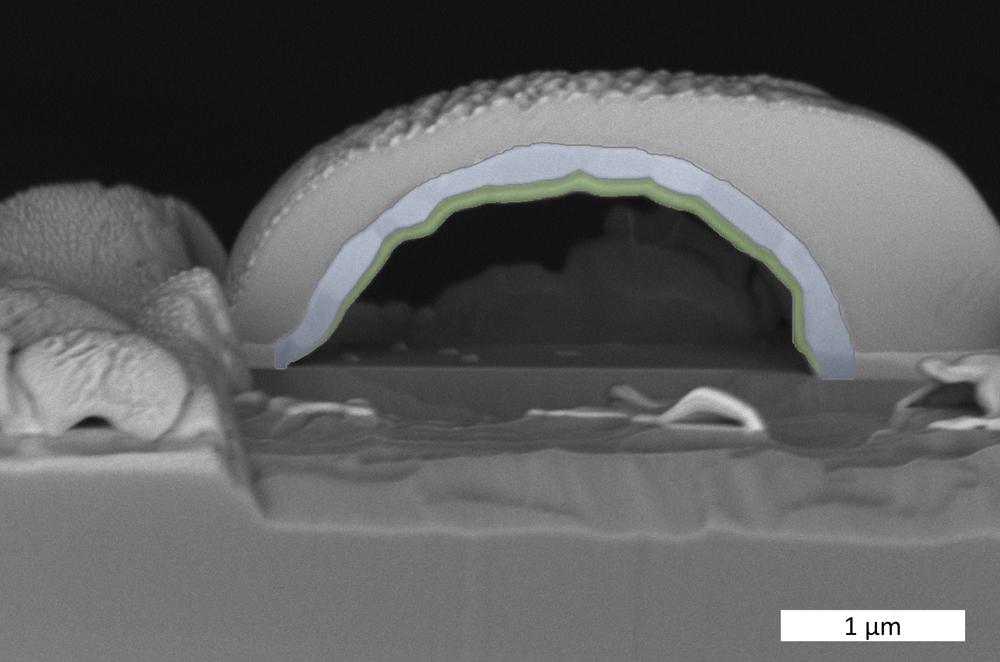 Platinum, a noble metal, is oxidized more quickly than expected under conditions that are technologically relevant. This has emerged from a study jointly conducted by the DESY NanoLab and the Vienna University of Technology. Devices that contain platinum, such as the catalytic converters used to reduce exhaust emissions in cars, can suffer a loss in efficacy as a result of this reaction.

The team around principal author Thomas Keller, from DESY and the University of Hamburg, is presenting its findings in the journal Solid State Ionics. The result is also a topic at the users’ meeting of DESY’s X-ray light sources with more than 1000 participants currently taking place in Hamburg.

“Platinum is an extremely important material in technological terms,” says Keller. “The conditions under which platinum undergoes oxidation have not yet been fully established. Examining those conditions is important for a large number of applications.”

The scientists studied a thin layer of platinum which had been applied to an yttria-stabilized zirconia crystal (YSZ crystal), the same combination that is used in the lambda sensor of automotive exhaust emission systems. The YSZ crystal is a so-called ion conductor, meaning that it conducts electrically charged atoms (ions), in this case oxygen ions. The vapor-deposited layer of platinum serves as an electrode.

The lambda sensor measures the oxygen content of the exhaust fumes in the car and converts this into an electrical signal which in turn controls the combustion process electronically to minimize toxic exhausts.

At DESY NanoLab, the scientists applied a potential difference of about 0.1 volts to the platinum-coated YSZ crystal and heated it to around 450 C—conditions similar to those found in many technical devices. As a result, oxygen collected beneath the impermeable platinum film reaching pressures of up to 10 bars, corresponding to that in the tires of a lorry. The pressure exerted by the oxygen, along with the raised temperature, caused small bubbles to form inside the platinum film, typically having a diameter of about 1000 nanometers (0.001 millimeters).

“Platinum blistering is a widespread phenomenon, and we would like to develop a better understanding of it,” explains Keller. “Our investigation can also be considered representative of this type of electrochemical phenomenon at a range of other boundary layers.”

The scientists used a so-called focused ion beam (FIB) as a sort of ultrasharp scalpel in order to slice open the platinum bubbles and examine their inside more closely. They found that the inner surface of the bubbles was lined with a layer of platinum oxide which could be up to 85 nanometers thick, much thicker than expected.

“This massive oxidation took place in conditions under which it is not normally observed,” reports co-author Sergey Volkov, who has written his doctoral thesis at the University of Hamburg on the topic. “As a rule, platinum is a highly stable material, which is precisely why it is chosen for many applications, such as catalytic converters in cars, because it is not easily altered. Our observations are therefore important for such applications.”

The scientists suspect that the high pressure of the oxygen within the bubble speeds up the oxidation of the metal. This needs to be taken into account in the operation of electrochemical sensors.

Until Friday, users of the PETRA III and FLASH X-ray light sources and the European XFEL X-ray laser will meet at DESY in Hamburg. With a total of more than 1000 registrations from 30 nations, this meeting is the largest of its kind in the world. In more than 30 plenary lectures and 18 satellite workshops as well as on more than 350 scientific posters, new investigation techniques, analysis methods and results will be presented and applications and further developments of X-ray light sources will be discussed.

One of the main roles this year will be the planned expansion of DESY’s X-ray ring PETRA III into the ultimate 3D X-ray microscope PETRA IV, which will deliver a hundred times more detailed images from the nanocosmos. Around 80 companies will be presenting their highly specialized products for cutting-edge research at an accompanying industrial trade fair.