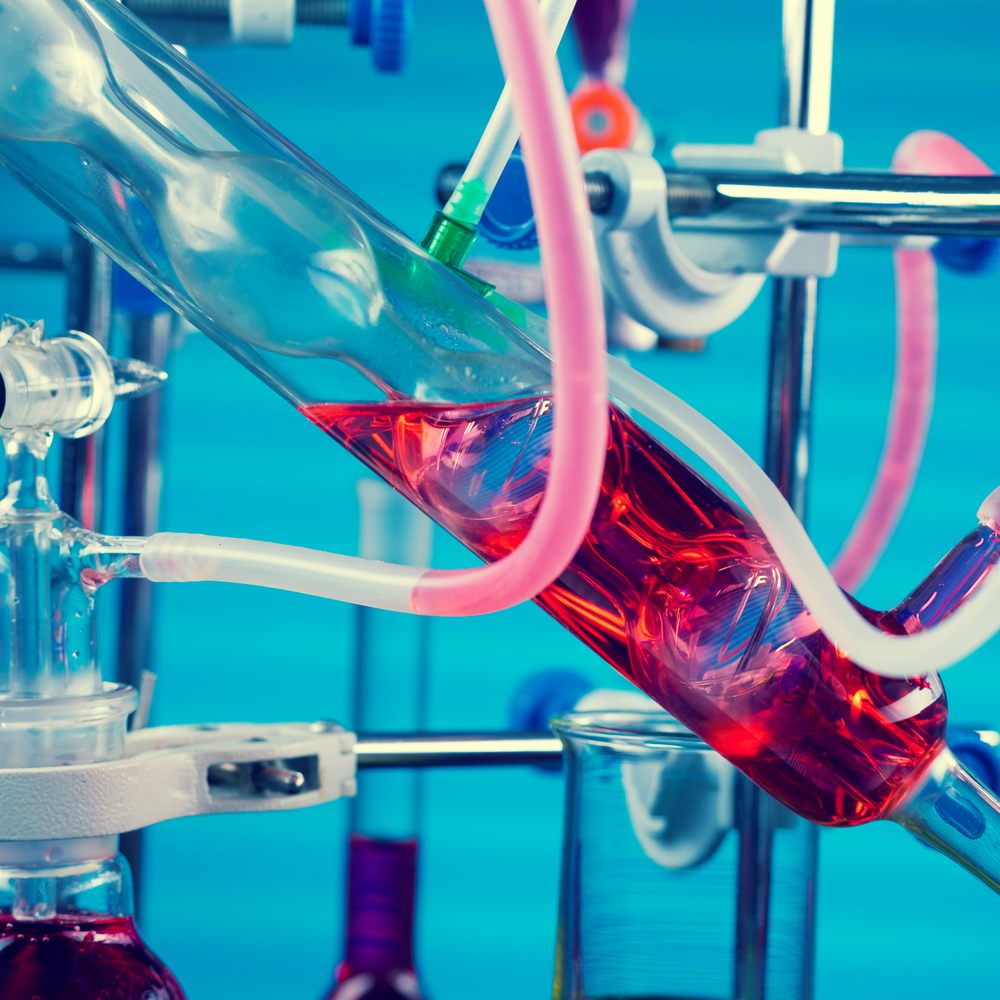 Designing a new chemical synthesis can be a laborious process with a fair amount of drudgery involved — mixing chemicals, measuring temperatures, analyzing the results, then starting over again if it doesn’t work out.

MIT researchers have now developed an automated chemical synthesis system that can take over many of the more tedious aspects of chemical experimentation, freeing up chemists to spend more time on the more analytical and creative aspects of their research.

“Our goal was to create an easy-to-use system that would allow scientists to come up with the best conditions for making their molecules of interest — a general chemical synthesis platform with as much flexibility as possible,” says Timothy F. Jamison, head of MIT’s Department of Chemistry and one of the leaders of the research team.

This system could cut the amount of time required to optimize a new reaction, from weeks or months down to a single day, the researchers say. They have patented the technology and hope that it will be widely used in both academic and industrial chemistry labs.

“When we set out to do this, we wanted it to be something that was generally usable in the lab and not too expensive,” says Klavs F. Jensen, the Warren K. Lewis Professor of Chemical Engineering at MIT, who co-led the research team. “We wanted to develop technology that would make it much easier for chemists to develop new reactions.”

Former MIT postdoc Anne-Catherine Bédard and former MIT research associate Andrea Adamo are the lead authors of the paper, which appears in the Sept. 20 online edition of Science.

The new system makes use of a type of chemical synthesis known as continuous flow. With this approach, the chemical reagents flow through a series of tubes, and new chemicals can be added at different points. Other processes such as separation can also occur as the chemicals flow through the system.

In contrast, traditional “batch chemistry” requires performing each step separately, and human intervention is required to move the reagents along to the next step.

A few years ago, Jensen and Jamison developed a continuous flow system that can rapidly produce pharmaceuticals on demand. They then turned their attention to smaller-scale systems that could be used in research labs, in hopes of eliminating much of the repetitive manual experimentation needed to develop a new process to synthesize a particular molecule.

To achieve that, the team designed a plug-and-play system with several different modules that can be combined to perform different types of synthesis. Each module is about the size of a large cell phone and can be plugged into a port, just as computer components can be connected via USB ports. Some of modules perform specific reactions, such as those catalyzed by light or by a solid catalyst, while others separate out the desired products. In the current system, five of these components can be connected at once.

The person using the machine comes up with a plan for how to synthesize a desired molecule and then plugs in the necessary modules. The user then tells the machine what reaction conditions (temperature, concentration of reagents, flow rate, etc.) to start with. For the next day or so, the machine uses a general optimization program to explore different conditions and ultimately to determine which conditions generate the highest yield of the desired product.

Meanwhile, instead of manually mixing chemicals together and then isolating and testing the products, the researcher can go off to do something else.

“While the optimizations are being performed, the users could be talking to their colleagues about other ideas, they could be working on manuscripts, or they could be analyzing data from previous runs. In other words, doing the more human aspects of research,” Jamison says.

In the new study, the researchers created about 50 different organic compounds, and they believe the technology could help scientists more rapidly design and produce compounds that could be tested as potential drugs or other useful products. This system should also make it easier for chemists to reproduce reactions that others have developed, without having to reoptimize every step of the synthesis.

“If you have a machine where you just plug in the components, and someone tries to do the same synthesis with a similar machine, they ought to be able to get the same results,” Jensen says.

The researchers are now working on a new version of the technology that could take over even more of the design work, including coming up with the order and type of modules to be used.