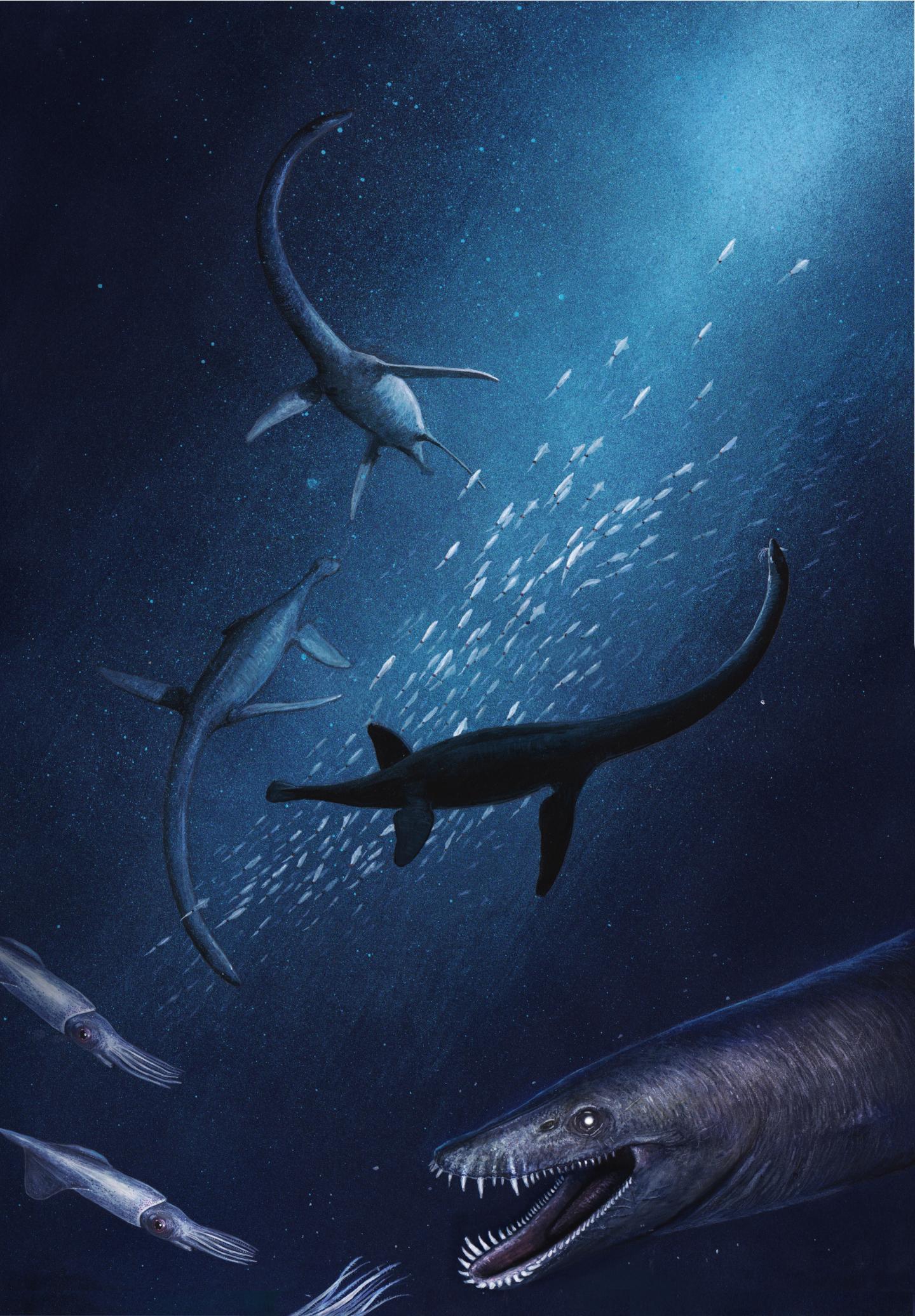 A previously unrecognized 132 million-year-old fossilized sea monster from northern Germany has been identified by an international team of researchers. Findings published in the Journal of Vertebrate Paleontology. Source: Joschua Knuppe

A new dinosaur bearing a resemblance to the mythical Loch Ness monster has been unearthed in Europe.

An internal team of researchers led by Sweden’s Uppsala University identified a fossil found in Northern Germany as a plesiosaur, an extinct species of long-necked aquatic reptiles.

The fossil was discovered in 1964 by private fossil collectors, but scientists were only recently invited to study the specimen, which was christened as Lagenanectes richterae.

Most of the creature’s skull was included in the skeleton, which possessed a meshwork of long-fang like teeth along with four flipper-like appendages with vertebrae, ribs, and bones.

“The jaws had some especially unusual features,” said Dr Jahn Hornung, a co-author of this paper and Hamburg, Germany-based paleontologist. “Its broad chin was expanded into a massive jutting crest, and its lower teeth stuck out sideways. These probably served to trap small fish and squid that were then swallowed whole”.

Another unique aspect of the creature’s jaw was that it appeared to have housed nerves linked to pressure receptors or electroreceptors situated on the outside of its snout. This could have helped the dinosaur located its prey.

The team also noticed the bones displayed evidence of chronic bacterial infections, indicating the animal could have suffered from a long-term disease.

“The most important aspect of this new plesiosaur is that it is amongst the oldest of its kind” said senior study author Dr Benjamin Kear from the Museum of Evolution at Uppsala University, in a statement.

Ultimately, the researchers determined this dinosaur may have belonged to the elasmosaur genus, a type of plesiosaur that appeared to have its evolutionary origins in the seas of Western Europe.

The skull of Lagenanectes will be on display as a centerpiece in the ‘Water Worlds’ exhibition at the Lower Saxony State in Hannover, Germany.

Findings from this excavation were published in the Journal of Vertebrate Paleontology.