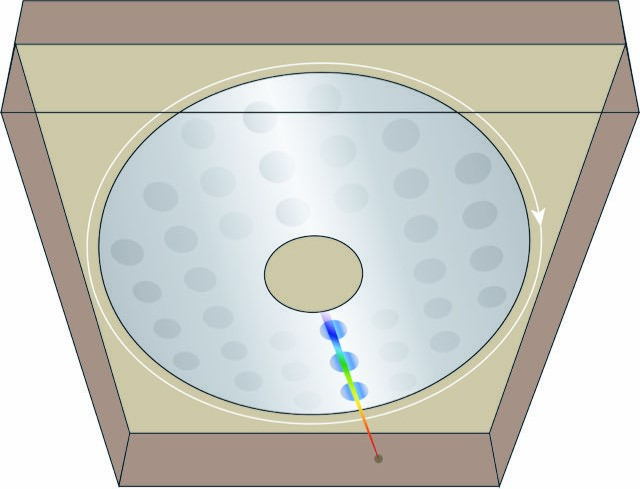 European researchers have developed a scanning device that will more efficiently detect whether or not a patient is hypersensitive to penicillin. (Credit: COBIOPHAD)

A new scanning device using the latest in photonics technology could help millions of people suffering from penicillin allergies when given the antibiotic incorrectly.

A research team running the Horizon 2020 project COBIOPHAD (Compact Biophotonic Platform for Drug Allergy Diagnosis) has developed a device that will allow healthcare professionals to detect whether a patient is allergic to Beta Lactam Antibiotics (BLCs) quicker and more efficiently.

Photonics21, an association representing European photonics stakeholders, said the new allergy detector is a low-cost, bio-photonic device that will be six times faster and 100 times more efficient than current technology, providing more targeted treatment for the more than 2.5 million people in Europe and 5.4 million in the U.S. suffering from hypersensitivity to BLCs—the most commonly prescribed drugs in the penicillin family.

The device works by reading a compact disc-like cartridge with a laser, similar to the way an everyday CD- ROM drive works in a computer.

The cartridge will recognize a specific Immunoglobulin E (IgE), an antibody produced by the immune system that plays a vital part in the manifestation of allergy, using pre-loaded Beta Ladam reagents.

When the patient’s blood sample is run across the cartridge, the device will send out a signal based on the level of hypersensitivity within the patient for 10 different targeted Beta Lactams.

“The COBIOPHAD device aims to take drug hypersensitivity detection into a new era: compared to current tests our device can deliver a rapid diagnosis of the main allergenic BLCs in less than half an hour, making it six times faster,” Exploitation Manager Ian McKay, Ph.D., said in a statement. “With an improved in vitro diagnostic (IVD), we offer a much more patient-friendly alternative to the invasive and risky in vivo testing.

“The COBIOPHAD approach must reach a sensitivity of 80 percent with a detection limit below 0.1 kU per liter. It deploys an increased multiplexing capability, looking at more samples per disc and examines a greater number of BLCs per sample. As a result, the overall system is 100 times more efficient,” he added.

Many people avoid taking penicillin and its relatives because of allergy fears, where symptoms may include wheezing, coughing, breathing problems, tissue swelling or in more serious cases anaphylaxis, which requires urgent medical attention.

The aim of the device is to improve on existing in-vitro allergy detection technology that currently delivers a waiting time of over three hours and a cost of €30 ($32.91).

The new device would be the size of a small notebook computer and could be used in hospitals within the next five years, producing a result in less than 30 minutes at a cost of €2.40 ($2.63) per allergen.