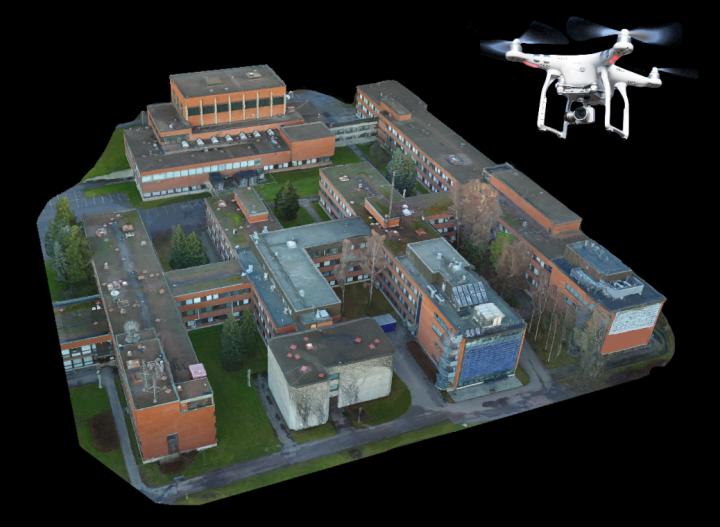 By using both the aerial photographs taken by the drone and photogrammetry software, researchers were able to create highly detailed 3-D models of urban environments. Source: Vasilii Semkin / Aalto University

The development of mobile devices has set increasingly high requirements for wireless networks and the emission of radio frequencies. Researcher Vasilii Semkin together with a research group at Aalto University and Tampere University of Technology has recently tested in their research work how aerial photographs taken using a so-called drone could be used in designing radio links.

By using both the aerial photographs taken by the drone and photogrammetry software, they were able to create highly detailed 3D models of urban environments. These models can be used in designing radio links. Photogrammetry is a technique where 3D objects can be formed from two or more photographs.

'The measurements and simulations we performed in urban environments show that highly accurate 3D models can be beneficial for network planning at millimetre-wave frequencies', Semkin says.

Towards a more cost-efficient design process

'With the technique used by us, the resulting 3D model of the environment is much more detailed, and the technique also makes it possible to carry out the design process in a more cost-efficient way. It is then easier for designers to decide which objects in the environment to be taken into account, and where the base stations should be placed to get the optimum coverage', Semkin explains.