The epoxies predominantly used to coat industrial flooring effectively protect the floor, but often require a long-curing process that could take up to a week and can result in harmful pollutants being emitted into the atmosphere.

The current floor coating market is dominated by two-part epoxies, with polyurethanes, acrylics, and polyurea/polyaspartics also in the market mix. While effective, it is well-documented that many of these coatings emit volatile organic compounds (VOCs) and other hazardous airborne pollutants into the atmosphere.

To combat these issues, the Ohio Soybean Council (OSC) and Light Curable Coatings (LCC) have developed a soybean-based floor coating product that cures almost immediately without the harmful environmental impact.

“We’ve developed this floor coating that is based on soybeans, based on biorenewable raw materials, that is solvent-free, that is free of VOCs and is able to applied and cured much more quickly than epoxies and other coatings on the market place,” Ben Curatolo, PhD, the president of Light Curable Coatings, said in an exclusive interview with R&D Magazine. “Not only is there the biorenewability aspect, but it is also more efficient.”

One of the benefits of the soybean-based coating is that it is easily cured with a UV light.

“Some of the standard epoxy floors, if you have an installation in a warehouse or an airplane hangar it may take a week or more for that coating to be completely dried and ready to use,” said Curatolo. “Ours, you walk a light over it that basically looks like a lawnmower, except there’s a light instead of a blade and as soon as you walk over it, it is completely cured and you can walk over it.” 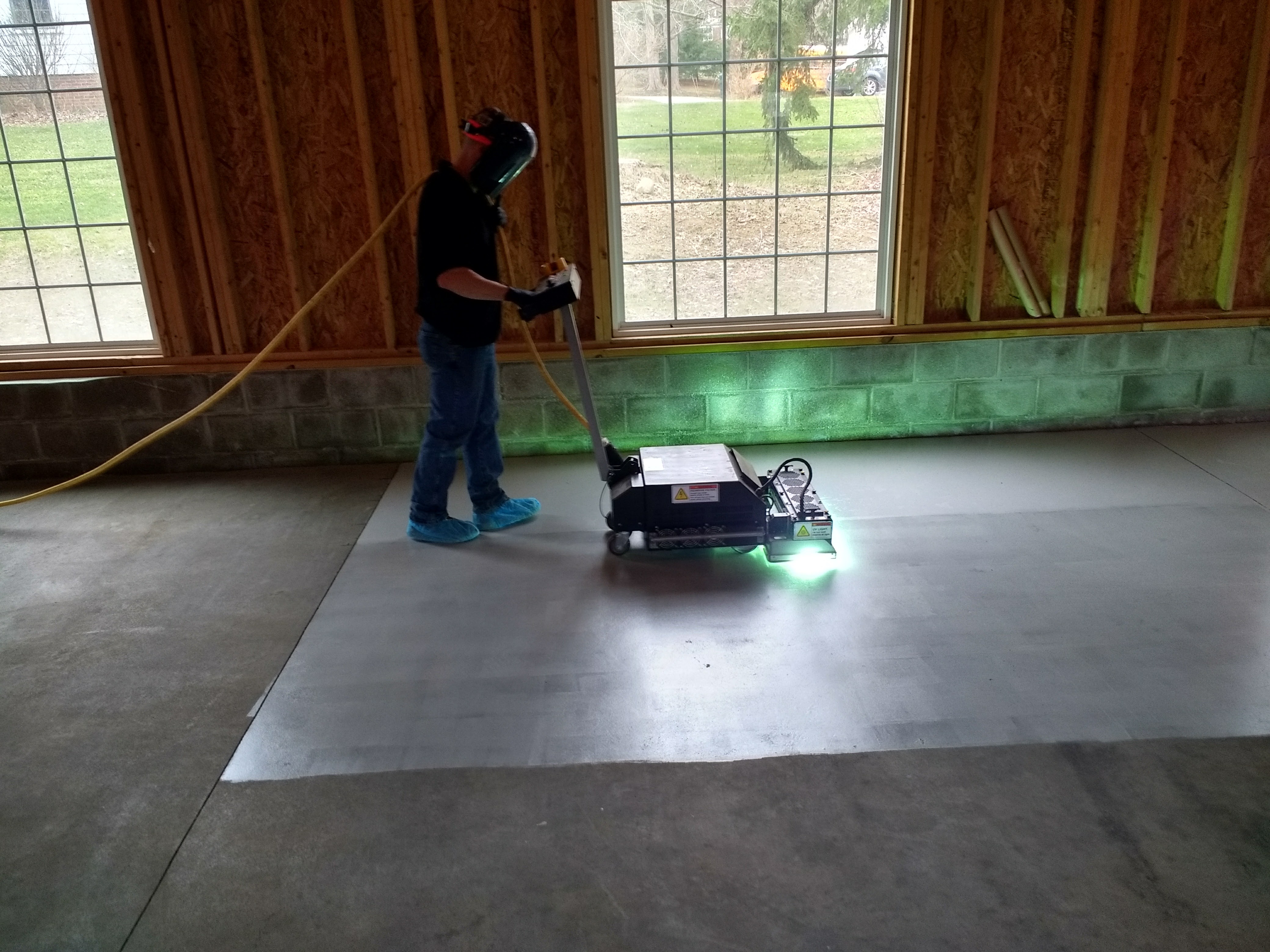 The efficiency of the UV technology significantly reduces the time required to apply a high-performance coating to a floor, cure the coating, and put that floor back into service.

“It’s usually for industrial areas where they want to get that area back and into use really quickly,” Barry McGraw, Director, Product Development and Commercialization at the OSC, said in an interview with R&D Magazine. “Things where if you can’t use that room for a period of time you’re really losing a lot of money.”

The new coating is targeted for a variety of high-traffic buildings, including hospitals, retail stores and industrial warehouses, which are locations where heavy machinery and equipment may be commonly traveling over the flooring.

To coat the flooring in a lot of these types of buildings and businesses with normal epoxy coating, the area could need to be shut off to people for up to a week or more. However, with the soybean-based coating, the researchers said it can be cured almost immediately, saving money on both labor costs and reducing the loss of productivity.

“The cost benefit comes largely from the reduced labor costs,” Curatolo said. “The material costs are comparable or less, but the labor costs are much less because it doesn’t take as much time to apply different layers. It’s something that’s hard to exactly quantify because each job is different but if you have an area where it would take an entire week to apply multiple layers of an epoxy coating and you can do all of ours in one day then obviously you would have much lower costs.”

While they have not tested the coating against every possible chemical, the researchers said it was resistant to many chemicals and solvents that are commonly used in industry, including the major cleaning and automotive fluids. Although it is not known exactly how long the new coating will last before it needs to be replaced, the researchers believe its toughness and resistance is proof that it will last as long or longer than epoxy floor coatings.

Education is sometimes required to get customers on board with the novel product, said researchers.

Because it is a newer concept, the researchers must often prove to a potential contractor client how it works. The team said they often demonstrate on a small floor area how well the soybean-based coating works before they move on to larger areas.