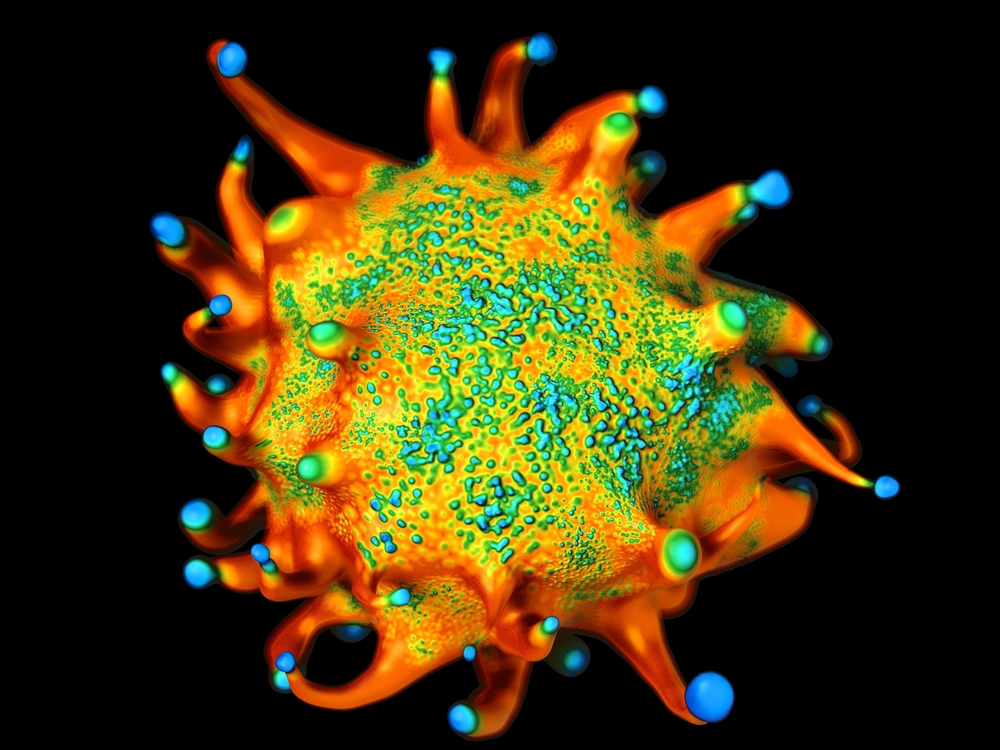 Japan has become the first country to approve a lymphoma drug developed through research at Albert Einstein College of Medicine. This also marks the first time that an Einstein-licensed drug has been approved for patient use.

The new oral drug, called Mundesine, was conceived at Einstein and synthesized at Victoria University of Wellington, New Zealand. It uses an enzyme-inhibition technology developed by Vern Schramm, Ph.D., professor and Ruth Merns Chair in Biochemistry at Einstein. It treats patients with a type of lymphoma called peripheral T-cell lymphoma (PTCL) — a group of aggressive diseases in which patients’ T cells have become cancerous and that accounts for 10 to 15 percent of all cases of non-Hodgkin lymphomas. While rare in the U.S., PTCLs are more common in Asia, Africa and the Caribbean, possibly due to exposure to viruses such as Epstein-Barr virus and the human T-cell leukemia virus. Mundesine has been specifically approved for patients whose PTCL has relapsed (recurred) or is refractory (resistant to treatment).

Until now, few effective treatments were available for these PTCL conditions. Those PTCL patients who relapse following chemotherapy currently live an average of only six more months. “This drug is the first of a novel class of drugs we’ve designed that has received approval,” says Dr. Schramm. “Patients with relapsed or refractory PTCL have been thought to have untreatable cancers, and this approval is an important step in providing them with further treatment opportunities. It’s the culmination of our biomedical goal here at Einstein, which is to transfer new scientific discoveries into better lives for patients.” Dr. Schramm’s pioneering work involves creating molecules called transition-state analogs that block key enzymes from functioning. His findings have led to powerful new strategies for treating cancer, antibiotic resistance and autoimmune diseases. In the case of PTCL, Dr. Schramm’s goal was to inhibit the enzyme purine nucleoside phosphorylase (PNP). When PNP is blocked, the PTCL cancer cells are killed.

To counteract PNP, Dr. Schramm and his colleagues first decoded PNP’s fleeting “transition state” — a structure that forms for less than a billionth of a second when an enzyme converts one chemical into another. The next step was to design a chemical closely resembling PNP’s transition-state structure. That chemical, forodesine hydrochloride, was later formulated into the oral drug product Mundesine. It powerfully inhibits PNP — by binding to the PNP molecules in PTCL patients’ T cells and not letting go. Starving cancerous T cells of PNP allows a chemical called 2’—deoxyguanosine triphosphate to accumulate inside them. This buildup kills the T cells by triggering apoptosis, a type of programmed cell death. The approval of Mundesine® in Japan was based on 19 clinical trials.

The drug was first conceived in Dr. Schramm’s laboratory with support from the General Medical Institute of the National Institutes of Health. Its chemical synthesis was achieved in collaboration with Drs. Peter Tyler and Richard Furneaux at Victoria University of Wellington, New Zealand. Einstein licensed its PNP inhibitor portfolio to BioCryst Pharmaceuticals Inc. BioCryst subsequently entered into an exclusive sub-licensing agreement with Mundipharma to develop and commercialize forodesine in the field of oncology.

MUNDESINE is a registered trade mark (in Japan) of Mundipharma AG.