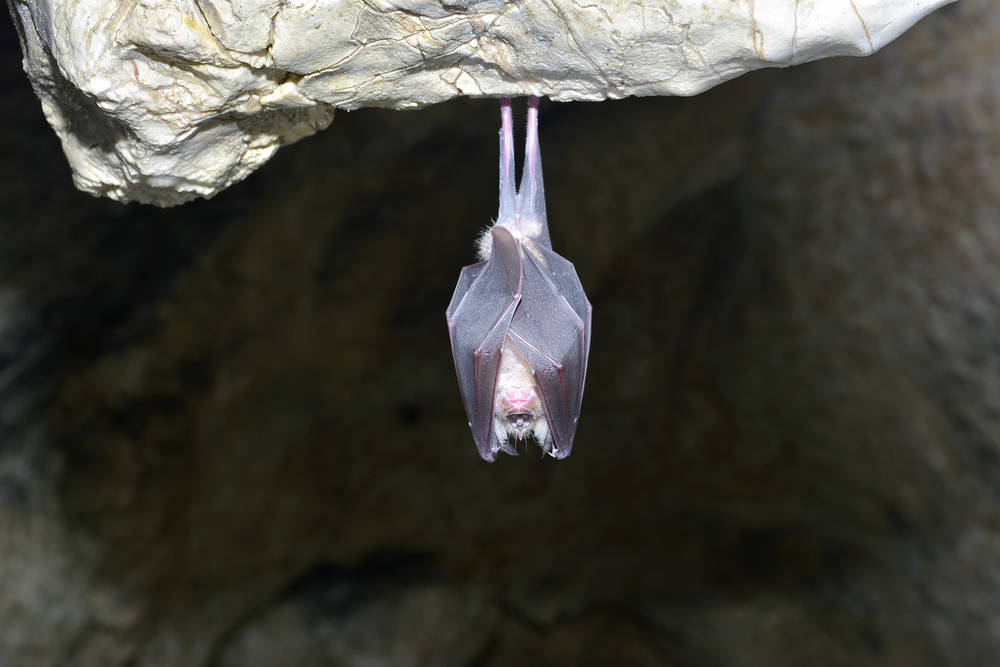 For the first time ever, researchers have measured how fast bats can raise their voice to be heard over noise.

A team from Johns Hopkins University has discovered that it takes 30 milliseconds for bats to raise their voices. The researchers now understand the long-standing mystery regarding the neural mechanism of bat voice control, shedding light on the underpinnings of human speech control.

The research may lead to better treatment for diseases where the Lombard effect—the involuntary tendency of speakers to increase their vocal effort when speaking in loud noise—could be amplified, such as in Parkinson’s disease. This discovery could also help to build assistive medical devices.

The researchers believe that there must be a fundamental temporal reflex rather than the previous thought that a deeper cognitive behavior would take more processing time.

They also discovered how species as diverse as fish, frogs, animals and people share the ability to be heard over noise.

“Scientists have been wondering for a century: Could there be a common auditory process to explain how this phenomenon happens in fish to frogs to birds to humans, species with wildly different hearing systems?” co-author Ninad Kothari, a Johns Hopkins graduate student in psychological and brain sciences, said in a statement. “We resolved this question.”

The researchers examined bats, which rely on sonar-like echolocation—emitting sounds and listening for echoes—to detect, track and catch prey, making them good candidates for a sensorimotor study.

Bat’s high-frequency chirps, which are undetectable to the human ear, are quick and precise, allowing researchers to test the limits of a mammalian brain.

During the study, the researchers trained big brown bats to remain perched on a platform while tracking insects moving towards them on a tether and recorded the bat’s vocalization with an array of microphones while the bat hunted an insect. The bat was able to both hunt in silence and hunt with bursts of interfering white noise at different intensities from a speaker positioned in front of the bat.

The white noise caused the bat to emit louder and louder chirps and when the noise stopped the bat quieted down. The researchers then created a computational model for the Lombard effect that applies to all vertebrates and found that the brain of vertebrates constantly monitors background noise and adjusts the vocal level as necessary.

The researchers found that the auditory system first detects background noise then measures the sound pressure level and adjusts the vocalization amplitude to compensate.

However, when the background noise ends, the sound pressure level and the level of vocalization dissipates.

“Typically, we breathe every three to five seconds, our heart beats once per second, and eye blinking takes one third of a second,” lead author Jinhong Luo, a Johns Hopkins postdoctoral fellow, said in a statement. “If we believe that eye blinking is fast, the speed at which an echolocating bat responds to ambient noise is truly shocking: 10 times faster than we blink our eyes.”

“Our study features echolocating bats as valuable animal models for understanding connections between hearing and vocalizations, including speech control in humans,” Cynthia Moss, a Johns Hopkins professor of psychological and brain sciences and of neuroscience and a co-author, said in a statement.