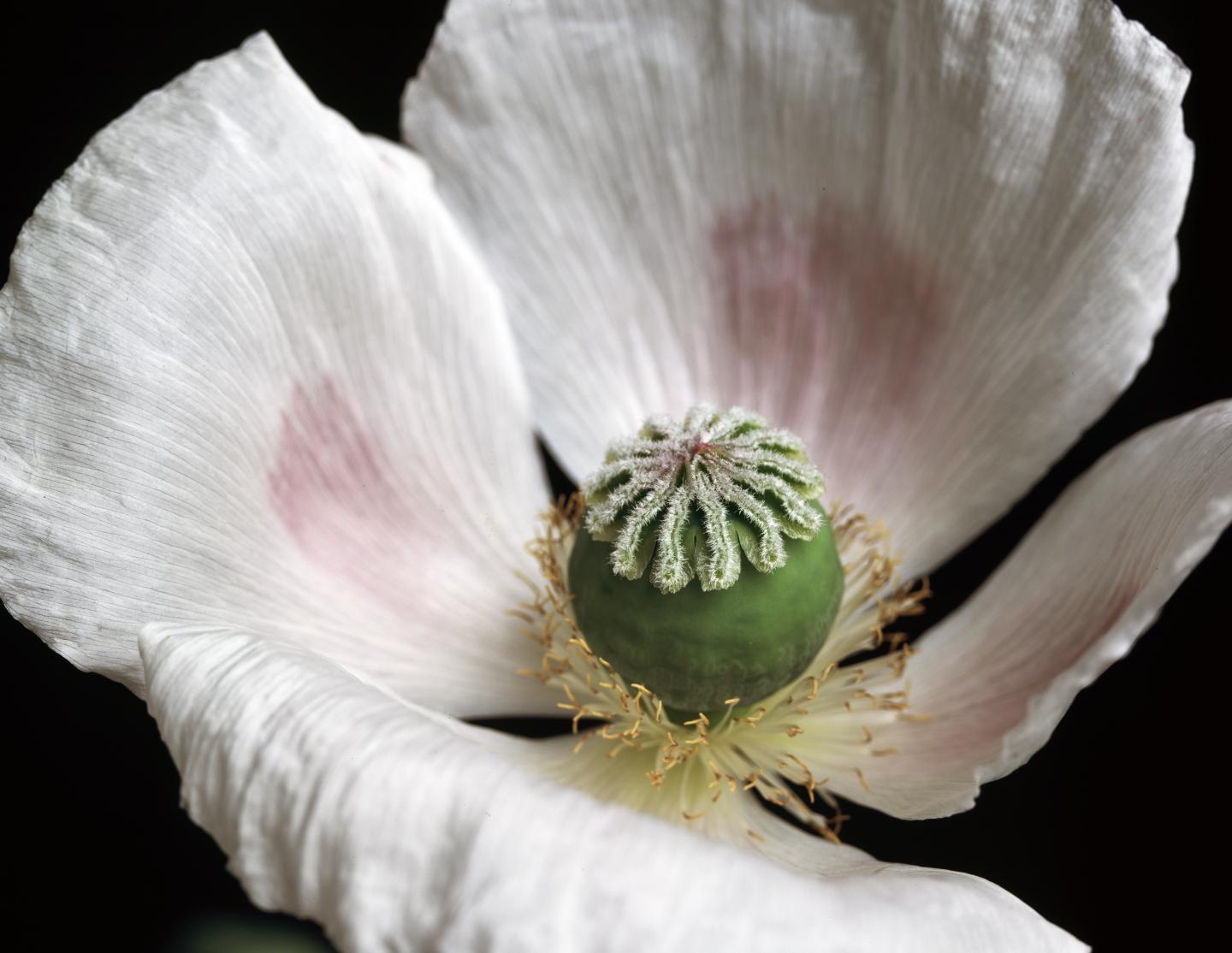 Overdose from opiates has skyrocketed. According to the National Center for Health Statistics, on average, 130 Americans die every day from an opioid overdose. The high cost of antidotes such as NARCAN® prevents many first responders from having access to lifesaving antidotes when they need it most. Researchers at the Donald Danforth Plant Science Center have identified a new method of producing these compounds using a microorganism discovered in a waste stream associated with the processing of opium poppy. This green chemistry process has the potential to greatly reduce the cost of the antidote drugs as well as decrease chemicals currently used that result in large amounts of harmful waste. Details of the discovery were published as the cover story in the journal Nature Sustainability: “Enzyme morphinan N-demethylase for more sustainable opiate processing“.

“Enzymes perform reactions at efficiencies that surpass synthetic chemistry, thereby reducing the cost and impact of drug production on the environment. We work now to optimize production levels of the enzyme to a scale sufficient for industrial processes. Greener manufacturing would make a difference in people’s lives,” said Megan Augustin, lead author and research associate in the Kutchan lab at the Danforth Center.

Naturally occurring opiates, such as morphine and thebaine, are produced in poppy species. Thebaine is converted into painkillers and opiate addiction treatments, the latter requiring a chemical reaction called N-demethylation. Current opiate N-demethylation utilizes noxious reagents, resulting in harmful waste. One way to make opiate production more sustainable is to use enzymes rather than chemicals. Microorganisms provide a rich source of enzymes useful for metabolizing unique compounds in their environment. Augustin and her colleagues probed an opium processing waste stream sample to identify an organism capable of catalyzing opiate N-demethylation. To identify a biocatalyst, a sludge sample was subjected to minimal medium containing thebaine as the sole carbon source. This led to the discovery of Thebainfresser, a Methylobacterium that metabolizes opiates by removing the N-methyl group. N-demethylation was induced following growth in minimal medium, a characteristic that led to discovery of the underlying gene MND (morphinan N-demethylase). The enzyme MND was found to be robust and versatile, N-demethylating structurally diverse substrates at varying temperatures and pH levels. In addition, MND tolerated selected organic solvents and maintained activity when immobilized. These properties make it an attractive candidate for further development for pharmaceutical manufacture.