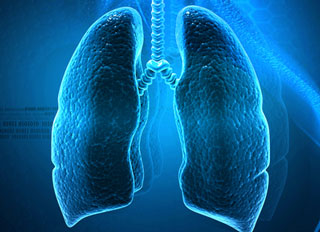 New lung scanning technology developed at Monash University has the potential to transform treatment for millions of people with lung disease in Australia and around the world.

“Monash has a long record of working with industry to apply deep research into practical commercial applications. With this technology, not only will clinicians have a clearer image of what is happening in the patient’s lungs, but it is our aim to detect changes in lung function much earlier than in the past, which will allow clinicians to quantify the effects of treatment by simply comparing measurements from one scan to the next,” said Dr Samarage.

Chairman and CEO of 4Dx Professor Fouras said the 4Dx pre-clinical scanner generates high-resolution images of lung-tissue motion and airflow throughout the lungs, which allows investigators to view and measure abnormal function in specific areas of the lung, before a disease progresses and spreads.

“Current tools are out of date and require two or three pieces of diagnostic information to piece together what is happening in someone’s lungs. Our game-changing diagnostic tool offers images of the breathing lungs, making it possible to see what is really important – not what they look like – but how they work,” Professor Fouras said.

Professor Greg Snell, Head of Lung Transplant Service at the Alfred hospital said it was a significant step.

“This technology has great potential as a new tool for both early diagnosis and management of many very common lung conditions. I think this will be the start of a new way of thinking about diagnostic imaging.”

Cystic Fibrosis Victoria CEO Karin Knoester said it was an important tool to help people treat and manage their condition.

“Any tool that can identify damage at an early stage will be able to inform intervention, with the hope of reducing further damage.”