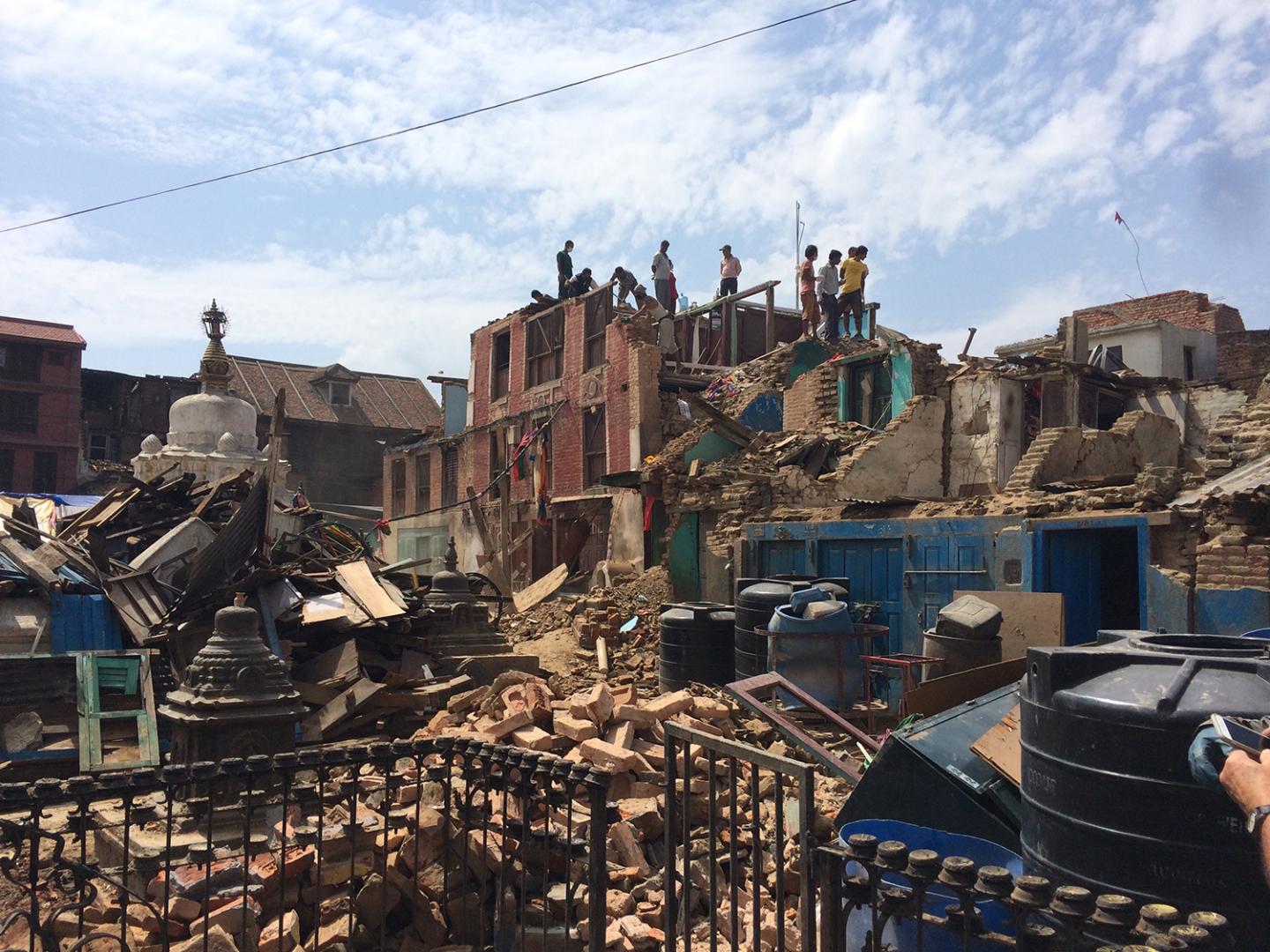 A University of Montana researcher is part of a team whose research is breaking ground on the complexity of earthquakes and the possibility to forecast them. The journal Nature Geoscience features their research online at http://www.nature.com/ngeo/journal/vaop/ncurrent/full/ngeo2734.html.

Rebecca Bendick, who works in UM’s Department of Geosciences, used GPS records of surface motion to map the 7.8 magnitude Gorkha earthquake, which broke a 150-kilometer section of the Himalayas in April 2015, terminating close to Kathmandu.

“Measuring this earthquake tells us that the past history of great Himalayan earthquakes is much more complicated than previously thought,” Bendick said.

The Gorkha earthquake failed to rupture the Himalayan faults all the way to the surface. But rapid initial afterslip occurred north of the earthquake under Tibet during the first six months following the quake, releasing aseismic-moment equivalent to a magnitude 7.1 earthquake.

Bendick said this study shows rather than just rare and extremely large quakes doing all the work, a mixture of smaller and larger quakes cause the Himalayas to edge over India.

“This means our ability to forecast earthquake hazards in the region is even worse than we thought,” she said. “The most important and practical message is that residents of the region should be prepared for more frequent, but perhaps less catastrophic quakes.”

The area just west of the Gorkha quake, spanning western Nepal and the Indian Himalaya has a very high earthquake hazard, Bendick said, with potential for either a large quake or megaquake.

“The pervasive lack of information transfer from earthquake research to people living in zones of high earthquake hazard has led to hundreds of thousands of fatalities in the past decade, a crisis unlikely to change in the future unless basic earthquake literacy is provided to those at risk,” Bendick said.