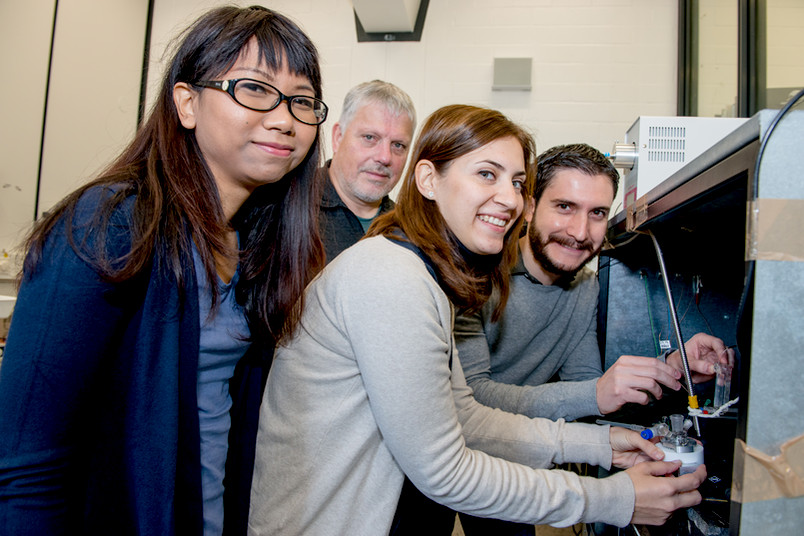 A new biocatalyst polymer system could both efficiently produce and store energy.

Researchers from Ruhr-Universität Bochum in Germany and the Swedish Malmö University in Sweden have developed a hybrid of a fuel cell and capacitor on a biocatalytic basis with the aid of enzymatic processes.

The scientists were able to do this using enzymes embedded in a stable polymer gel, which can store a large amount of energy.

Generally, energy production and storage take place in different systems, which is inefficient and has led to a push towards generating energy and saving it with as little loss as possible.

The biosupercapacitor burns glucose as a fuel at one electrode with the aid of an enzyme, while at the other electrode, an enzyme converts oxygen into water.

Wolfgang Schuhmann, Ph.D., a professor from the Bochum Institute for Analytical Chemistry, explained what the research could ultimately be used for.

“Such a technology could, for instance, be interesting for miniaturized devices, which should even supply themselves with energy wirelessly,” he said in a statement. “This is particularly important for implantable miniaturized sensors.”

In order to establish the electrical contact both enzymes must be embedded in an electron-conducting gel. In this case the team used a redox polymer as the gel for both electrodes.

When charging up and storing energy, the redox polymer at one electrode gives off electrons, making it positively charged.  The other electron was negatively charged because it takes in electrons.

“During the discharging process, the charges equal out and a current flows,” Schuhmann said.

The new system can serve as a permanent source of energy and it is low weight and a high capacity, which enables it to hold a large charge.