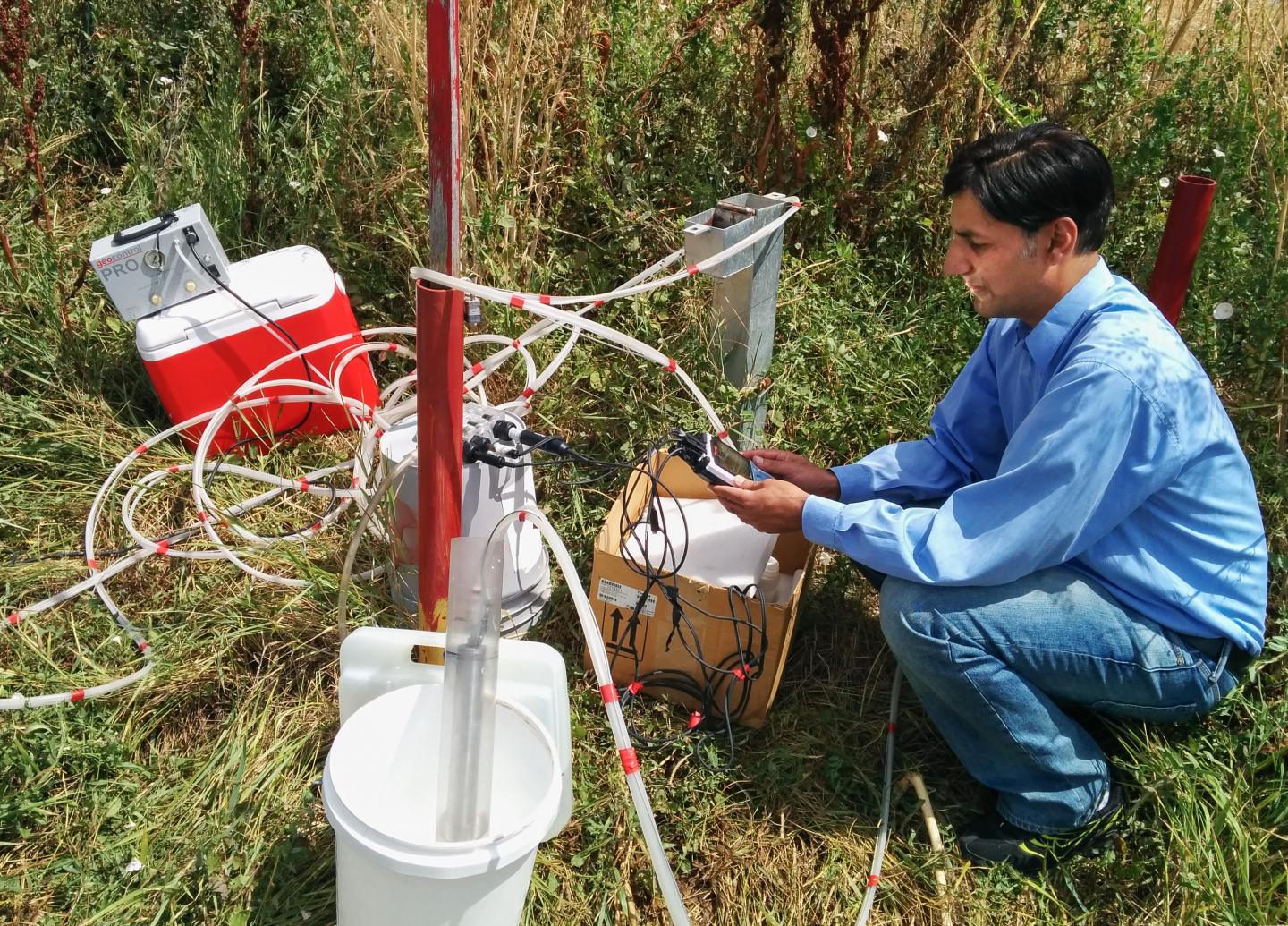 A team of Utah State University College of Engineering researchers developed a new primer – a tool used in DNA amplification – that simplifies the process of identifying bacteria found in soil and groundwater samples. Of interest are the bacteria species equipped with arsenate reductase genes. The genes enable bacteria to transform naturally occurring arsenic into a more toxic version of the element. The team’s findings were published Feb. 1 in Applied and Environmental Microbiology – a leading journal, covering topics in biotechnology, microbial ecology, food microbiology and industrial microbiology.

The authors explain that various bacteria transform, or reduce, arsenic V – known as arsenate – into arsenic III – known as arsenite. Arsenite is more toxic to humans and is more mobile, meaning it moves through the environment more easily and can infiltrate groundwater.

Researchers say a better understanding of the microbial ecosystems that release arsenite is an important first step in reducing the prevalence of arsenic contamination in groundwater.

“Arsenic contamination is one of the biggest problems in drinking water all over the world,” said Dr. Babur Mirza, a researcher at USU’s Utah Water Research Lab and lead author on the study. “This new primer makes it easier for us to see which species of bacteria are present in a sample and whether they have the gene that we’re looking for.”

The new primer – a short strand of DNA that targets the arsenate reductase gene – helps researchers identify which bacteria in a sample have the genes. Without this primer, researchers had to first grow the bacterial cells in a laboratory before extracting their DNA and amplifying the gene. Such steps often reduced microbial diversity and led to biased results.

“Now we can simply add the primer into the reaction and we get quantifiable copies of the reductase genes,” said Mirza. “The copied genes show us which bacteria species are in the sample and tell us new information about the diversity of arsenate-reducing microorganisms.”

As part of the study, the team, led by co-author Dr. Joan McLean, pulled groundwater samples from 20 privately owned wells located in Northern Utah’s Cache County. The results showed that 20 percent of the wells surveyed had arsenate and arsenite concentrations above the drinking water limit of 10 micrograms per liter. Researchers then tested whether the samples containing high arsenite concentrations also had an abundance of the arsenate reductase genetic material. Not surprisingly, they found a direct match.

“We observed a significant correlation between reductase gene abundance and arsenite concentrations in the groundwater samples,” said Mirza. “What this means is that wherever we find arsenite, we can expect to find microbes with arsenate reductase genes and vice versa.”

Mirza said the new primer successfully amplified the reductase genes and made it possible for his team to see a broad diversity of arsenate-reducing microorganisms. He said the new primers will be useful for studying bacteria in a range of environments.

The authors say there are various implications to the study. McLean said a complete picture of the diversity of arsenate-reducing bacteria in a particular environment could lead to improved land use practices and awareness of human activities that may exacerbate the problem.

“With this new information describing the diversity of arsenic-reducing microorganisms, we are further exploring relationships between these organisms and their biogeochemical environments that result in arsenic contamination of groundwater.”