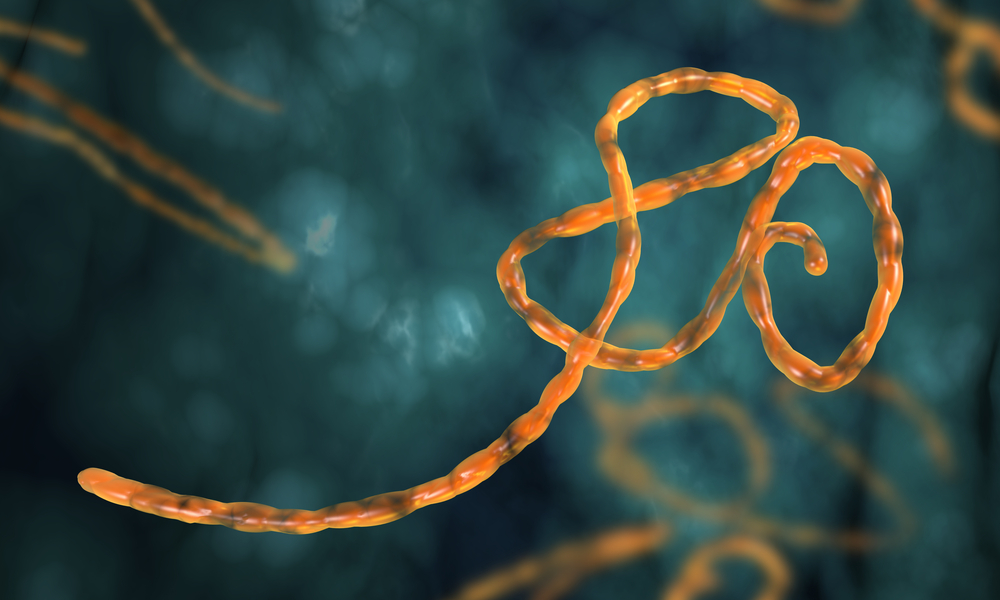 Researchers have identified a potential new way to attack Ebola. Scientists have discovered that a protein called Tim-1 (T-cell immunoglobulin and mucin domain-containing protein 1) plays a key role in the development of the cytokine storm seen in the last stages of Ebola infection. The research was published this week in mBio, an open-access journal of the American Society for Microbiology.

“It was previously thought that the Ebola virus infects all types of cells but not T-cells, but here we show that the Ebola virus directly interacts with T-cells and specifically Tim-1, and that this is one of the mechanisms that triggers a cytokine storm,” said principal study investigator Alexander Bukreyev, PhD, professor in the Departments of Pathology and Microbiology and Immunology, Galveston National Laboratory, University of Texas Medical Branch.

The Ebola virus, commonly lethal within seven to ten days, effectively disables the immune response by a variety of mechanisms. After entering the bloodstream, Ebola heads straight for dendritic cells, the sentinel cells that alert the rest of the immune system to a viral infection. Ebola shuts down this alert system, and left unchecked, the virus multiplies uncontrollably, infecting many organs. Eventually, cells start dying and exploding, releasing their contents into the bloodstream, and the immune system then launches its entire arsenal of weapons at once in what is known as a cytokine storm. While this hurts the virus, it causes massive collateral damage to its host. The more severe the storm, the more likely it is lethal. While several vaccines and therapeutic strategies are currently being assessed, supportive care remains the primary method of treating patients with Ebola.

In the new study, the researchers focused on studying Tim-1 because it was recently demonstrated to be an attachment factor for the Ebola virus. Dr. Bukreyev and colleagues demonstrated that Tim-1 knockout mice had a modified inflammatory response to Ebola infection and some of the mice survived a lethal Ebola virus challenge. In vitro studies demonstrated the Ebola virus directly binds to the Tim-1 protein, activating CD4 T-cells and triggering the cytokine storm.

“This study is important because it shows direct interaction of Ebola virus with T-cells, despite the apparent absence of detectable viral replication in T-lymphocytes. Ebola virus directly binds to isolated T-lymphocytes in a Tim-1-dependent manner,” said Dr. Bukreyev. The knowledge, he said, could be used to develop novel therapeutics to target Tim-1 or the cascade of reactions triggered by Tim-1, in order to reduce the cytokine storm.