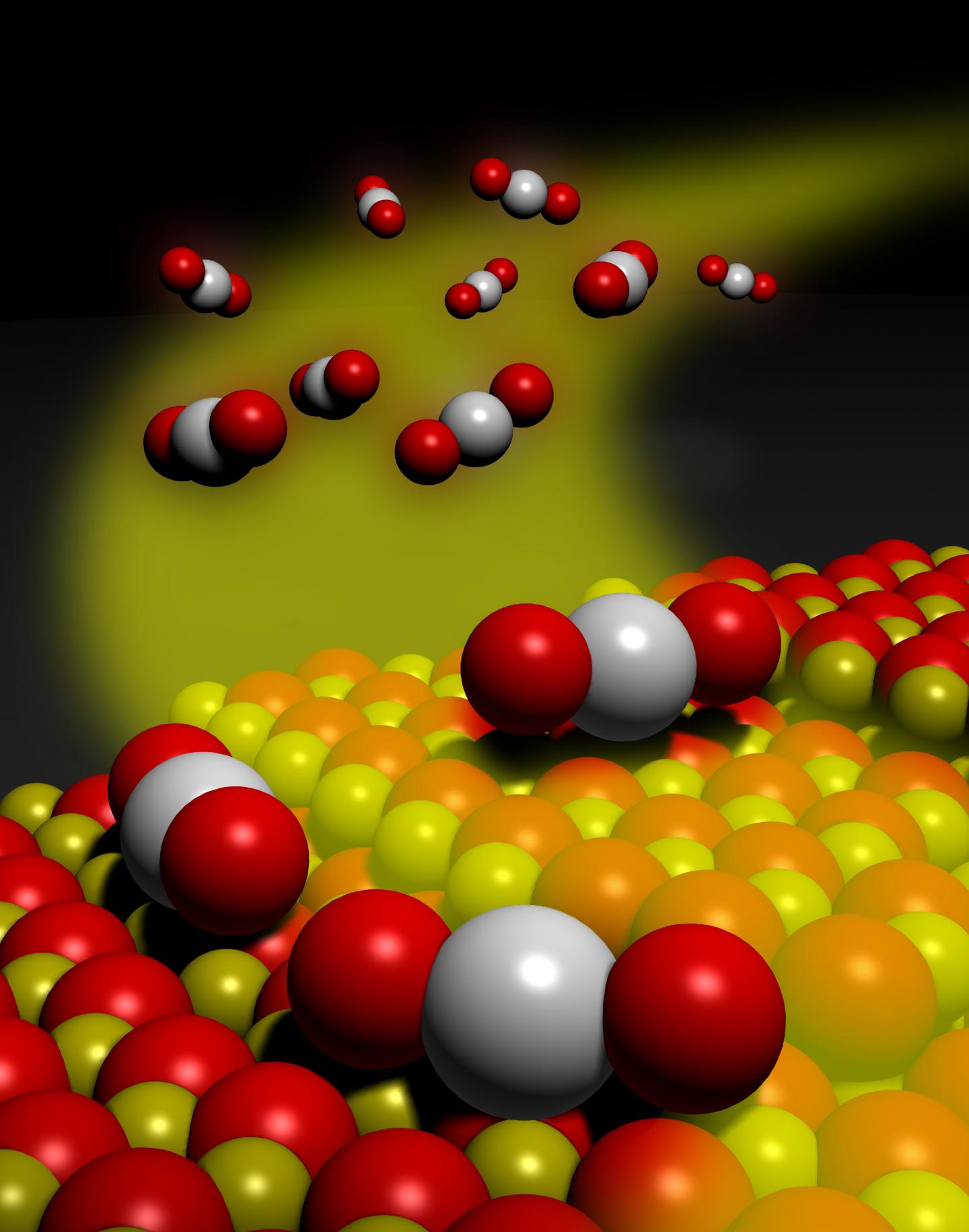 Researchers have developed a way to use less platinum in chemical reactions commonly used in the clean energy, green chemicals, and automotive industries, according to a paper in Science.

Led by the University of New Mexico in collaboration with Washington State University, the researchers developed a unique approach for trapping platinum atoms that improves the efficiency and stability of the reactions.

Because of its expense and scarcity, industries are continually looking to use less of it and to develop catalysts that more efficiently use individual platinum atoms in their reactions. At high temperatures, however, the atoms become mobile and fly together into clumps, which reduces the catalyst’s efficiency and negatively impacts its performance. This is the primary reason why catalytic converters must be tested regularly to ensure they don’t become less effective over time.

“Precious metals are widely used in emission control, but there are always the issues of how to best utilize them and to keep them stable,” said Yong Wang, Voiland Distinguished Professor in the Gene and Linda Voiland School of Chemical Engineering and Bioengineering and a co-author on the paper. “You want to use as little as possible to achieve your objectives, but it’s normally hard to keep the atoms highly dispersed under working conditions.”

“The atom-trapping technique should be broadly applicable for preparing single-atom catalysts,” said Abhaya Datye, a Distinguished Regents’ Professor of Chemical and Biological Engineering at The University of New Mexico, who led the study. “It is remarkable that simply combining the ceria with a platinum catalyst was sufficient to allow trapping of the atoms and retaining the performance of the catalyst.

“Even more surprising is that the process of trapping occurs by heating the catalyst to high temperatures – precisely the conditions used for accelerated aging of these catalysts,” he added.

Adding the cerium oxide to the catalyst is a simple process, too, with no exotic precursors needed.

“This work provides the guiding principles, so that industry can design catalysts to better utilize precious metals and keep them much more stable,” added Wang.