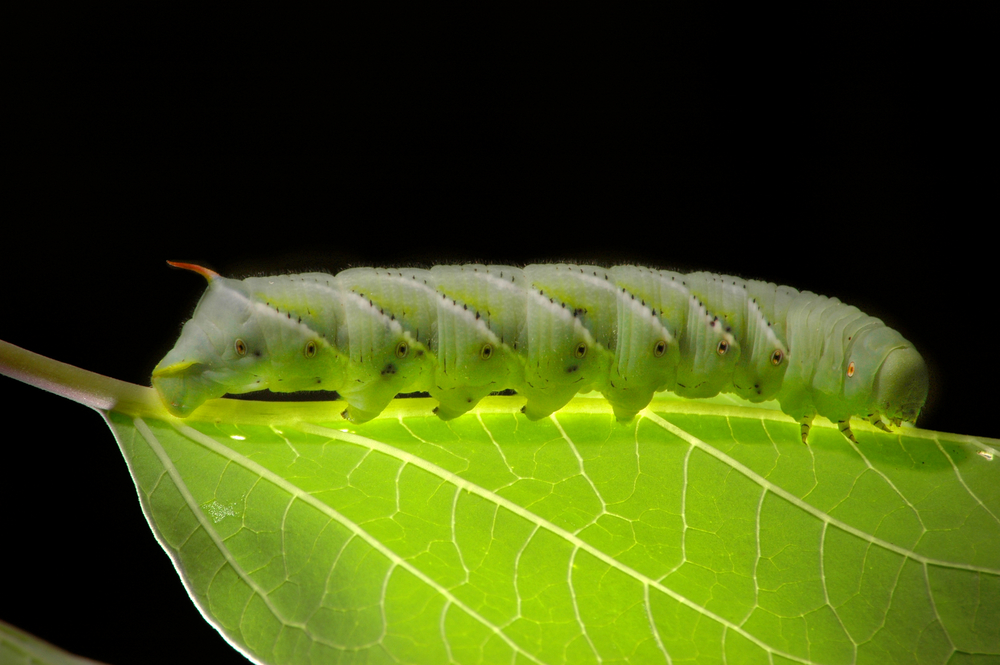 A Kansas State University-led international team has sequenced the genome of the tobacco hornworm – a caterpillar species used in many research laboratories for studies of insect biology.

Michael Kanost, Kansas State University distinguished professor of biochemistry and molecular biophysics, led the team of 114 researchers from 50 institutions and 11 countries. Gary Blissard of the Boyce Thompson Institute at Cornell University is the co-senior author.

The researchers have published their work “Multifaceted biological insights from a draft genome sequence of the tobacco hornworm moth, Manduca sexta” in the journal Insect Biochemistry and Molecular Biology. The scientists have made the genome sequence available to the public through the National Agricultural Library.

“This project represents years of collaborative research across the world,” said Kanost, who studies insect immune systems. “We wanted to provide these valuable data to scientists, and our hope is that this sequenced genome will stimulate new research in molecular studies of insects.”

The tobacco hornworm, or Manduca sexta, develops into the Carolina sphinx moth. The name Manduca comes from the Latin word for glutton because these caterpillars eat so much.Manduca sexta occurs naturally in North, Central and South America and is a known pest to gardeners: It eats the leaves of tomato plants and also can be found on pepper, eggplant and potato plants. Crops and weeds from this plant family, which includes tobacco, produce chemicals such as nicotine that deter feeding by most insects, but not Manduca sexta, which makes its physiology especially interesting to scientists.

The sequenced genome can lead to improved molecular biology, physiology and neurobiology research in insects and also may help in developing future new methods for insect pest management. The tobacco hornworm is a good model species because its large size — the caterpillar can measure up to 4 inches long — makes it easy to gather tissue samples.

“Some of the same kind of proteins exist in caterpillar blood and human blood,” Kanost said. “These proteins have similar functions in the immune system. By studying mechanisms and molecules, we can look at the similarities and differences between caterpillars and humans in how immunity functions and evolves.”

Kanost has studied the tobacco hornworm for decades, and he and Blissard decided to start the collaborative project to sequence the tobacco hornworm’s genome in 2009. Kanost’s research focuses on proteins in caterpillar’s blood and how insects protect themselves against infections.

Collaboratively, the research team sequenced the DNA that encodes the genes as well as the RNA from the insect at different developmental stages to identify when different genes are expressed and in which tissues and organs.

Kanost and the Kansas State University research team prepared and purified the DNA of the tobacco hornworm and sent the samples to the Baylor College of Medicine Human Genome Sequencing Center in Houston, which performed the genome sequencing.

The international team used a common computer system so that the researchers from around the world could analyze the gene sequences based on their areas of expertise. By combining their specialties, the researchers created the official gene set.

Now that the genome has been sequenced, Kanost and collaborators can use proteomics to identify proteins in the caterpillar’s blood and other tissues.