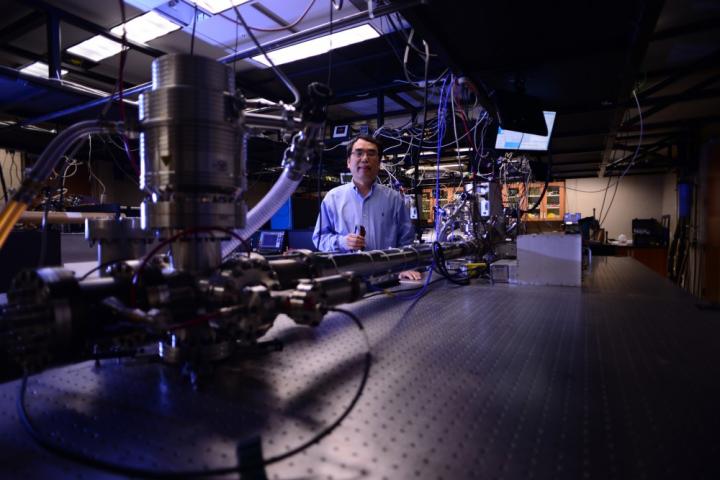 A research team at the University of Central Florida has demonstrated the fastest light pulse ever developed, a 53-attosecond X-ray flash.

The group led by Professor Zenghu Chang beat its own record set in 2012: a 67-attosecond extreme ultraviolet light pulse that was the fastest at the time.

At one-quintillionth of a second, an attosecond is unimaginably fast. In 53 attoseconds, light travels less than one-thousandth of the diameter of a human hair.

As reported Aug. 4 in Nature Communications, the pulses Chang has now demonstrated are not just shorter in duration, but also in wavelength. The new light reaches an important spectral region, the so called “water window,” where carbon atoms absorb strongly but water does not.

“Such attosecond soft X-rays could be used to shoot slow-motion video of electrons and atoms of biological molecules in living cells to, for instance, improve the efficiency of solar panels by better understanding how photosynthesis works,” said Chang, a UCF Trustee Chair Professor in CREOL, The College of Optics & Photonics, and the Department of Physics. Chang is the director of the Institute for the Frontiers of Attosecond Science and Technology (iFAST), located in the Physics Department, where the experiments were carried out.

X-rays interact with the tightly bound electrons in matter and may reveal which electrons move in which atoms, providing another way to study fast processes in materials with chemical element specificity. That capability is invaluable for the development of next-generation logic and memory chips for mobile phones and computers that are a thousand times faster than those in use today.

Producing attosecond X-rays requires a new type of high power driver: femtosecond lasers with a long wavelength. It’s an approach that Chang and his team have pioneered.