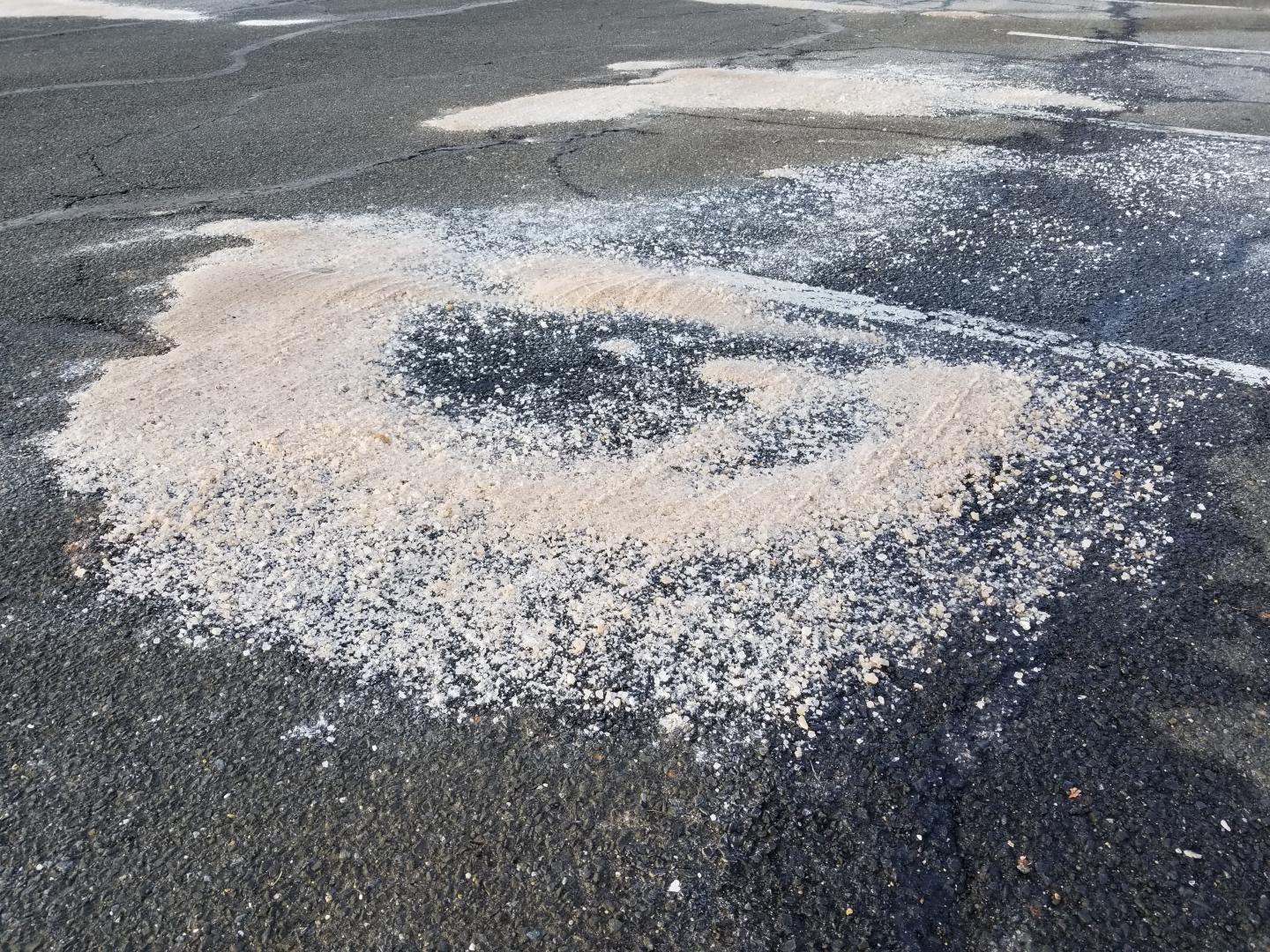 Salt applied to roadways as a wintertime deicer has been shown to make significant contributions to increased salinity in freshwater streams in the United States, Europe and elsewhere. New research suggests that saltier water also liberates toxic metals and harmful nitrogen-containing compounds from streambeds and soils, creating dangerous “chemical cocktails” that can be more damaging than individual pollutants alone. Credit: Joseph Galella/University of Maryland

A recent study led by University of Maryland researchers found that streams and rivers across the United States have become saltier and more alkaline over the past 50 years, thanks to road deicers, fertilizers and other salty compounds that humans indirectly release into waterways. The team named this effect “Freshwater Salinization Syndrome.”

New research from the same UMD-led group takes a closer look at the global, regional and local consequences of Freshwater Salinization Syndrome. The group found that salty, alkaline freshwater can release a variety of chemicals, including toxic metals and harmful nitrogen-containing compounds, from streambeds and soils in drainage basins. The results further suggest that many of these chemicals travel together throughout watersheds, forming “chemical cocktails” that can have more devastating effects on drinking water supplies and ecosystems when compared with individual contaminants alone.

The group’s latest work, which includes field observations from the Washington, D.C. and Baltimore metropolitan areas, highlights the need for new and more comprehensive regulation and pollution management strategies. The research team published its findings December 3, 2018 in the journal Philosophical Transactions of the Royal Society B.

“The bottom line of our findings is that when humans add salt to waterways, that salt also releases a lot of dangerous collateral chemicals,” said Sujay Kaushal, a professor of geology at UMD and lead author of the study. “It’s clear that regulatory agencies need to find new ways to address these ‘chemical cocktails’ released by saltier water, rather than looking at individual freshwater pollutants one by one.”

Kaushal and his colleagues’ latest research project investigated the impacts of chemical cocktails created by saltier water in more detail. The group began by assessing previously published data from rivers in the U.S., Europe, Canada, Russia, China and Iran, substantially expanding the geographic boundaries of the researchers’ previous work. Their analysis suggests that Freshwater Salinization Syndrome could be a global phenomenon, with the most conclusive support showing a steady trend of increased salt ions in both U.S. and European rivers. These trends trace back at least 50 years, with some data reaching back far enough to support a 100-year trend.

?”Given what we are finding, I continue to be surprised by the scope and magnitude of the recent degradation of Earth’s surface waters,” said study co-author Gene Likens, president emeritus of the Cary Institute of Ecosystem Studies and a distinguished research professor at the University of Connecticut. “The formation of novel chemical cocktails is causing deterioration far beyond my expectations.”

In the snowy Mid-Atlantic states and New England, road salt applied to roadways in winter is a primary cause of Freshwater Salinization Syndrome. Kaushal and his colleagues took a deeper dive into the chemical consequences of road salt by performing detailed field studies in streams located near Washington, D.C. and Baltimore.

In one set of observations, the researchers sampled water from the Paint Branch stream near the UMD campus before, during and after a 2017 snowstorm. This aspect of the study allowed the team to trace the effects of road salt washed into the streams by the melting snow.

“We thought it would be interesting to get a view of the chemistry in an urban river throughout a snowstorm,” said Kelsey Wood (B.S. ’15, geology), a geology graduate student at UMD and a co-author of the study. “Salt concentrations during the snowstorm were surprisingly high–it was like we were analyzing sea water. But we weren’t expecting such a high corresponding peak in metals.”

Previous research has shown that very salty water can force metals–especially copper, cadmium, manganese and zinc–out of streambed soils and into stream water. In the Paint Branch stream, Kaushal and his colleagues noted large spikes in copper, manganese and zinc immediately following the snowstorm. In a similar set of observations in Washington, D.C.’s Rock Creek, the team observed notable spikes in cadmium, copper and zinc following other snowstorms.

In another series of experiments, the researchers artificially added salt to the Gwynns Falls stream near Baltimore to simulate what happens during a snowstorm and measured copper concentrations in the water before, during and after adding salt. The downstream data showed an instant spike in copper released from the streambed, suggesting a direct connection between the stream’s salt content and copper in the water.

Salt ion concentrations can stay high for months following a storm, Kaushal added. This lengthens the amount of time that salt can draw metals from the soil, resulting in harmful cocktails of metals and salts transported far downstream.

“Looking at water quality data over several months in the winter, salt remains high and rarely has a chance to return to baseline before the next storm comes through and more salt is put on the roads,” said Kaushal, who also has an appointment in UMD’s Earth System Science Interdisciplinary Center. “This high salt load not only liberates metals and other contaminants, but there is also evidence that the initial salt pulse releases other salt ions from the streambed and soils, such as magnesium and potassium, which further contribute to keeping overall salt levels high.”

In the heavily agricultural Midwest and areas of the Mid-Atlantic states, agricultural fertilizers are a significant cause of Freshwater Salinization Syndrome. To investigate further, the research team looked at water quality data from 26 different U.S. Geological Survey (USGS) monitoring sites along rivers in these areas.

These USGS stations collected data every 15 minutes on salinity, pH and nitrate ions–a harmful byproduct of agricultural fertilizers and other contaminants. These high-frequency measurements gave the research team valuable real-time insights, with several of the rivers showing a clear and nearly immediate connection between increased salinity and nitrate concentrations.

“To me, this study highlights the need to view salt as an emerging contaminant in freshwater,” said Shahan Haq (B.S. ’14, physical sciences), a geology graduate student at UMD and a co-author of the study. “Salt’s ability to move heavy metals like copper from sediments into the water could have dangerous implications for our drinking water and could be toxic to wildlife. Our observations suggest that some rivers are already at risk, especially here in the eastern U.S. directly following road salt applications.”