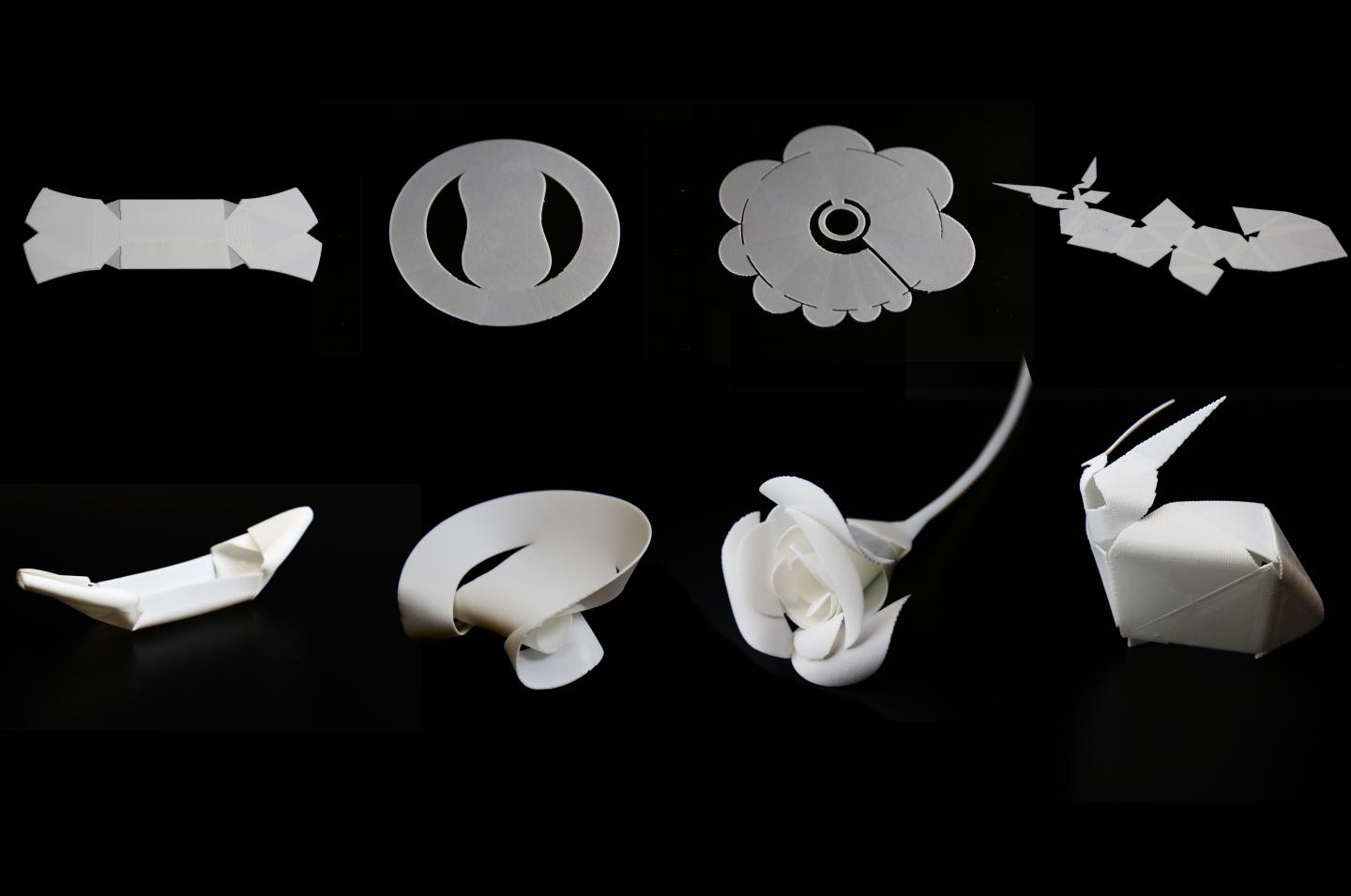 Researchers from Carnegie Mellon University have developed a new technique that allows them to 3D print flat plastic items that fold themselves into predetermined shapes when heated.

The technique, known as Thermorph, could be the first step towards products like flat-pack furniture that assumes its final shape with the assistance of a heat gun, or emergency shelters that are shipped flat and fold automatically into shape under the warmth of the sun.

Self-folding materials are quicker and cheaper to produce than solid 3D objects. This makes it possible to replace non-critical parts and produce prototypes using structures that approximate the solid objects. For example, molds for boat hulls and other fiberglass products could be produced using these materials at a lesser cost.

Attempts to develop self-folding materials in the past have relied on exotic and expensive materials or sophisticated processing techniques that were rare and ramped up the cost of the process. However, the new method uses an FDM printer—the least expensive type of 3D printer.

“We wanted to see how self-assembly could be made more –democratic—accessible to many users,” Lining Yao, assistant professor in the Human-Computer Interaction Institute and director of the Morphing Matter Lab, said in a statement.

FDM printers lay down a continuous filament of melted thermoplastic, which contain residual stress. As the materials cool and the stress is relieved, the thermoplastic tends to contract, which can result in warped edges and surfaces, a problem referred to as warpage.

The researchers took advantage of this property by varying the speed at which thermoplastic material is deposited and combined warp-prone materials with rubber-like materials that resist contracture.

When flat, hard plastic is placed in water that is hot, but not hot enough to melt, it will turn soft and rubbery, triggering the folding process.

The researchers replaced the 3D printer’s  open source software with their own code, which automatically calculates the print speed and patterns necessary to achieve particular folding angles.

“The software is based on new curve-folding theory representing banding motions of curved area,” Byoungkwon An, a research affiliate in HCII, said in a statement. “The software based on this theory can compile any arbitrary 3D mesh shape to an associated thermoplastic sheet in a few seconds without human intervention.”

To demonstrate the Thermorph platform, the researchers designed and printed complex self-folding geometries  with up to 70 faces, including 15 self-curved geometric primitives and 4 self-curved applications, such as chairs, a bunny and flowers.

According to the study, the new method saves between 60 and 87 percent of the printing time for all of the shapes chosen when compared to standard 3D printing.

The study was published in ACM Digital Library.