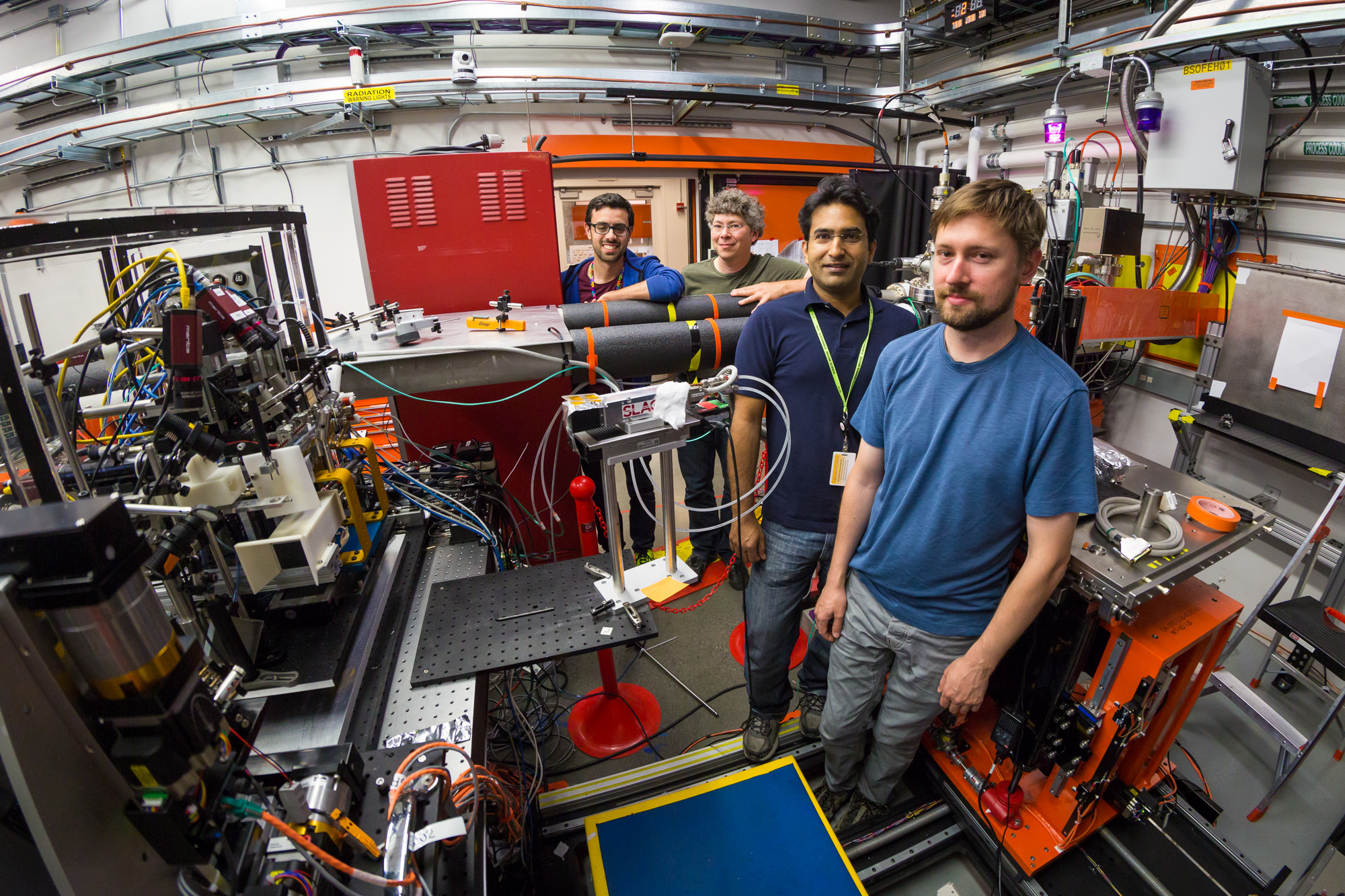 A mystery that has perplexed scientists for centuries may soon be unraveling.

Researchers at the Department of Energy’s SLAC National Accelerator Laboratory have captured for the first time how a protein complex—photosystem II—harvests energy from sunlight and uses it to split water into hydrogen and oxygen, a process that generates the oxygen in the atmosphere.

Using new X-ray methods, scientists were able to capture the highest-resolution room-temperature images of the protein complex, which allows scientists to closely watch how water is split during photosynthesis at the temperature at which it occurs naturally.

Uwe Bergmann, Ph.D., a distinguished scientist at SLAC and co-author of the paper that first appeared in Nature, said in an interview with R&D Magazine by viewing photosynthesis in its natural occurrence scientists can finally learn about the process that has been around since the beginning of time.

“It is believed that this process of how this is done has never changed since the beginning,” Bergmann said. “I believe we are at the final step, I believe we have all the tools together of finally cracking this 3-billion-year old puzzle, mainly what exactly goes on in photosynthesis.”

By understanding photosynthesis further, scientists may be able to develop ways to create artificial photosynthesis devices that can serve as potential clean energy sources.

Bergmann said the advancements in lab equipment has led to the breakthrough viewing photosynthesis.

“We simulate the sun with a short laser flash in the laboratory to synchronize the process,” he said. “You need to have a really well defined power of your optical laser, which simulates the sunlight, you need to have a well-defined time difference between the flashes.

“We believe that we have the system which can do it pretty much in place now.”

Until recently, scientists were only able to view the resting state of photosynthesis in detail using samples that were frozen. However, by using higher resolution imaging they were able to see two crucial steps in photosynthetic water splitting under normal conditions, which will lead to further research on how the process works in detail.

Samples experienced radiation damage from previous high-resolution studies of the system at synchrotron light sources from the longer exposure to X-rays. However, the researchers at LCLS were able to take advantage of the ultrafast laser pulses to collect X-ray crystallography and spectroscopy data before damage occurred.

During another recent experiment at SACLA, the only other operating hard X-ray free-electron laser, scientists were able to look at the first step in the cycle in a frozen sample and under dark conditions—which means the water-splitting reaction had not yet been initiated in the protein complex.

The scientists were able to place droplets of the sample in a solution with small, crystallized forms of the photosystem II on a moving conveyor belt and illuminated the samples with pulses of green light from a laser to initiate the water-splitting reaction. After two light pulses, the images of the crystals were captured using X-rays with a resolution finer than 2.5 angstroms—significantly better than previously achieved at room temperature.

The water-splitting reaction takes place at a metal catalyst within the photosystem II protein, known as the oxygen-evolving complex, which is made up of four manganese atoms and one calcium atom.

The protein complex uses the energy from light to form pure oxygen from two water molecules, where the four manganese atoms are critical in shuffling electrons through the cycle.

However, it is unknown where exactly in the complex the involved water is located or where the oxygen formation occurs.

The researchers were able to sort this out by using ammonia—a water substitute—to narrow down where oxygen atoms from two water molecules combine to form an oxygen molecule. If the ammonia was bound to a site and the reaction still proceeded, then that site is unlikely to be part of the oxygen molecule formation.

The result of this experiment conflicted with two leading theories for how the reaction proceeds within the oxygen-evolving complex.

The same technique will now be used in future studies where researchers hope to capture more images at different steps of the process, which will allow them to further refine the details of the water-splitting reaction.

Bergmann described photosynthesis as one of the oldest mysteries of the planet because more than 3 billion years ago the atmosphere of the Earth was mainly carbon dioxide and methane and there was no oxygen in the atmosphere.

According to Bergmann, life had evolved over time in the form of very simple bacteria, some of which began to use the electrons, which you can get by splitting two water molecules. At the time, the oxygen byproduct from the water molecules was toxic because no life on Earth was prepared for that byproduct.

“That really changed the history of the planet and that happened about 3.2 billion years ago,” Bergmann said.

Bergmann said he expects some big scientific advancements regarding photosynthesis.

“It is a race and we are approaching the finishing line of a marathon,” he said. “Everyone has a different strategy how to go about this and at the end of the day you do need to do this work at room temperature in real time at the conditions that the real leaf of a tree or bacteria in the ocean performs this reaction.

“This is a game changer and to do it with atomic resolution has been impossible in the past.”

The international research team is a long-standing collaboration between SLAC and Berkeley Lab and includes Humboldt University in Germany, Umeå University and Uppsala University in Sweden, Stanford University, Brookhaven National Laboratory and University of Oxford in the United Kingdom.

The study, which appeared in Nature on Nov. 21, can be viewed here.