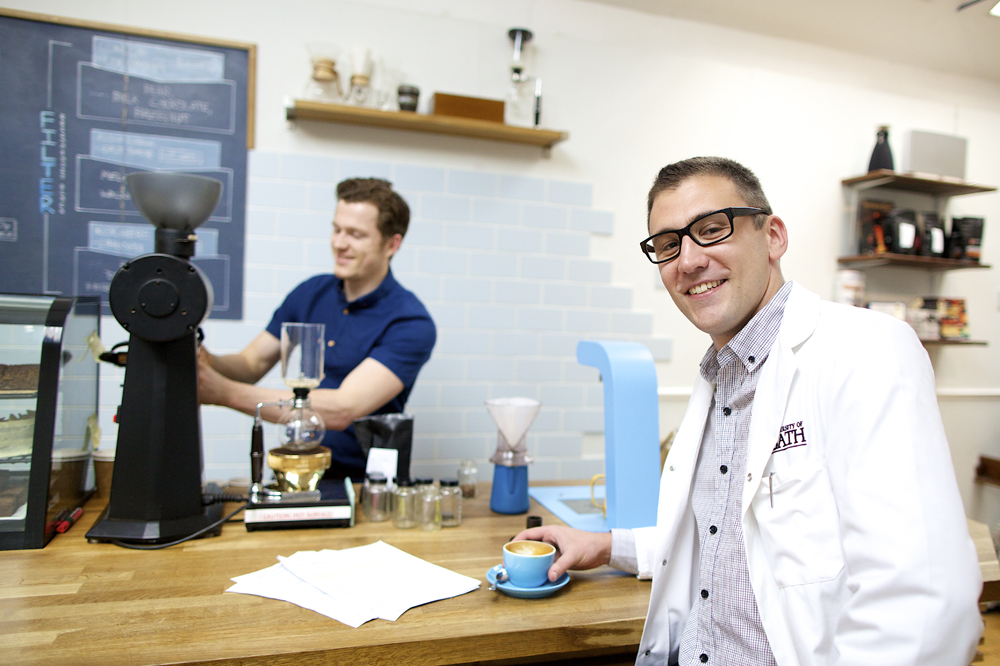 In the lead up to the World Barista Championships, University of Bath scientists say brewing more flavorsome coffee could be as simple as chilling the beans before grinding.

A team from the University working with renowned Bath coffee shop Colonna & Smalls found that chilling roasted beans before grinding resulted in narrower distribution of small particles, which during the brewing process allows access to more flavour from the same amount of coffee.

Coffee is among the most valuable traded commodities globally, worth $17.9TUSD to the U.S. economy in 2015 alone. This discovery could have big implications for the coffee industry and might even allow domestic coffee connoisseurs to brew tastier beverages.

The team studied the effect of grinding beans at different temperatures, from room temperature to -196°C, and discovered that the colder the beans the finer and more uniform the particles were from the grind.

That's important, because small uniform coffee grinds allow for better extraction of the flavor compounds - allowing you to brew more coffee and get more flavor.

Christopher Hendon, a chemistry Ph.D. student at the University of Bath at the time of the study, now working at the Massachusetts Institute of Technology, said: "What you're looking for is a grind that has the smallest difference between the smallest and largest particle. If you have small grinds you can push flavour extraction upwards. We found that chilling the beans tightens up this process and can give higher extractions with less variance in the flavour - so you would have to brew it for less time, or could get more coffee from the same beans.

"It will alter the taste, because subtle changes in particle size distributions make a huge difference in rate of extraction. I wouldn't be surprised if people struggled to achieve balanced extractions.

"It could have a major impact for the industry. People are trying to produce a very high quality drink with really quite powerful tools and are willing to try new things."

The study, highlighted in Nature, is published in Scientific Reports.

Maxwell Colonna-Dashwood, co-owner of Colonna & Smalls, said: "Grinding coffee may seem quite straightforward - break coffee up into a lot of tiny bits so you can dissolve it in water. But like the whole world of coffee the subtleties of the process have a huge impact on the flavour and quality of the cup of coffee. The ability to understand grinding more comprehensively has the dual impact of allowing us to make better tasting coffee and to be more efficient in the way we do that.

"The research suggests that temperature of bean needs to be more constant to help us achieve consistent grinds. It suggests that cooler temperatures will allow us to maximise surface area and utilise more of the coffee. All of this will impact on how we prepare coffee in the industry, I bet we will see the impact of this paper in coffee competitions around the globe, but also in the research and development of new grinding technology for the market place."

The World Barista Championships take place in Dublin between June 22-25.