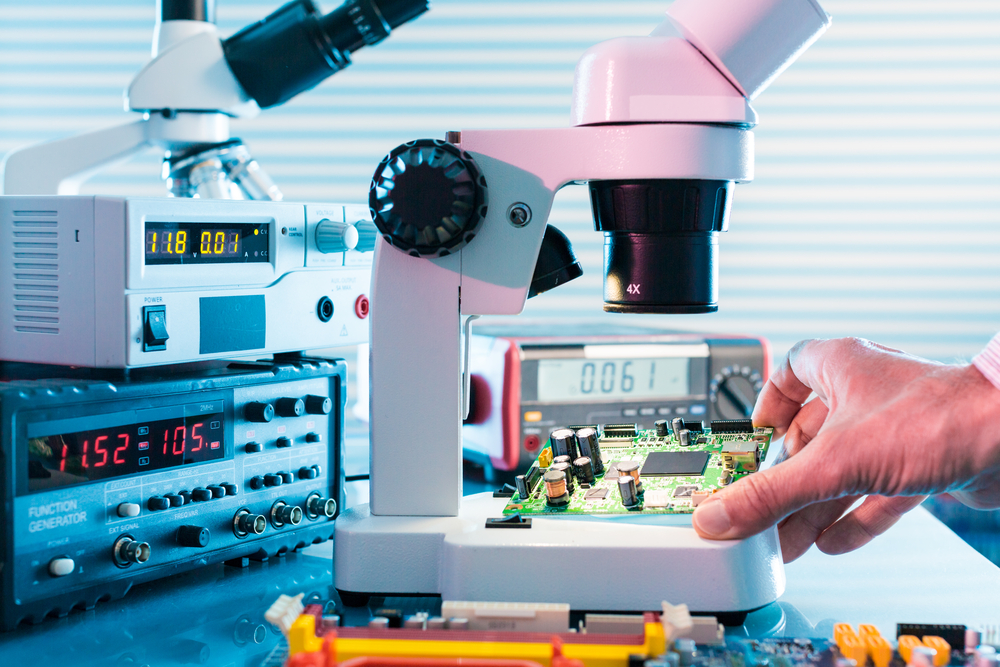 Researchers from Japan have taken a step toward faster and more advanced electronics by developing a way to better measure and manipulate conductive materials through scanning tunneling microscopy.

The team published their results in July in Nano Letters, an American Chemical Society journal. Scientists from the University of Tokyo, Yokohama National University, and the Central Research Laboratory of Hamamatsu Photonics contributed to this paper.

Scanning tunneling microscopy (STM) involves placing a conducting tip close to the surface of the conductive material to be imaged. A voltage is applied through the tip to the surface, creating a “tunnel junction” between the two through which electrons travel.

The shape and position of the tip, the voltage strength, and the conductivity and density of the material’s surface all come together to provide the scientist with a better understanding of the atomic structure of the material being imaged. With that information, the scientist should be able to change the variables to manipulate the material itself.

Precise manipulation, however, has been a problem – until now.

The researchers designed a custom terahertz pulse cycle that quickly oscillates between near and far fields within the desired electrical current.

“The characterization and active control of near fields in a tunnel junction are essential for advancing elaborate manipulation of light-field-driven processes at the nanoscale,” said Jun Takeda, a professor in the department of physics in the Graduate School of Engineering at Yokohama National University. “We demonstrated that desirable phase-controlled near fields can be produced in a tunnel junction via terahertz scanning tunneling microscopy with a phase shifter.”

According to Takeda, previous studies in this area assumed that the near and far fields were the same – spatially and temporally. His team examined the fields closely and not only identified that there was a difference between the two, but realized that the pulse of fast laser could prompt the needed phase shift of the terahertz pulse to switch the current to the near field.

“Our work holds enormous promise for advancing strong-field physics in nano-scale solid state systems, such as the phase change materials used for optical storage media in DVDs and Blu-ray, as well as next-generation ultrafast electronics and microscopies,” Takeda said.