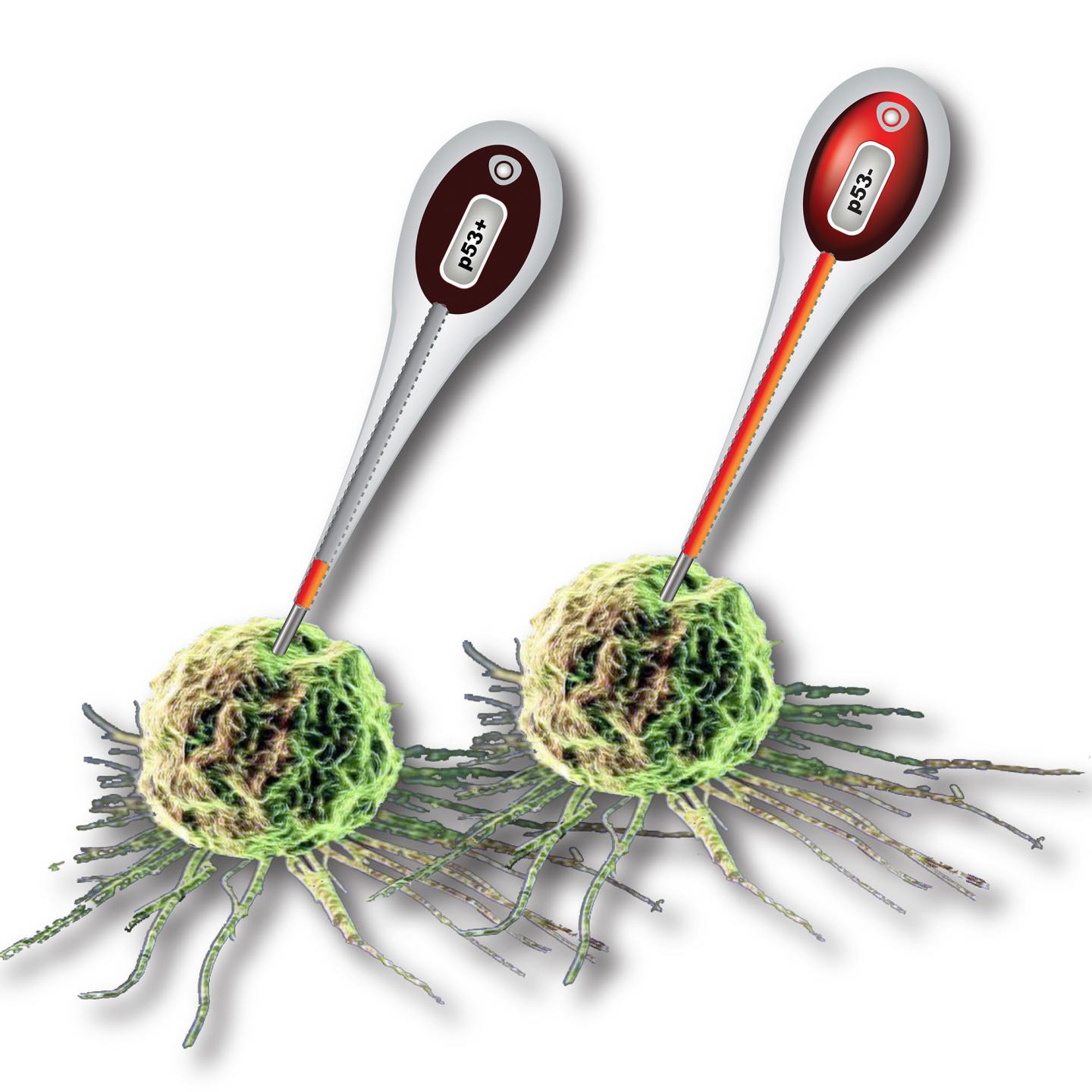 This is a model of the TP53 sensor. The Sensor is symbolized as a ‘thermometer’ that displays the TP53 status in the cell. Source: TU Dresden, Frank Buchholz

If it burns in a house smoke detectors alert us hence protecting life. A molecular smoke alert has now been developed by Dresden researchers for the TP53 gene, the most important human cancer gene. The alert goes on if the TP53 gene is mutated in cells. The molecular smoke detector works like a TP53 sensor, which monitors the correct function of the gene. A non-functional TP53 gene is going to activate the sensor, which initiates cell death. Results from this study from the research team of Prof. Frank Buchholz are now published in the journal Nature Communications.

Cancer is caused by changes in the human genome. Mutations in oncogenes and in tumor suppressor genes accumulate unrecognized over time and lead to uncontrolled cell proliferation eventually. In 50% of all human tumors the tumor suppressor gene TP53 is no longer functional being the most frequently mutated cancer gene. TU Dresden-Scientists from the University Cancer Center UCC at the University Hospital Carl Gustav Carus, the National Center for Tumor Diseases NCT Dresden and the German Cancer Consortium DKTK Dresden concluded that the formation of a TP53 sensor could suppress tumor formation at a very early stage.

To achieve this they designed a genetic element that makes cell function dependent on normal TP53. If the TP53 function is interrupted, the sensor gets activated and initiates cell death. “We treat cancer cells long after they have gone through the transformation process,” says Prof. Dr. med. Frank Buchholz describing the current situation. As a result, therapy is often too late to be able to eliminate all cancer cells in the body. Furthermore, due to additional mutations, therapy-resistant clones quickly emerge from some cancer cells.

“The TP53 sensor enables an active precocious intervention for the first time. Our results show that cells with TP53 mutations can be selectively detected and eliminated at an early stage. Hence, the transformation process is prevented.” The researchers plan to use their initial findings to develop new cancer diagnostics and to establish a protection system against cancer mutations in the long-term.