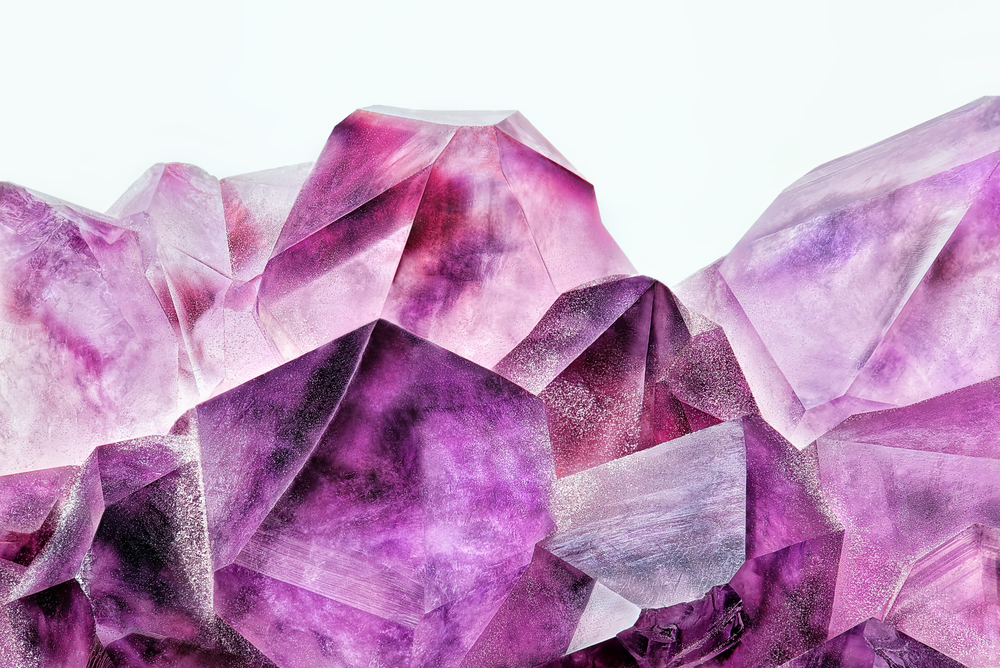 Scientists at Lehigh University, in collaboration with Lawrence Berkeley National Laboratory, have demonstrated the fabrication of what they call a new class of crystalline solid by using a laser heating technique that induces atoms to organize into a rotating lattice without affecting the macroscopic shape of the solid.

By controlling the rotation of the crystalline lattice, the researchers say they will be able to make a new type of synthetic single crystals and “bio-inspired” materials that mimic the structure of special biominerals and their superior electronic and optical properties as well.

The group reported its findings today (Nov. 3) in Scientific Reports, a Nature journal, in an article titled “Rotating lattice single crystal architecture on the surface of glass.” The paper’s lead author is Dmytro Savytskii, a research scientist in the department of materials science and engineering at Lehigh.

The other authors are Volkmar Dierolf, distinguished professor and chair of the department of physics at Lehigh; Himanshu Jain, the T.L. Diamond Distinguished Chair in Engineering and Applied Science and professor of materials science and engineering at Lehigh; and Nobumichi Tamura of the Lawrence Berkeley National Lab in Berkeley, California.

The development of the rotating lattice single (RLS) crystals follows a discovery reported in March in Scientific Reports in which the Lehigh group demonstrated for the first time that a single crystal could be grown from glass without melting the glass.

In a typical crystalline solid, atoms are arranged in a lattice, a regularly repeating, or periodic three-dimensional structure. When viewed from any angle–left to right, up and down, front to back–a crystal-specific periodicity becomes evident. Glass, by contrast, is an amorphous material with a disordered atomic structure.

Because they have no grain boundaries between interconnecting crystals, single-crystal materials often possess exceptional mechanical, optical and electrical properties. Single crystals give diamonds their brilliance and jet turbine blades their resistance to mechanical forces. And the single crystal of silicon of which a silicon chip is made gives it superior conducting properties that form the basis for microelectronics.

“We have found that when we grow a crystal out of glass,” said Jain, “the periodicity does not result the some way. In one direction, it looks perfect, but if you turn the lattice and look at it from a different angle, you see that the whole structure is rotating.”

“When we grow an RLS crystal out of glass, however, we have found that the periodicity does not result the some way. To predict the location of every atom, I have to know not just the precise location of a particular atom but the rotation angle of the lattice as well.

“Thus, we have to slightly modify the textbook definition of single crystals.”

The rotation, said Jain, occurs at the atomic scale and does not affect the shape of the glass material. “Only the string of atoms bends, not the entire material. We can see the bending of the crystal lattice with x-ray diffraction.”

To achieve this rotation, the researchers heat a very small portion of the surface of a solid glass material with a laser, which causes the atoms to become more flexible.

“The atoms want to arrange in a straight line but the surrounding glass does not allow this,” said Jain. “Instead, the glass, being completely solid, forces the configuration of the atoms to bend. The atoms move and try to organize in a crystalline lattice, ideally in a perfect single crystal, but they cannot because the glass prevents the perfect crystal from forming and forces the atoms to arrange in a rotational lattice. The beauty is that the rotation occurs smoothly on the micrometer scale.

“Our laser imposes a degree of asymmetry on the growth of the crystal. We control the asymmetry of the heating source to impose this rotational pattern on the atoms.”

The group’s ability to control the amount of heating is critical to the formation of the rotating lattice, said Jain.

“The key to the creation of the rotating atomic lattice is that it occurs without melting the glass. Melting allows too much freedom of atomic movement, which makes it impossible to control the organization of the lattice.

“Our subtle way of heating the glass overcomes this. We heat only the surface of the glass, not inside. This is very precise, very localized heating. It causes only a limited movement of the atoms, and it allows us to control how the atomic lattice will bend.”

Rotating lattices have been observed in certain biominerals in the ocean, said Jain and Dierolf, and it may also occur on a very small scale in some natural minerals as spherulites.

“But no one had previously made this on a larger scale in a controlled way, which we have accomplished with the asymmetrical imposition of a laser to cause the rotating lattice,” said Jain.

“Scientists were not able to understand this phenomenon before because they could not observe it on a large enough scale. We are the first group to induce this to happen on an effectively unlimited dimension with a laser.”

Jain and Dierolf and their group are planning further studies to improve their ability to manipulate the ordering of the atoms.

The researchers performed the laser heating of the glass at Lehigh and characterized the glass with micro x-ray diffraction on a synchrotron at the Lawrence Berkeley National Lab. They plan to perform further characterization at Berkeley and with electron microscopy at Lehigh.

The project has been funded for six years by the U.S. Department of Energy.

“This is a novel way of making single crystals,” said Dierolf. “It opens a new field by creating a material with unique, novel properties.”