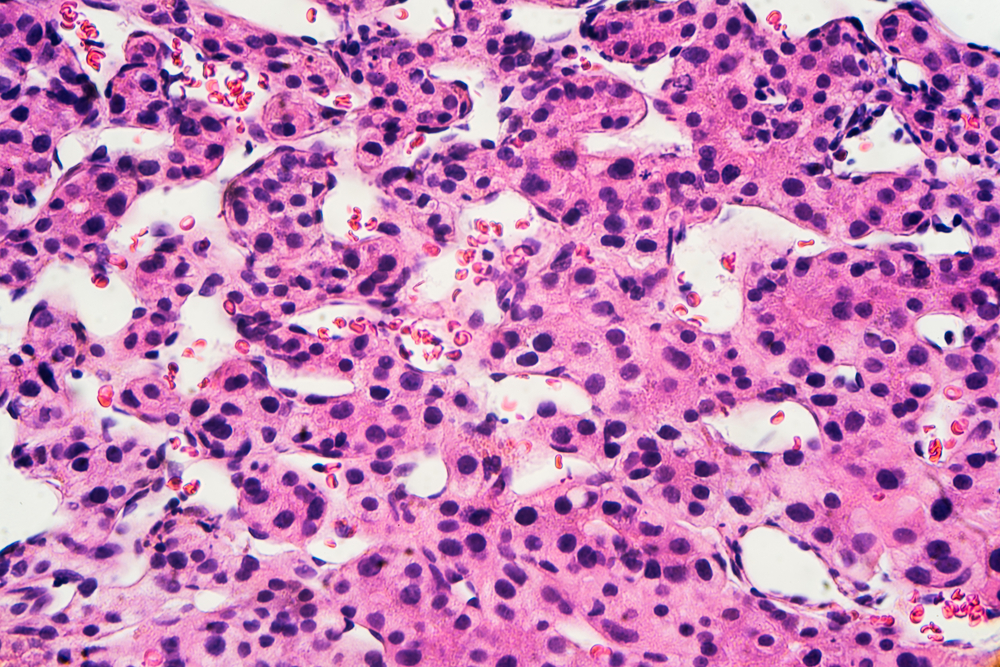 Scientists have revealed how cancer cells are able to break free of the physical restraints imposed by their surroundings in order to grow and spread around the body.

The research could point to new ways to treat or prevent the spread of cancer cells, which is the biggest cause of cancer death.

Scientists at The Institute of Cancer Research, London, found that cancer cells that spread around the body have a broken switch which continually activates a key molecule called YAP.

YAP acts as a ‘mechano-sensor’, allowing cells to ‘feel’ the matrix around them, which they can grasp onto to move around tissues in the body.

Normally cell movement is suppressed by contact with other cells, but YAP can help to overcome these physical restraints by turning on various genes that are usually switched off.

In most cells, YAP’s activity is carefully regulated – but the researchers found that cancer cells that spread are able to produce YAP all the time, helping them to overcome the physical barriers to movement.

The ICR team systematically switched off 950 different genes in cancer cell lines grown in the laboratory to work out which ones influenced YAP signalling. They found that it was partially controlled by a molecule called beta-PIX.

Beta-PIX boosts YAP activity as the cell binds to the extracellular matrix while moving through tissue.

To find out how YAP activity was controlled in cancer cells, the team looked at triple-negative breast cancer cells in the lab that were either derived from a primary tumour or from a site of distant spread.

When the researchers disabled the beta-PIX pathway in cancer cells from the primary tumour, YAP failed to activate – as would be expected.

But when they did the same to the metastatic cells, YAP did activate.

This suggests invasive cancer cells have broken the pathway that links beta-PIX to YAP, allowing them to sustain high levels of YAP even when not bound to the surrounding matrix.

Study leader Dr Chris Bakal, Leader of the Dynamical Cell Systems Team at the ICR, said: “Our research shows how cancer cells that have become invasive are able overcome the normal constraints on cell movement. Cancer cells that have spread around the body have a switch which is jammed on – allowing them to produce a molecule called YAP all the time. This allows them to keep growing and spreading throughout the body, ignoring the physical controls that would normally stop this happening.”

“Understanding more about the physical processes which constrain and control the growth and movement of cells can open up exciting new avenues for cancer treatment, which may have been missed until now.”

Dr Emma Smith, science information manager at Cancer Research UK, said: “When cancer spreads it’s a lot more difficult to treat. This research identifies the signals that can go wrong in cancer cells, helping them to break free from the tumour.

“Understanding more about how cancer spreads could be a crucial first step towards new treatments, but further work is needed to find out if blocking these signals can stop cancer spreading in people.”