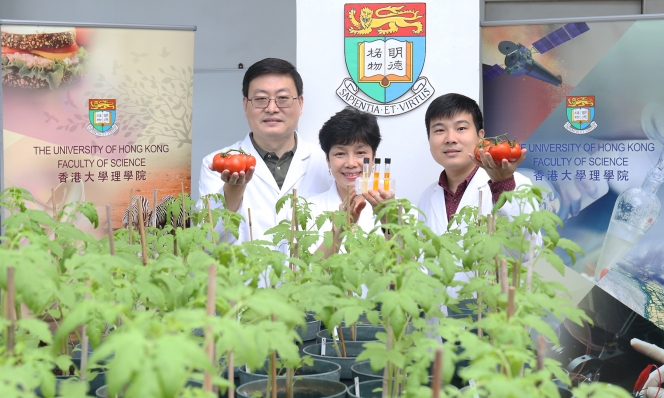 One of nature’s healthiest food may become healthier thanks to science.

Researchers from the University of Hong Kong (UHK) in collaboration with the Institute of Plant Molecular Biology in Strasbourg, France, have created a new method to significantly enhance the antioxidant properties of tomatoes.

The researchers were able to simultaneously enhance vitamin E by 494 percent and double both provitamin A and lycopene contents in tomatoes by manipulating the plant’s isoprenoid pathway through the utilization of a variant of 3-hydroxy-3-methylglutaryl-coenzyme A synthase (HMGS).

“The accumulation of the healthy components in food crops would provide added-value to fruits and vegetables in the human diet, as well as enrich feed for livestock and aquaculture,” Chye Mee-len, Ph.D., the Wilson and Amelia Wong Professor in Plant Biotechnology at UHK, said in a statement.

Overall, the carotenoid extracts exhibited 89.5 to 96.5 percent higher antioxidant activity than the control group they used in the study. The tomatoes also displayed higher levels in squalene and phytosterols.

“Extracts with enriched phytosterols, vitamin E and carotenoids can be used in the production of anti-ageing cream and sun-care lotion,” Wang Mingfu, an associate professor at the School of Biological Sciences at UHK, said in a statement. “These compounds show excellent anti-inflammatory and antioxidant activity.”

The researchers used the HMGS DNA that originated from Brassica juncea or Indian mustard in the experiments. They previously discovered that the recombinant HMGS variant S359A exhibits 10-fold higher enzyme activity.  The introduction of S359A in the model plant Arabidopsis also increased phytosterol content.

For the current experiment, the researchers introduced the S359A into tomatoes and while there was no differences in appearance or size the antioxidants increased significantly.

The study was published in the Plant Biotechnology Journal.