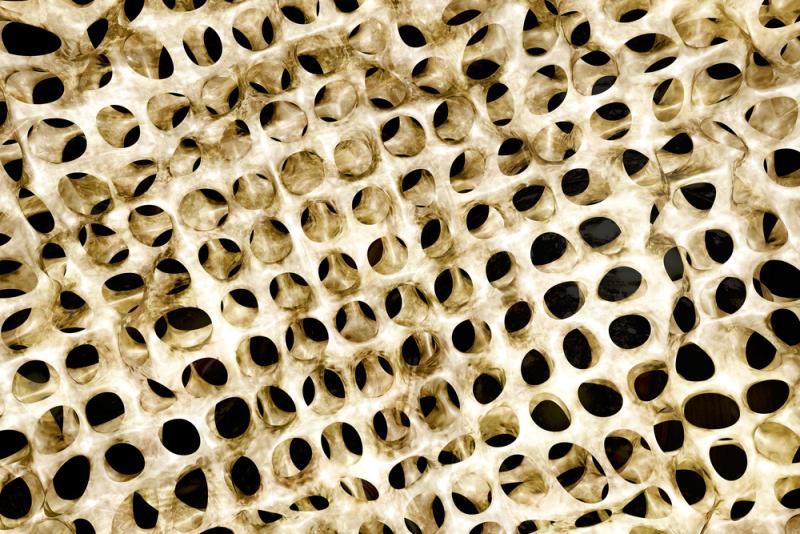 A new technique developed by biomedical engineers could help to unlock the full potential of a promising treatment for bone regeneration, creating better therapies for spinal injuries, bone grafts and other orthopaedic surgeries.

In a new paper published today (Saturday 27 August) in the journal Science Advances, scientists from the University of Glasgow discuss how they have used a cheap, commercially-produced polymer to help stimulate ‘growth factors’ – molecules which help the body to regenerate.

However, wider adoption of BMP-2 techniques has been limited by the human body’s tendency to pass the protein quickly through its system. To get around it, clinicians need to use BMP-2 in large doses, which can cause harmful side effects such as neurological impairment or even tumours.

The new technique, developed by researchers from the University’s Institute of Molecular Cell and Systems Biology and School of Engineering, uses a unique property of the polymer poly(ethyl acrylate) to allow growth factors to be effective at doses around 300 times lower than currently possible. Lower doses lower the risk of harmful side-effects and reduce the potential cost of treatment.

Matthew Dalby, Professor of Cell Engineering, said: “In itself, the polymer we’re using seems fairly unremarkable but we’ve discovered that it has enormous potential for clinical applications. The ease in which the polymer can be used to do something very biologically complex is extraordinary and mimics the way growth factors are used naturally in the body.

“The polymer facilitates a reaction with fibronectin, a protein which binds growth factors to allow the body to regenerate. In the body, in tissues, fibronectin is opened up by cells to allow growth factors to attach and allow regeneration to begin. In the BMP-2 therapy currently in use, growth factor uptake is limited because they are not presented in a biomimetic way but rather delivered in soluble form in high quantities. Our polymer helps fibronectin act as it does normally within the body.”

Professor Manuel Salmeron-Sanchez, the University’s Chair of Biomedical Engineering, said: “This technique opens up the possibility of making growth factor treatments much more effective and much more affordable. By coating materials such as hip implants, bone grafts or spinal cages in a thin layer of this polymer, we can encourage bone regeneration targeted on the areas where they’re required.

“Bone is the second-most commonly grafted material in medicine after blood, which means there are many potential applications for this process. For example, people who have suffered injuries in car accidents, or lost significant areas of bone during cancer treatments, could well be treated more effectively using these techniques.

“We’re in the process of securing additional funding to further explore our findings, and we hope that the first human trial could be underway in the next five years.”