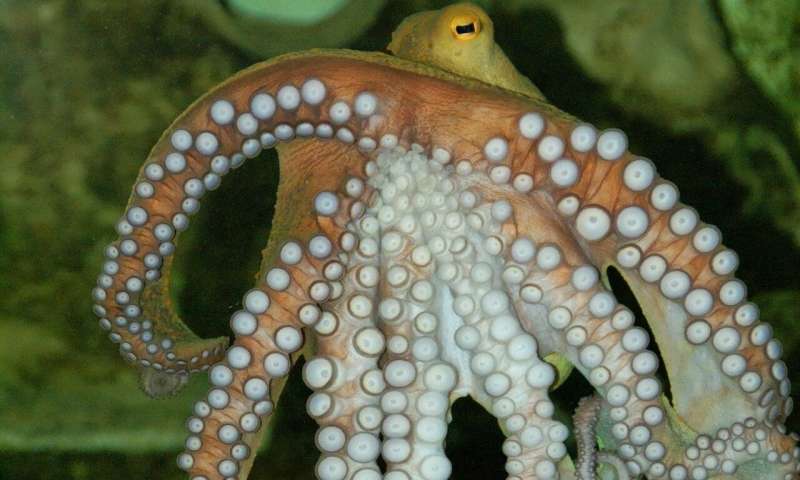 In an effort to reduce the reliance on non-biodegradable plastics, researchers are working to harness a protein found in the suction cups of squids to help produce sustainable and renewable fibers for a number of applications.

A team from Penn State University discovered the protein—found in squid ringed teeth (SRT), the circular appendages located on the suction cups that enable squid to grasp onto their prey—provides a more environmentally-friendly option over conventional plastics.

Thanks to its unique properties, SRT could be used for the creation of items such as smart clothing for health monitoring and self-healing recyclable fibers and to help reduce the amount of microplastics that often end up in landfills and waterways.

Melik Demirel, Ph.D., the Lloyd and Dorothy Foehr Huck Endowed Chair in Biomimetic Materials, and Director of Center for Research on Advanced Fiber Technologies (CRAFT) at Penn State explained how the protein was discovered during a presentation entitled, “Drivers of Plastic Pollution: Technology, Society and State” at the American Association for the Advancement of Science (AAAS) annual meeting on Feb. 15, 2019 in Washington D.C.

“We went around the world and started collecting the squid ringed teeth, which helps it grasp the prey,” he said at the AAAS annual meeting. “This high strength protein is a good source for squids to have a strength binding in grasping prey. What we have discovered through the last eight or 10 years of this study is these proteins are very similar to the spider silk.”

One of the major selling points of the SRT protein is the number of different properties that could be harnessed from it.

The unique protein features self-healing, optical, thermal and electrical conducting properties, largely due to the variety of molecular arrangements, where the proteins are composed of building blocks arranged in a way that enables micro-phase separation. These blocks cannot separate completely, producing two distinct layers. This creates molecular-level shapes, such as repeating cylindrical blocks, disordered tangles or ordered layers, which dictate the property of the material.

There are many possible applications for SRT proteins. The textile industry could use the protein to reduce microplastic pollution by using it to create an abrasion-resistant coating to reduce microfiber erosion in washing machines.

Thanks to its self-healing properties, the protein-based coating could also increase the longevity and safety of damage-prone biochemical implants, as well as help create garments tailored for protection against chemical and biological warfare agents.

“We started embedding enzymes into this for protection purposes for field workers where you want to minimize toxins,” Demirel said.

If researchers discover a way to interleave multiple layers of the proteins with other compound or technology, they could produce smart clothing that is also protected from airborne pollutants.

The proteins also have optical properties that could be useful in developing clothes that could display information about a person’s health or surroundings. The researchers are currently developing flexible-SRT-based photonic devices, which are components that create, manipulate or detect light, to replace the hard materials like glass and quartz currently used to make optical displays and LEDs.

While the protein is derived only from squids, the researchers are not trying to deplete the ocean’s supply of the creatures. The team has developed a method to produce the proteins on their own in genetically modified bacteria based on a fermentation process commonly employed to make beer using sugar, water and oxygen to produce biopolymers, without ever needing to catch a squid.

“We can take examples from nature and improve it and make it super elastic,” Demirel said. “The key point is how you design these materials.”

The next step for the researchers, according to Demirel, is to further develop their technology and eventually try to implement it on a larger scale.

“I hope these technologies will scale up soon and become industrial processes,” he said.

The study was published in Frontiers in Chemistry.