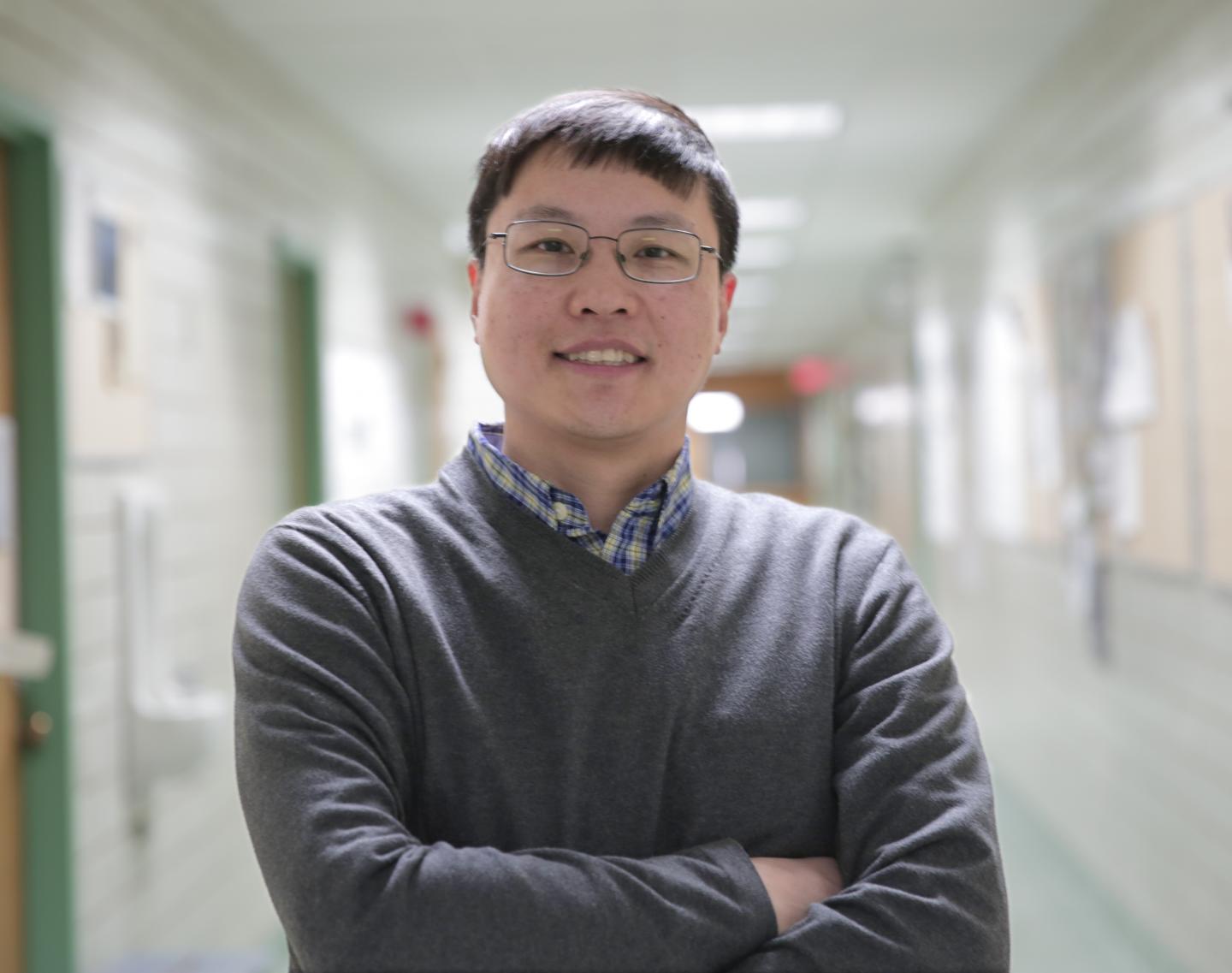 This is Hongrui Jiang. Credit: UW-Madison College of Engineering

Infrared cameras are the heat-sensing eyes that help drones find their targets even in the dead of night or through heavy fog.

Hiding from such detectors could become much easier, thanks to a new cloaking material that renders objects — and people — practically invisible.

“What we have shown is an ultrathin stealth ‘sheet.’ Right now, what people have is much heavier metal armor or thermal blankets,” says Hongrui Jiang, professor of electrical and computer engineering at the University of Wisconsin-Madison.

“It’s a matter of the weight, the cost and ease of use,” says Jiang.

Less than one millimeter thick, the sheet absorbs approximately 94 percent of the infrared light it encounters. Trapping so much light means that warm objects beneath the cloaking material become almost completely invisible to infrared detectors.

Importantly, the stealth material can strongly absorb light in the so-called mid- and long-wavelength infrared range, the type of light emitted by objects at approximately human body temperature.

By incorporating electronic heating elements into the stealth sheet, the researchers have also created a high-tech disguise for tricking infrared cameras.

“You can intentionally deceive an infrared detector by presenting a false heat signature,” says Jiang. “It could conceal a tank by presenting what looks like a simple highway guardrail.”

To trap infrared light, Jiang and colleagues turned to a unique material called black silicon, which is commonly incorporated into solar cells. Black silicon absorbs light because it consists of millions of microscopic needles (called nanowires) all pointing upward like a densely-packed forest. Incoming light reflects back and forth between the vertical spires, bouncing around within the material instead of escaping.

Although black silicon has long been known to absorb visible light, Jiang and colleagues were the first to see the material’s potential for trapping infrared. They boosted its absorptive properties by tweaking the method through which they created their material.

“We didn’t completely reinvent the whole process, but we did extend the process to much taller nanowires,” says Jiang, who developed the material in National Science Foundation-supported facilities at UW-Madison.

They make those nanowires by using tiny particles of silver to help etch down into a thin layer of solid silicon, which results in a thicket of tall needles. Both the nanowires and the silver particles contribute to absorbing infrared light.

The researchers’ black silicon also has a flexible backing interspersed with small air channels. Those air channels prevent the stealth sheet from heating up too quickly as it absorbs infrared light.