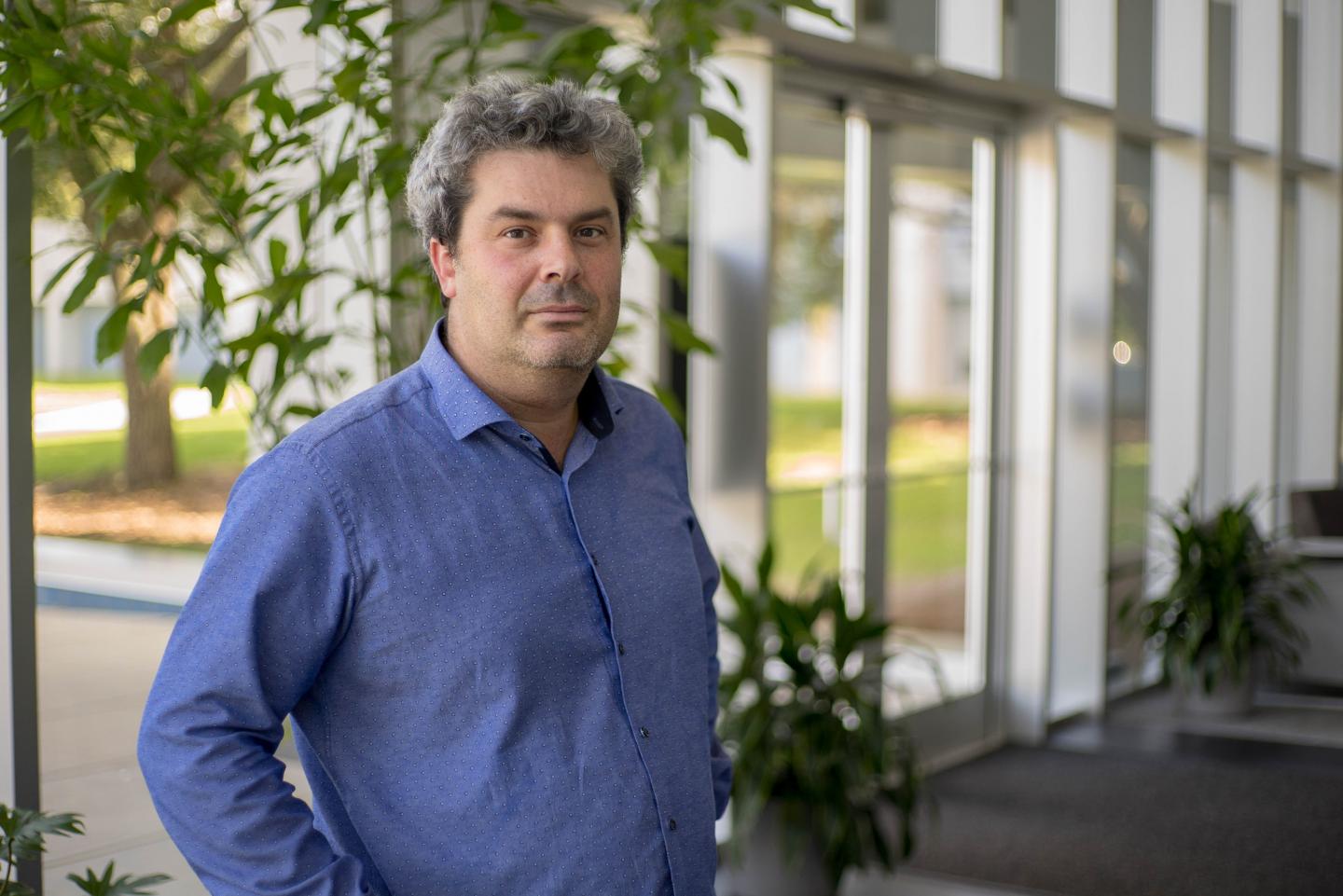 Scientists at the Florida State University-headquartered National High Magnetic Field Laboratory have discovered a behavior in materials called cuprates that suggests they carry current in a way entirely different from conventional metals such as copper.

For their research on one specific cuprate, lanthanum strontium copper oxide (LSCO), a team led by MagLab physicist Arkady Shekhter focused on its normal, metallic state — the state from which superconductivity eventually emerges when the temperature dips low enough. This normal state of cuprates is known as a “strange” or “bad” metal, in part because the electrons don’t conduct electricity particularly well.

Scientists have studied conventional metals for more than a century and generally agree on how electricity travels through them. They call the units that carry charge through those metals “quasiparticles,” which are essentially electrons after factoring in their environment. These quasiparticles act nearly independently of each other as they carry electric charge through a conductor.

But does quasiparticle flow also explain how electric current travels in the cuprates? At the National MagLab’s Pulsed Field Facility in Los Alamos, New Mexico, Shekhter and his team investigated the question. They put LSCO in a very high magnetic field, applied a current to it, then measured the resistance.

The resulting data revealed that the current cannot, in fact, travel via conventional quasiparticles, as it does in copper or doped silicon. The normal metallic state of the cuprate, it appeared, was anything but normal.

“This is a new way metals can conduct electricity that is not a bunch of quasiparticles flying around, which is the only well-understood and agreed-upon language so far,” Shekhter said. “Most metals work like that.”

If not by quasiparticles, exactly how is charge being carried in the strange metal phase of LSCO? The data suggests it may be some kind of team effort by the electrons.

Scientists have known for some time about an intriguing behavior of LSCO: In its normal conducting state, resistivity changes linearly with temperature. In other words, as the temperature goes up, LSCO’s resistance to electrical current goes up proportionately, which is not the case in conventional metals.

Shekhter and his colleagues decided to test LSCO’s resistivity, but using magnetic field as a parameter instead of temperature. They put the material in a very powerful magnet and measured resistivity in fields up to 80 teslas. (A hospital MRI magnet, by comparison, generates a field of about 3 teslas). They discovered another case of linear resistivity: As the strength of the magnetic field increased, LSCO’s resistivity went up proportionately.

The fact that the linear-in-field resistivity mirrored so elegantly the previously known linear-in-temperature resistivity of LSCO is highly significant, Shekhter said.

“Usually when you see such things, that means that it’s a very simple principle behind it,” he said.

The finding suggests the electrons seem to cooperate as they move through the material. Physicists have believed for some time that HTS materials exhibit such a “correlated electron behavior” in the superconducting phase, although the precise mechanism is not yet understood.

This new evidence suggests that LSCO in its normal conducting state may also carry current using something other than independent quasiparticles — although it’s not superconductivity, either. What that “something” is, scientists aren’t yet certain. Finding the answer may require a whole new way of looking at the problem.

“Here we have a situation where no existing language can help,” Shekhter said. “We need to find a new language to think about these materials.”

The new research raises plenty of questions and some tantalizing ideas, including ideas about the fundamentally different way in which resistivity could be tuned in cuprates. In conventional metals, explained Shekhter, resistivity can be tuned in multiple ways — imagine a set of dials, any of which could adjust that property.

But in cuprates, Shekhter said, “There is only one dial to adjust resistivity. And both temperature and magnetic field, in their own way, access that one dial.”

Odd, indeed. But from strange metals, one would expect nothing less.