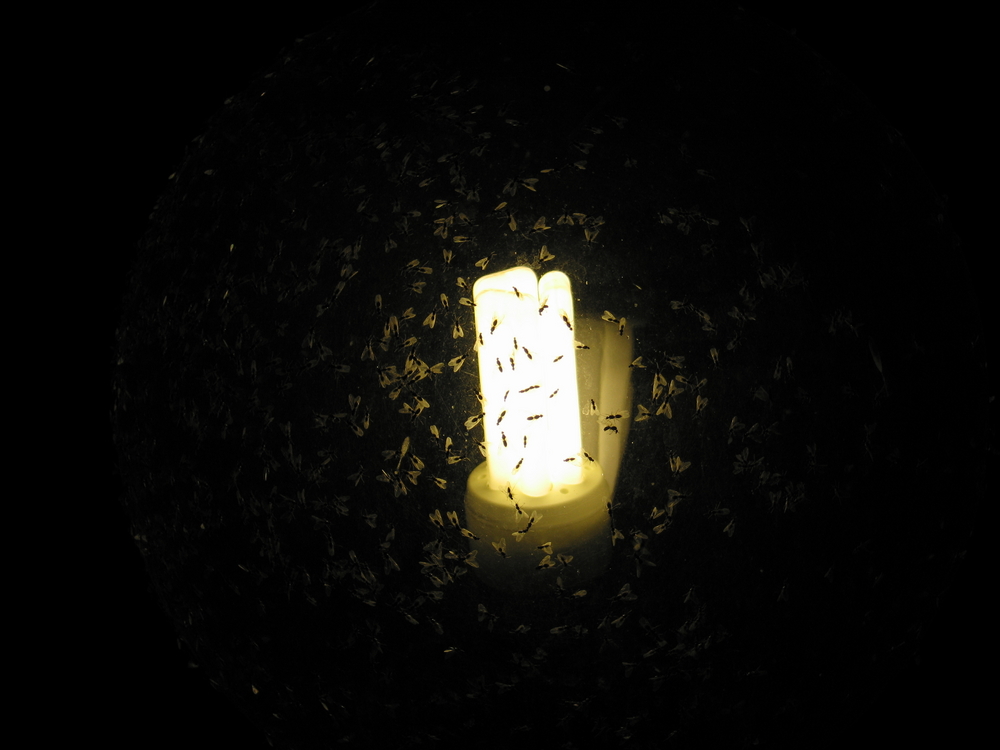 Researchers out of England say that less insects are drawn to LED lamps as opposed to traditional light sources. (Credit: Shutterstock)

Along with being more efficient and using less energy, LED lights can help prevent Zika, malaria and other diseases transmitted by insects.

The team of University of Bristol scientists used customized traps at 18 field test sites across south-west England, illuminated by a series of LED, filament and fluorescent light sources. More than 4,000 insects were identified and the analysis shows that the LED lights attracted four times fewer insects than the traditional incandescent lamp and half as many as the compact fluorescent lamp.

The LED lights were particularly effective in fighting one particular species.

Filament lamps attracted 80 percent of the biting flies or midges that were observed, while the fluorescent lamp attracted 15 percent and only 2 to 3 percent were attracted to each of the two different LED lamps.

Andy Wakefield, Ph.D., who led the research, explained some of the results.

“We were surprised by the number of biting flies drawn to the traditional tungsten lights,” he said in a statement. “We do not know why this is but we know that some insects use thermal cues to find warm-blooded hosts in the night, so perhaps they were attracted to the heat given off by the filament bulb.”