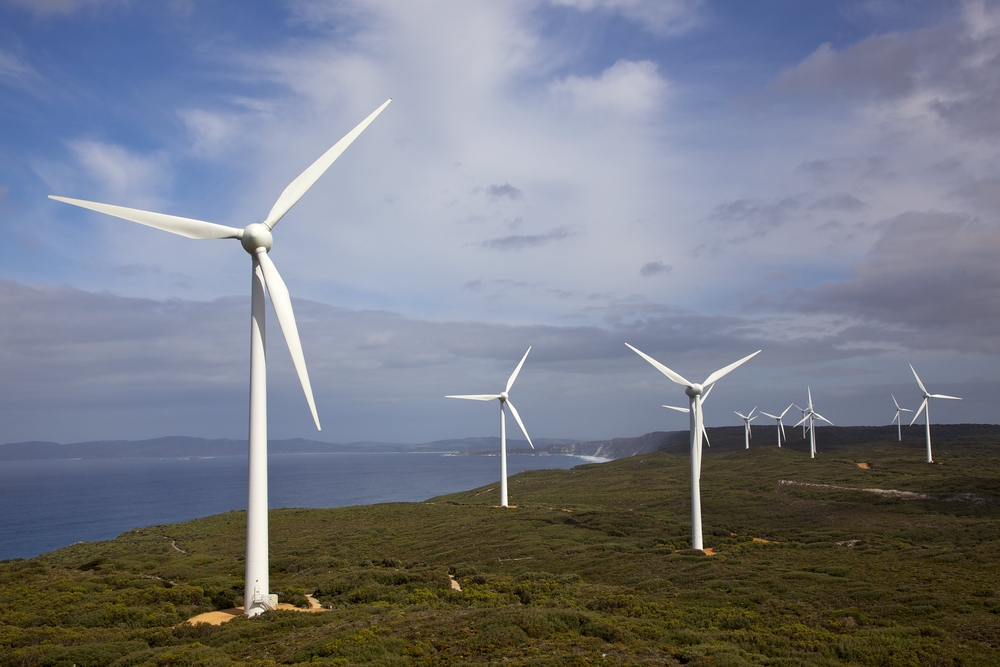 University of Delaware researchers report in a new study that offshore wind may be more powerful, yet more turbulent than expected in the North Eastern United States.

The findings, published in a paper in theJournal of Geophysical Research: Atmospheres, could have important implications for the future development of offshore wind farms in the U.S., including the assessment of how much wind power can be produced, what type of turbines should be used, how many turbines should be installed and the spacing between each.

The study, led by Cristina Archer at UD and Brian Colle at Stony Brook University, analyzed historical data from 2003-2011 at the Cape Wind tower located near the center of Nantucket Sound off the coast of Martha’s Vineyard, Massachusetts, and collected complementary data at the same location in 2013-2014.

Co-authors on the paper, titled “On the predominance of unstable atmospheric conditions in the marine boundary layer offshore of the U.S. northeastern coast,” include UD professors Dana Veron and Fabrice Veron, and Matthew Sienkiewicz from Stony Brook.

The paper’s main finding is that atmospheric conditions around Cape Wind are predominantly turbulent, or unstable, which is in stark contrast to prevailing data from European offshore wind farms in the Baltic Sea and the North Sea. European studies of offshore wind document that atmospheric conditions there are predominantly neutral– meaning neither too windy nor too still, but somewhere in the middle, with unstable wind conditions occurring only 20 percent of the time.

“By contrast, our study found that wind conditions at Cape Wind are unstable between 40 and 80 percent of the time, depending on season and time of day,” explains Archer, an associate professor in the College of Earth, Ocean, and Environment’s School of Marine Science and Policy and Department of Geography and a governing member of the Center for Carbon-free Power Integration.

Explaining how wind can be stable, unstable or neutral is a tricky business, Archer says. When the atmosphere is stable, winds are smooth and consistent (think of when a pilot tells airline passengers to sit back and enjoy the ride because the weather is clear all the way to their destination).

When the atmosphere is unstable, it is similar to turbulence experienced by airline passengers during a flight — the wind is choppy and causes high winds from above and slow winds from below to crash into each other and mix together, causing a bumpy and unpredictable ride for the air current.

Neutral conditions hover in the middle, with an average amount of turbulence and wind speed variation.

“The advantage of these turbulent conditions is that, at the level of the turbines, these bumps bring high wind down from the upper atmosphere where it is typically windier. This means extra wind power, but that extra power comes at a cost: the cost of more stress on the turbine’s blades,” explains Archer.

“If you have increased turbulence, you’re going to design a different farm, especially with regard to turbine selection and spacing. And guess what? Even the wind turbine manufacturing standards are based on the assumption of neutral stability,” Archer says.

Is something special going on in the North East?

No measurements exist of wind and turbulence around an offshore wind turbine’s rotor blades in the ocean in the U.S., because until now, none have existed. The first U.S. offshore wind farm is currently under construction at Block Island, off the coast of Rhode Island.

Instead, this type of data has been estimated based on either numerical simulations or using available buoy data to infer what the conditions would be at the height of the wind turbine’s rotor blades. But wind data measurements from 2003-2009 at the Cape Wind Tower, a multi-level tower with sensors positioned approximately 65 feet, 131 feet and 196 feet in height, have shown that the Cape Cod region’s atmospheric conditions are generally unstable. Neutral conditions only occur approximately 20 percent of the time.

In 2013 and 2014, with funding from the U.S. Department of Energy, the UD-led research team launched a campaign they coined IMPOWR, Improving the Modeling and Prediction of Offshore Wind Power Resources, to validate the Cape Wind tower findings with additional measurements.

The IMPOWR researchers flew a plane around Cape Wind 19 times over two summers, above and around the tower, and measured wind, temperature and humidity during various weather conditions. They also installed new wind and wave sensors on the Cape Wind platform.

Combined with buoy data from just above the water’s surface and with the historical data from Cape Wind, the IMPOWR field data painted a surprising and yet consistent picture of the area’s wind resources.

“We get the same message whether we look at the turbulence from the flights or from the sonic anemometers on the tower, or whether we consider the wind speed data alone. The marine atmosphere is more likely to be unstable than neutral. Having three separate pieces of evidence that support the same finding allows us to be confident that there is something special going on,” she says.

Wind direction also plays a role in whether the wind is smooth or turbulent. When the wind comes from the southwest, the data show that wind tends to be more stable and to increase in speed from the bottom to the top of the rotor blades. But when the wind comes from the north, northwest or offshore, it is more likely to be unstable and to have a relatively uniform speed across the turbine rotor, Archer says.

Further study is needed to understand whether this phenomenon is localized in the Cape Cod area, along the East Coast in general, or present throughout the U.S., since other offshore wind installations on the East Coast are planned for Maryland, New Jersey and Massachusetts.

“It’s important to ensure that science doesn’t underestimate the possible wind resources,” Archer says. “Now that we know what is happening in Cape Cod, we have more work to do to determine whether it exists anywhere else or whether it is unique to this region.”