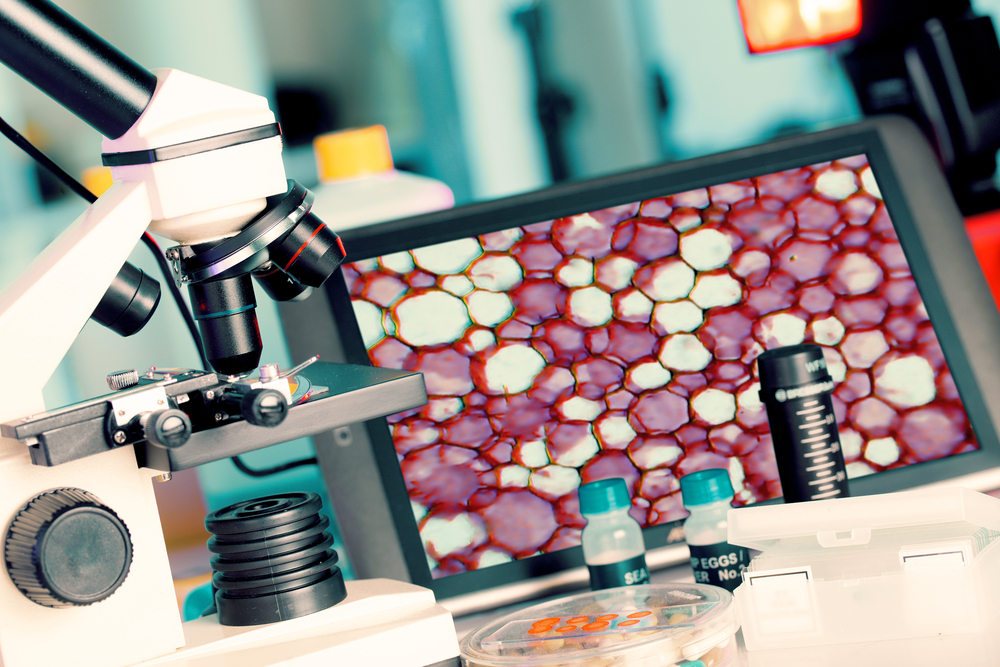 In his State of the Union address of January 12, 2016, President Barack Obama challenged America to tackle one of the world’s top killers: “For the loved ones we’ve all lost, for the families that we can still save, let’s make America the country that cures cancer once and for all.”

“A staggering number of diseases are linked to the adaptive immune system,” noted Buntzman, an immunologist in the lab of Monica Kraft in the UA College of Medicine – Tucson. “Cancers such as lymphoma, myeloma, leukemia, and solid tumors, viral, bacterial, fungal, and parasitic infections, autoimmune diseases, asthma, inflammation, transplant tolerance or rejection… the list goes on.”

Buntzman, who is based in the UA’s BIO5 Institute, and his colleagues recently developed a tool that uses CyVerse supercomputing resources to create the first nearly comprehensive map of the human immunome, all the possible immune receptors our bodies can make.

Then, with the immunome at their fingertips, the researchers went on to develop an informatics tool to find patterns denoting which immune receptors may be responsible for protecting us from infectious disease, and which ones may cause autoimmune disorders, tissue rejection, or some types of cancer.

“Once we find these receptors, scientists can design unique therapies to enhance the protective response, or add just the right receptors to a patient who may be missing them, or deplete the cells that harbor receptors that cause autoimmune disease.” Buntzman said. “This is the basis of the burgeoning field of immunotherapy.”

“The same tools we use to study basic science questions in adaptive immunology can be used clinically,” he continued. Now, Buntzman and his colleagues at the UA Genetics Core(UAGC) and UA Cancer Center are developing methods to test for lymphoma, myeloma, and leukemia tumors.

“Buntzman’s technique for immune-profiling with high-throughput informatics will help us to develop better clinical diagnostic tests, and will supplement our current clinical testing so that we can provide the UA clinical community with cutting-edge diagnostics to benefit the patients of the Banner-University Medical Center,” noted Michael Hammer, UA geneticist and UAGC Director. “This is an example of real-world precision diagnostics being developed here on the UA campus.”

“The cancer cells of leukemia, myeloma, and lymphoma are unique in that the tumor cells themselves are immune cells,” Buntzman explained. “These three diseases occur when an immune cell gets a mutation and starts to outgrow the healthy immune cells. But the tumor cells harbor a unique biomarker that our tools can follow diagnostically through the course of treatment and, hopefully, into remission.”

With the immunome at their fingertips courtesy of Buntzman’s informatics tool, “it’s very easy for us to see an overgrowth of immune receptors. We can sequence immune receptors to count the number of each receptor a person has in their bloodstream or at the site of the tumor. If there is one sequence that occurs out of proportion to the others, that’s a marker for an existing tumor.” A healthy person would have mostly unique immune cell receptors, he said.

“Once we know the sequence of a cancerous immune cells, we know the tumor’s bio-signature. We can follow it for the time that the person is being treated and find the faintest trickle of it still remaining in their system. No other technique is as sensitive as this.”

Buntzman envisions perfected tests to find cancer and cancerous remissions earlier, giving greater chance of successful treatment. According to one study, immunomic tests could be up to 100 times more sensitive than classical tests.

Buntzman believes that immunomic tests, which require only a small genetic sample, could be vital for tracking cancer treatment and remission. A highly sensitive test is more likely to detect if a small amount of cancerous cells remain after treatment: “It’s a better test of the effectiveness of that treatment, and a better indicator of the next steps to take.”

Immunomic tests also could be crucial for detecting cancer early by scanning people before they become ill. “When people go to a clinic, it’s usually because they’re already sick,” Buntzman said. “If doctors could detect cancerous cells before they grow drastically out of proportion to healthy cells, patients would have much higher odds of successful cancer treatment and survival.”