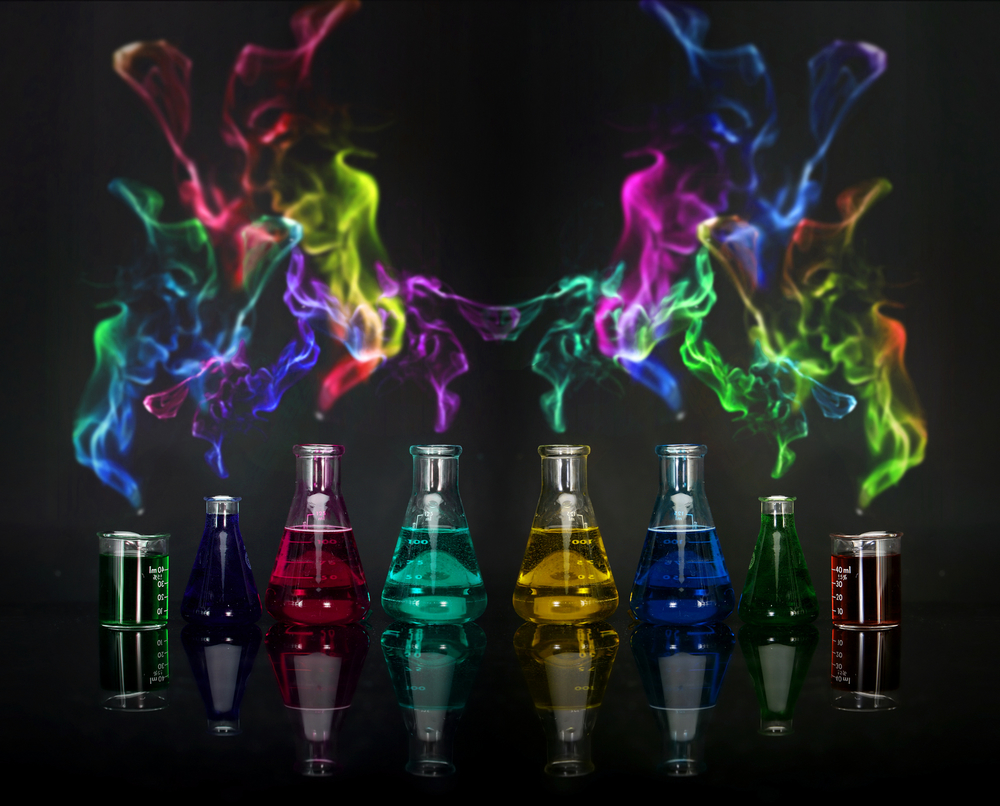 Catalysts are agents that initiate chemical reactions, speed them up or significantly increase the yield of the desired product. New and improved catalysts are thus considered the key to creating more sustainable and efficient production processes in the chemical industry. In a joint research project, five professors at Friedrich-Alexander-Universität Erlangen-Nürnberg (FAU) and their teams have recently discovered how to bypass the known drawbacks of the technical catalysts that are currently in use by means of a new material concept that makes the creation of significantly more efficient catalysts possible.

This new generation of catalysts employs liquid drops of metal alloy attached to porous carriers that are brought into contact with the gaseous reactants. The microscopically small drops of alloy are fluid because they contain a high proportion of gallium, an element with a very low melting point. At the same time, this high concentration of gallium ensures that the atoms of the dissolved secondary metal components are thoroughly dispersed: the individual metal atoms in solution within the gallium are responsible for the catalytic effect. The researchers have published their findings in the leading specialist journal Nature Chemistry(DOI: 10.1038/NCHEM.2822).

Over the past decade, researchers at FAU have repeatedly been able to demonstrate their international preeminence in the field of catalyst material innovations. Catalytic Materials is consequently a key research area within the Cluster of Excellence Engineering of Advanced Materials (EAM) at FAU. Supported liquid catalysts have often been the focal point of interest for the FAU-based researchers. These combine the benefits of customised molecular reaction accelerators with the advantage that they can be more readily separated from the product. In the concept outlined in the article published in Nature Chemistry, the use of metal alloys in supported liquid catalysts is described for the first time. In addition, it is also the first time that catalytic activity has been ascribed to liquid metal alloys.

Moreover, the initially tested material combinations have been found to significantly outperform standard technical catalysts that have taken years to develop. ‘It is particularly interesting that there is little to no deactivation of the supported metal complexes when carbon deposits form on them,’ says Professor Peter Wasserscheid. ‘It is deposits such as this that are the main cause of the deactivation of catalysts used for catalytic conversion at high temperatures by the petrochemical industry.’ The researchers were able to demonstrate this important effect in the case of the dehydration of butane. The special structural nature of this new class of materials was discovered by four groups working in collaboration: microscopic analysis was undertaken by the team under Wolfgang Peuker, the teams of Hans-Peter Steinrück and Christian Papp completed the spectrographic analysis, Rainer Hock’s team was responsible for radiographic analysis while the corresponding calculations were undertaken by Andreas Görling and his colleagues.

Gallium: the secret of success

The element gallium plays a central role in this new class of materials. Gallium melts at around 30°C and has a boiling point of 2400°C. It possesses the unique ability of being able to dissolve almost all other metals. When it is exposed to air, ultra-thin layers of oxide form on the surface of gallium; however, these are reconverted back to the original element under the conditions obtained during many catalytic processes. To date, the FAU-based researchers have achieved their spectacular results using palladium dissolved in gallium. They next intend to conduct further research to find out whether these extraordinary effects can also be obtained using non-precious metals dissolved in gallium and also whether the effects can be reproduced in connection with other chemical reactions. ‘Our calculations lead us to assume that single metal atoms dissolved in gallium can display totally different reactive characteristics from those that the same metal in crystalline form will usually exhibit,’ explains Andreas Görling. ‘This is why we are so fascinated by this new class of catalytic materials. We are convinced that with the help of supported alloy complexes, highly efficient and very cost-effective catalysts can be developed that have considerable potential with regard to industrial applications,’ adds Hans-Peter Steinrück.