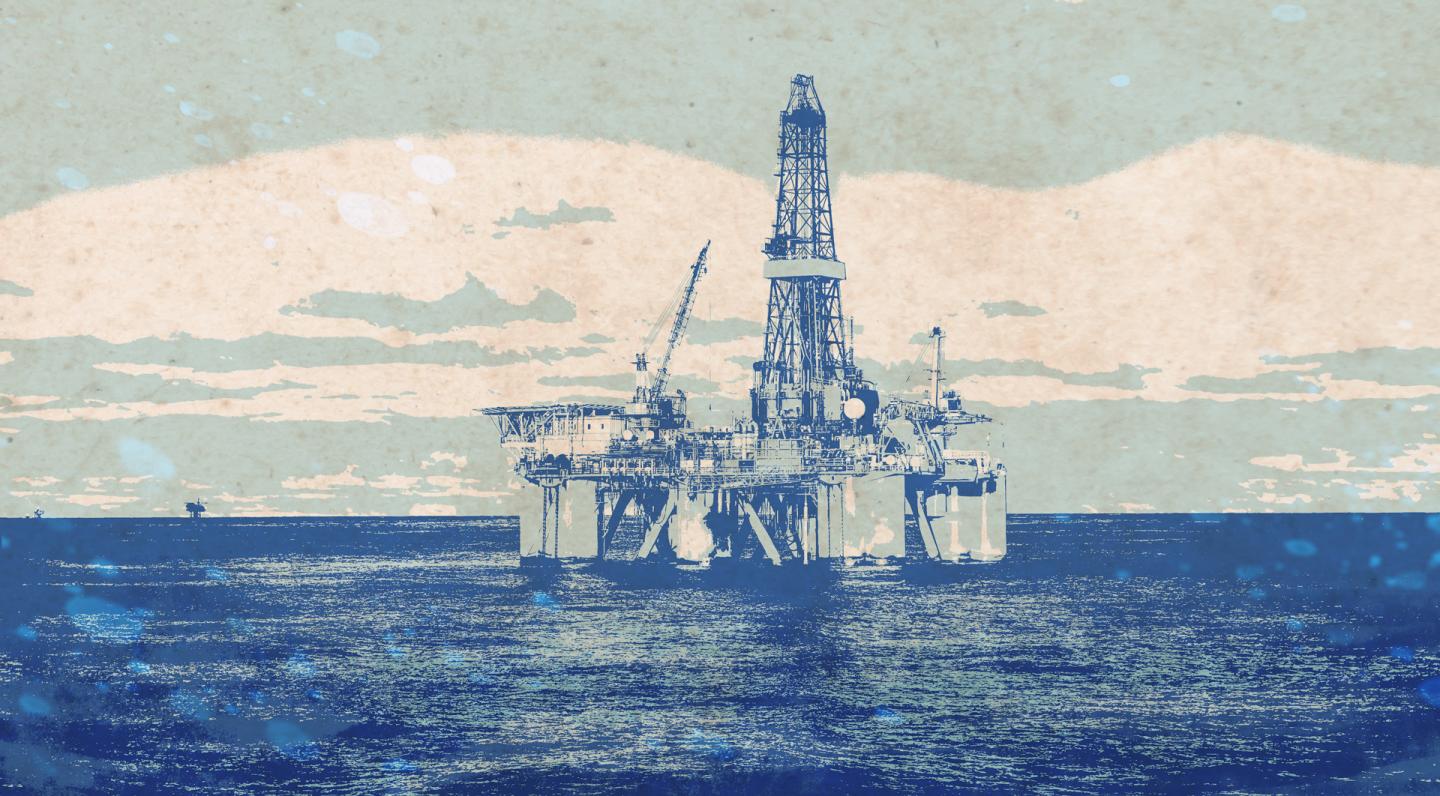 The last place most people would expect to find fresh groundwater is tens to hundreds of kilometers offshore in the ocean. Yet not only is that exactly where freshwater can be found, in the ground of the continental shelf beneath the ocean, but simulations have shown that it could be a common occurrence across a range of geologic systems.

These offshore groundwater resources could be exploited for uses such as drinking, agriculture and oil recovery, but new research from the University of Delaware's Holly Michael and Xuan Yu, who worked as a postdoctoral researcher at UD, suggests that tapping into those resources could lead to adverse onshore impacts.

The research was published in Geophysical Research Letters and is part of Michael's National Science Foundation CAREER Award.

Water is used in oil drilling by what is known as waterflooding, in which water is injected to support oil-reservoir pressure and to move oil into producing wells.

Salinity is a major factor controlling the amount of oil that can be recovered from a zone that has been waterflooded and a technique known as low-salinity waterflooding--using freshwater to waterflood these offshore oil wells instead of the readily available saltwater--has been shown to increase oil recovery by 14 percent on average.

"If you build a city on land surface, you add weight, and you add pressure to the aquifer - the sediments and water underground. When a building is built, geotechnical tests are done to make sure this added pressure will not cause the land surface to sink," said Michael, the Unidel Fraser Russell Career Development Chair for the Environment and an associate professor in the Department of Geological Sciences. "The pressure of the water in those pores creates an upward force and contributes to rigidity in the system."

If that water is pumped out for low-salinity waterflooding, the pressure is changed underground and it can reduce the ability of the aquifer to support the weight of the city.

Subsidence has been seen in megacities with the constant extraction of water below ground, with examples being Venice, Italy and Tokyo, Japan. Pumping offshore freshwater resources for low-salinity waterflooding could have this same affect.

"This affect can hardly be simulated when a simple geologic structure is assumed," said Yu, who is now an associate professor in the school of civil engineering at Sun Yat-sen University in China. "Our model results suggested that the magnitude of subsidence in homogenous and layered geology is much smaller than the heterogeneous cases."

The reduction in onshore fresh groundwater from low-salinity waterflooding can also have an impact on coastal population centers, especially in locations where oil reservoirs lie offshore of highly populated cities, such as those in Southeast Asia and the Mediterranean Basin.

Michael said that because scientists are just now realizing that this freshwater exists offshore, the purpose of the paper was to demonstrate the potential for offshore pumping to have devastating effects on coastal communities, before the practice becomes widespread.

"What we are saying in this paper is, 'Wait a minute, the cities on shore might have no idea that offshore activities could potentially affect their resources,'" said Michael. "Offshore pumping of fresh groundwater could cause subsidence on land, which can cause a range of problems, especially in populated areas. And then there are the fresh, groundwater resources that are being used up that could potentially be a resource for humans in the future."