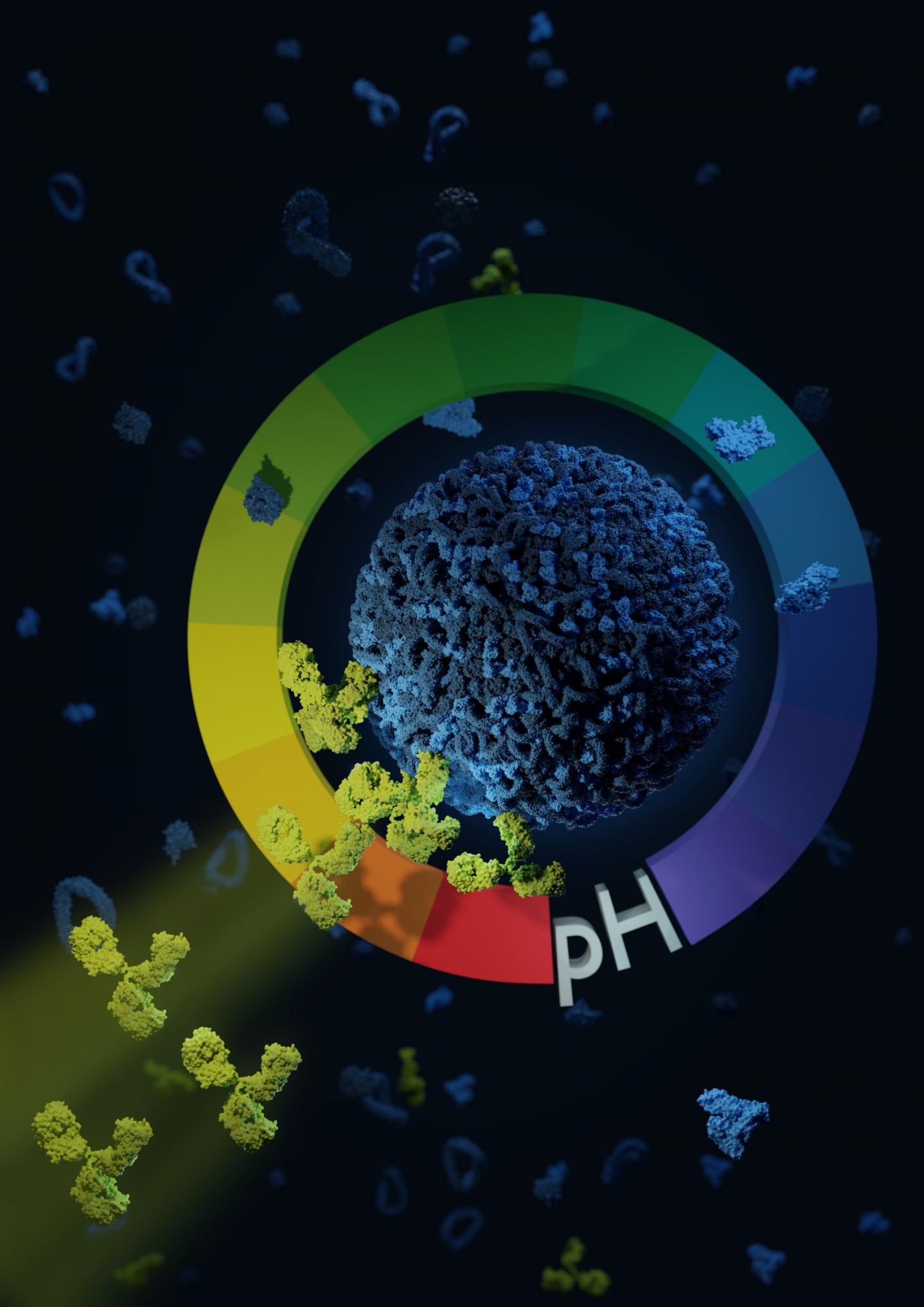 Combining a tiny drug capsule — a nanocarrier — with antibodies under acidic conditions results in the antibodies attaching to the drug carrier in a stable way. This makes it possible for nanocarriers to target diseased tissue.

Scientists at the Mainz University Medical Center and the Max Planck Institute for Polymer Research (MPI-P) have developed a new method to enable miniature drug-filled nanocarriers to dock on to immune cells, which in turn attack tumors. In the future, this may lead to targeted treatment that can largely eliminate damage to healthy tissue. The scientists have recently published their findings in the renowned scientific journal Nature Nanotechnology. Please watch https://www.youtube.com/watch?v=ZFVnBBWhCrofor further information on the way nanocarriers work and function.

In modern medicine, patients receiving medication to treat tumors or for pain therapy are often given drugs that disperse throughout the entire body, even though the section of the organ to be treated may be only small and clearly demarcated. One solution would be to administer drugs that target specific cell types. Such nanocarriers are just what scientists are working to develop. These contain, in a manner of speaking, miniature submarines no larger than a thousandth of the diameter of a human hair. Invisible to the naked eye, these nanocarriers are loaded with a pharmacologically-active agent, allowing them to function as concentrated transport containers. The surface of these nanocarriers or drug capsules is specially coated to enable them, for example, to dock on to tissue interspersed with tumor cells. The coating is usually composed of antibodies that act much like address labels to seek out binding sites on the target cells, such as tumor cells or immune cells that attack tumors.

Professor Volker Mailänder and his team from the Department of Dermatology at the University Medical Center of Johannes Gutenberg University Mainz (JGU) have recently developed an ingenious new method of binding antibodies to such drug capsules. “Up to now, we have always had to use elaborate chemical methods to bind these antibodies to nanocapsules,” explained Mailänder. “We have now been able to show that all that you need to do is to combine antibodies and nanocapsules together in an acidified solution.”

In their paper in Nature Nanotechnology, the researchers emphasize that binding nanocapsules and antibodies in this way is almost twice as efficient as chemical bonding in the test tube, significantly improving the targeted transport of drugs. In conditions such as those found in the blood, they also found that chemically coupled antibodies almost completely lost their efficacy, while antibodies that are not chemically attached remained functional.

“The standard method of binding antibodies using complex chemical processes can degrade antibodies or even destroy them, or the nanocarrier in the blood can become rapidly covered with proteins,” explained Professor Katharina Landfester from the Max Planck Institute for Polymer Research. In contrast, the new method, which is based on the physical effect known as adsorption or adhesion, protects the antibodies. This makes the nanocarrier more stable and enables it to distribute the drugs more effectively in the body.

To develop their new method, the researchers combined antibodies and drug transporters in an acidic solution. This led – in contrast to binding at a neutral pH – to more efficient coating of the nanoparticle surface. As the researchers explain, this leaves less room on the nanocarrier for blood proteins that could prevent them from docking to a target cell.

Overall, the researchers are confident that the newly developed method will facilitate and improve the efficiency and applicability of therapy methods based on nanotechnology.