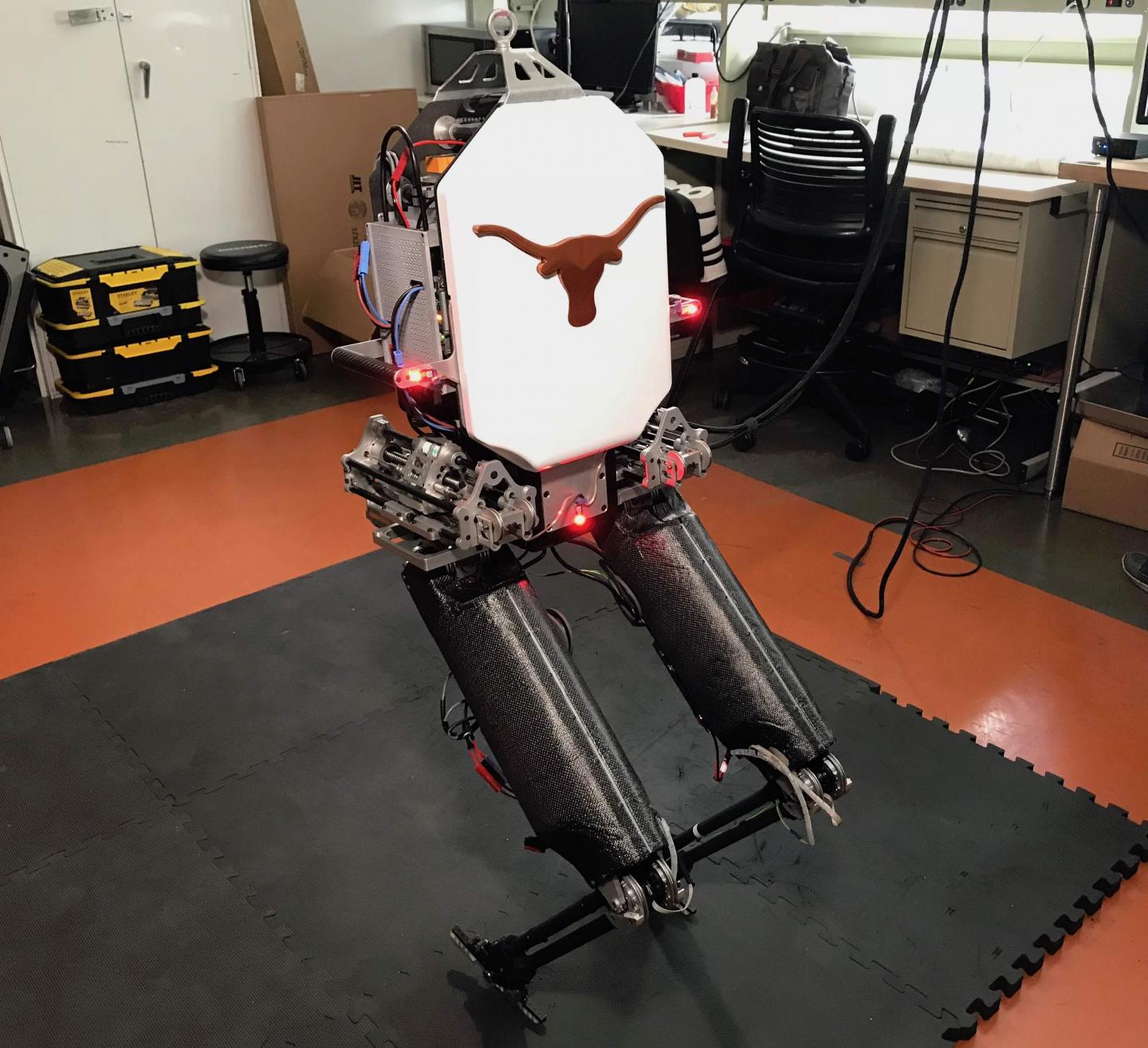 By translating a key human physical skill, whole-body balance, into an equation, engineers at UT Austin used the numerical formula to program their robot Mercury. Credit: Cockrell School of Engineering, The University of Texas at Austin

While humans are able to avoid bumping into each other as they stroll through crowded malls, city streets and supermarkets, robots do not usually have that same skill.

Researchers from the Cockrell School of Engineering at the University of Texas at Austin have developed a new approach to produce a human-like balance for biped or two-legged robots, which could allow robots to be used in a number of applications including emergency response, defense and entertainment.

To achieve the new balance technique, the team developed a mathematical equation that translates the skill of maintaining whole-body balance to program a new biped robot dubbed Mercury. They then calculated that the margin of error needed for the average person to lose their balance and fall when walking to be about two centimeters.

“Essentially, we have developed a technique to teach autonomous robots how to maintain balance even when they are hit unexpectedly, or a force is applied without warning,” Luis Sentis, an associate professor in the Department of Aerospace Engineering and Engineering Mechanics, said in a statement. “This is a particularly valuable skill we as humans frequently use when navigating through large crowds.”

It is difficult to achieve dynamic human-body-like movement in robots without ankle control. To overcome this hurdle, the scientists used an efficient whole-body controller with integrated contact-consistent rotators that can effectively send and receive data to inform the robot of the best possible move to make next in response to a collision.

The new technique proved successful in dynamically balancing both bipeds without ankle control like Mercury and full humanoid robots.

While the researchers proved Mercury’s ability to balance itself, the team believes that the fundamental equations underpinning the technique can be applied to any comparable embodied artificial intelligence and robotics research.

“We choose to mimic human movement and physical form in our lab because I believe AI designed to be similar to humans gives the technology greater familiarity,” Sentis said. “This, in turn, will make us more comfortable with robotic behavior, and the more we can relate, the easier it will be to recognize just how much potential AI has to enhance our lives.”

The researchers presented their research during the 2018 International Conference on Intelligent Robots and Systems (IROS2018), the flagship conference in the field of robotics, on Oct. 2 in Madrid.