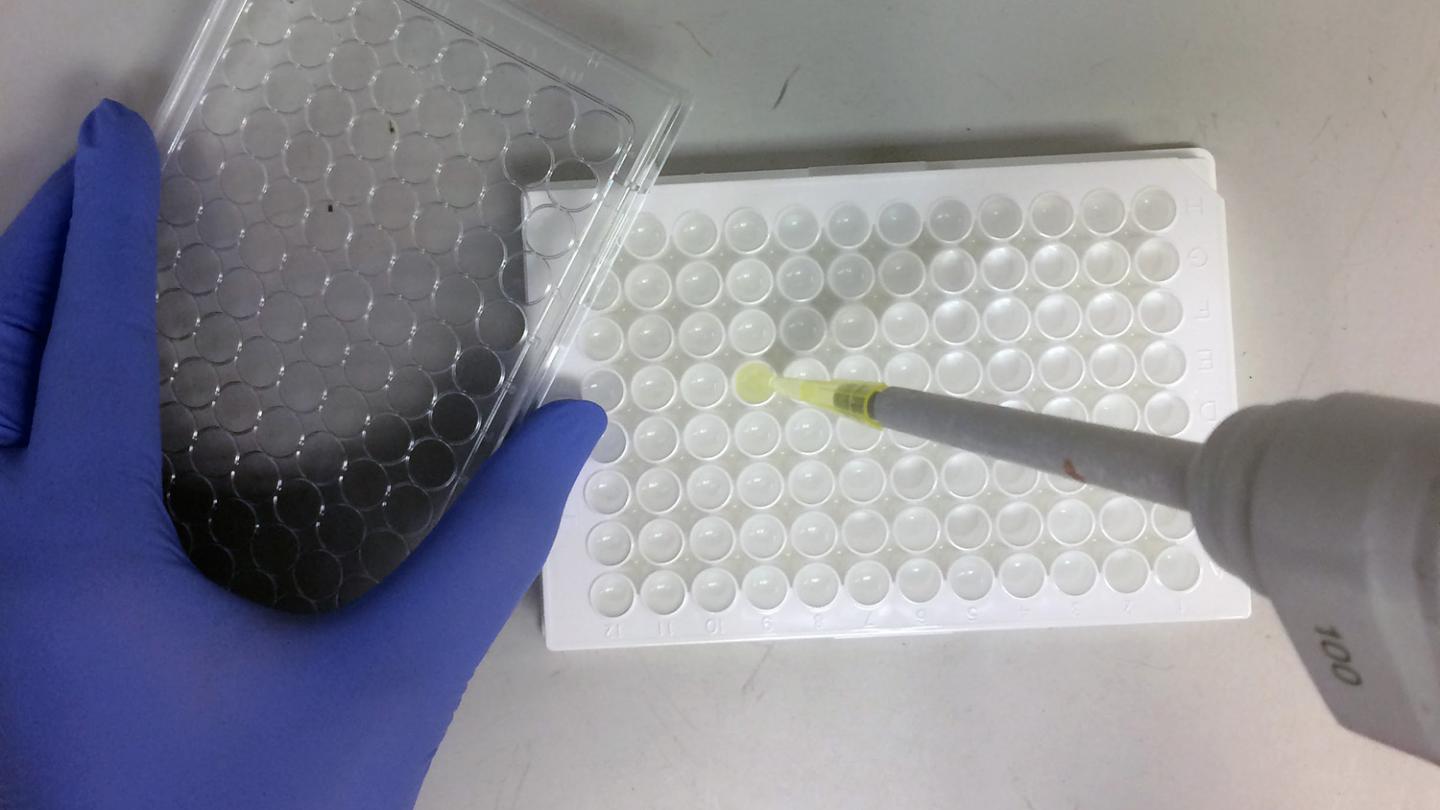 A new high-throughput technique can determine if a chemical has the potential to activate key genes in seconds rather than the typical 24 hours or more. The technique can be used to prioritize chemicals for in-depth testing to determine their toxicity. The test could be applied to a wide variety of potential target proteins for virtually any species, and could significantly expedite screening of chemicals for prioritization. Source: NC State University

Researchers from North Carolina State University have developed a high-throughput technique that can determine if a chemical has the potential to activate key genes in seconds rather than the typical 24 hours or more. The technique can be used to prioritize chemicals for in-depth testing to determine their toxicity.

There is a large backlog of chemicals awaiting toxicity testing, which is both time consuming and expensive,” says Gerald LeBlanc, head of the Department of Biological Sciences at NC State and corresponding author of two papers on the work. “This new approach can help us identify chemicals that are more likely to pose an environmental hazard and, therefore, should be prioritized for testing. And this technique could also be used to assess and prioritize chemicals for human toxicity testing.”

Currently, high-throughput techniques rely on “reporter genes.” This means that chemicals are introduced into a cell and, if they activate the reporter gene, a measurable response can be observed in a day or so.

But the new approach works much more quickly by making use of the fact that the first step in triggering a cellular response is for the chemical to bind target proteins, which cause the target proteins to recruit other proteins.

Specifically, the NC State researchers modified two proteins: Met, which is a target protein, and SRC, which is the protein that Met recruits when it is bound by the chemical.

The modified Met emits light at a wavelength of 535 nanometers when it recruits the modified SRC. And that light is a signal that can be easily monitored and measured.

“If we introduce a chemical to the system, we can tell almost instantaneously whether the chemical has stimulated the recruitment of SRC to Met,” LeBlanc says. “And by measuring the intensity of the light, we can also assess the potency of the chemical to activate this pathway.

“Because the Met-SRC complex regulates a gene that controls reproductive development in crustaceans, we know that such activity means there is a significant likelihood of environmental toxicity – enough to make it a priority for in-depth toxicity testing,” LeBlanc says. “This is an approach that could be applied to a wide variety of potential target proteins for virtually any species, and could significantly expedite screening of chemicals for prioritization.”

The earlier paper, “Agonist-mediated assembly of the crustacean methyl farnesoate receptor,” was published in the open-access journal Scientific Reports. Medlock Kakaley was lead author. The paper was co-authored by Helen Y. Wang, a former research associate at NC State.

The work was done with support from the U.S. Environmental Protection Agency under grant RD-835165.