In the U.S. alone, more than 30 percent of all energy consumed is lost as waste heat. Of this wasted heat, 60 percent is considered low temperature and is unable to be harvested using traditional technologies.

A new innovation could help capture a substantial amount of low-temperature waste heat and convert it into energy.

RedWave Energy, in a partnership with the U.S. Department of Energy’s Idaho National Laboratory (INL), has developed Antenna Coupled THz (ACT) Film, a technology that can harvest electricity from lost low-temperature waste heat using specially designed rectennas to capture infrared heat waves and convert it into electricity. The technology was a 2018 R&D 100 Award winner.

Each sheet of ACT Film is comprised of square, gold-wire rectennas set into a polyethylene, resulting in a thin, flexible plastic sheet. The shorter the wavelength, the smaller the rectenna that is needed to capture it.

The rectennas induce a cyclic plasma movement of free electrons to funnel the THZ current flow towards the antenna feedpoint where an engineered nano-diode is embedded in order to rectify the flow into signal producing and usable DC current.

Patrick Brady, the founder and CTO of RedWave Energy, explained in an exclusive interview with R&D Magazine that the new technology could have a significant impact in a variety of industries looking to save on energy.

“We are very excited to be at this stage, we are commercializing something we’ve been working on for quite a while,” he said. “We’re all enthused with the potential of the technology to make a big change in the world.” 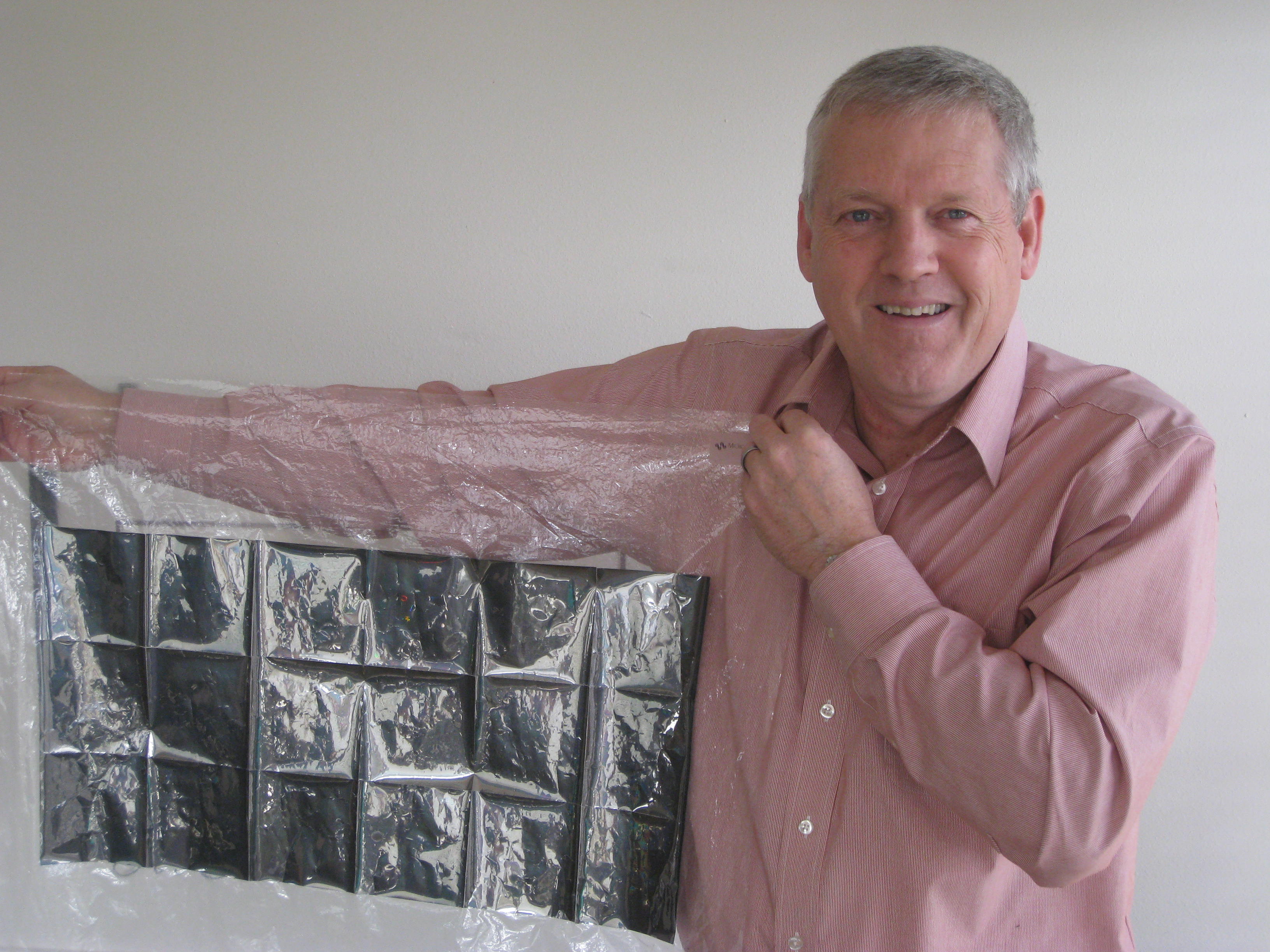 The ACT Films could have an impact on improving energy efficiency for existing power plants, providing the ability to harvest waste heat at low temperatures. The technology could also be integrated into new power plants.

One of the most important properties of the film is its flexibility, enabling it to be used in a wide range of applications for nearly any surface. For example, a composite stack made of individual cylindrical elements that contain individual substacks printed from ACT Film could be engineered for existing power plant designs and replace the cooling tower.

According to the researchers, the amount of energy savings at an individual power plant is the equivalent of the electricity that would be generated by 112,000 tons of coal annually.

Another applications possible for the ACT Film is for solar conversion using the infrared spectrum from the sun that is untapped by traditional photovoltaic solar technology.

Brady explained the origins of the project come from research conducted at INL on nano rectifying antennas that can be printed using an inexpensive roll-to-roll manufacturing process.

“About 2011, I started looking to do something in energy and looked through the literature, articles and spotted this technology out of Idaho National Labs that was nanoantennas on a flexible material,” he said. “They captured heat and it looked like it could be manufactured inexpensively.

“It wasn’t talked about as an energy technology but it seemed to me that if you have high efficiency antennas and they are capturing the energy from heat sources then you can get a diode in those devices you could drain the energy off those antennas and be able to harvest the heat that way,” Brady added.

Brady explained that he contacted the researchers and arranged a meeting to discuss modifying the technology and making it a heat harvesting technology.

The researchers then sought a partner and discovered researchers from the University of Colorado Boulder who had developed metal insulated diodes . Brady said the two research teams were able to work in collaboration because both technologies had similar fabrication processes.

“It was gratifying and exciting to get a chance to actually do this, find a funding partner and put together a team and start going,” Brady said. “One of the first things we ran into is we had to take a hard look into how much energy is really in the infrared coming off a hot object. On the whole, it’s a lot but it’s not really a lot for a single tiny antenna.

“Some of the things that work against you are the 10 micron of wavelength of light coming off a heat source,” he added. “That means you need an antenna that’s around that size and you could match up the antenna to that wavelength but it’s not very big, so there’s not very much energy.”

Brady explained the progress the researchers made from the time they started the project to today.

“We started at one terahertz the first year we were around and we are now around 30 terahertz,” Brady said. “We’ve also scaled up from four and 16 devices to thousands of devices and actually millions of devices. That’s what you got to do, the science is good but it also has to be put into a form that you can build a product with.”