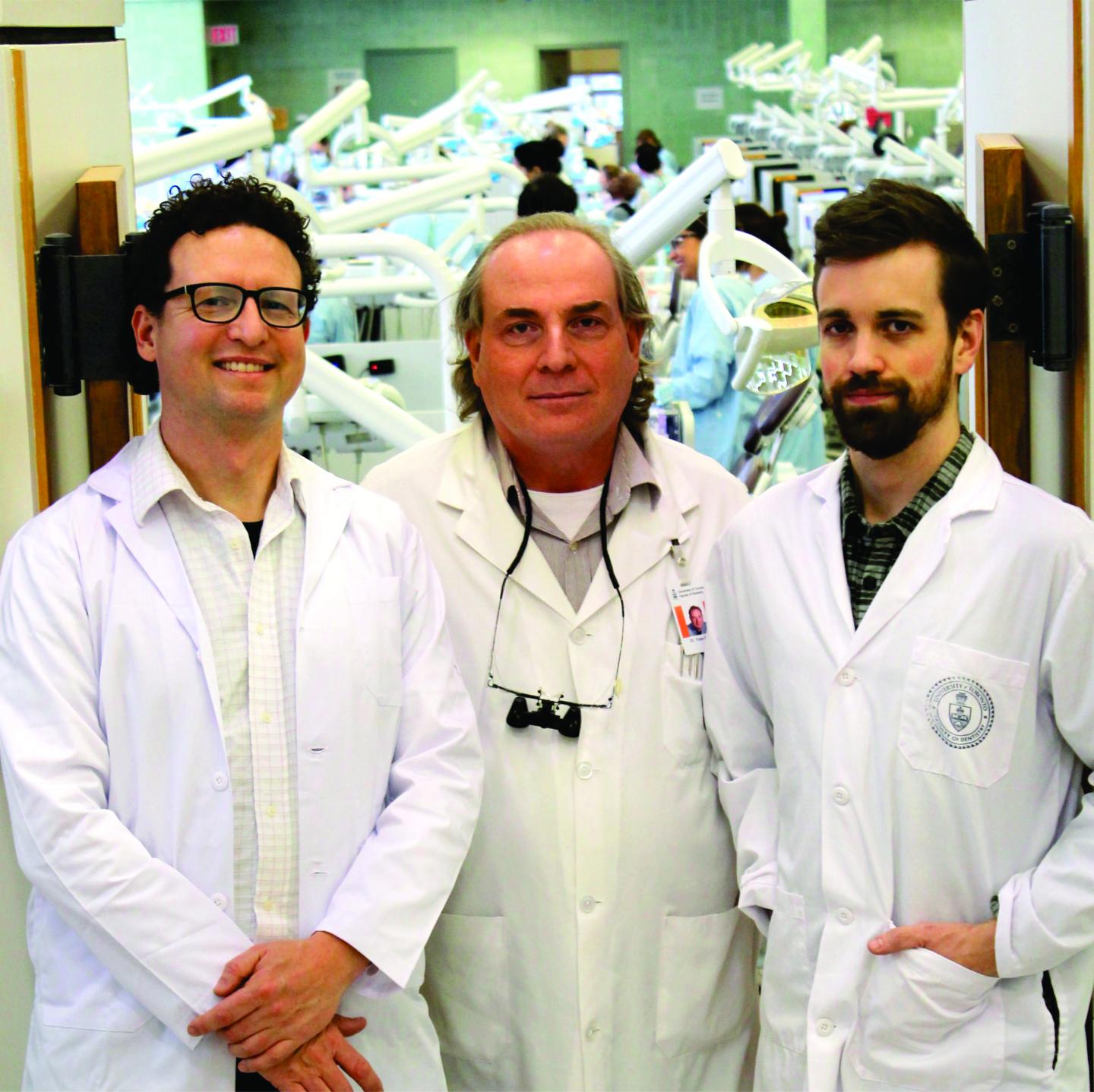 When patients go to the dentist to fill a cavity, they’re trying to solve a problem—not create a new one. But many dental patients get some bad news: bacteria can dig under their tooth-coloured fillings and cause new cavities, called recurrent caries. These recurrent caries affect 100 million patients every year and cost an additional US$34 billion to treat.

Now, a research collaboration between the Department of Materials Science & Engineering, Faculty of Dentistry, and the Institute of Biomaterials and Biomedical Engineering at the University of Toronto has resulted in a novel way to minimize recurrent caries.

In a recent paper published in the journal Scientific Reports, professors Ben Hatton, Yoav Finer and PhD student Cameron Stewart tackled the issue and proposed a novel solution: a filling material with tiny particles made by self-assembly of antimicrobial drugs, designed to stop bacteria in its tracks. These particles may solve one of the biggest problems with antibacterial filling materials: how do you store enough drug within the material to be effective for someone’s entire life?

“Adding particles packed with antimicrobial drugs to a filling creates a line of defense against cavity-causing bacteria,” says Hatton. “But traditionally there’s only been enough drug to last a few weeks. Through this research we discovered a combination of drugs and silica glass that organize themselves on a molecule-by-molecule basis to maximize drug density, with enough supply to last years.” This discovery of using antimicrobials which self-assemble means the team can pack 50 times as much of the bacteria-fighting drugs into the particles.

“We know very well that bacteria specifically attack the margins between fillings and the remaining tooth to create cavities,” says Finer. “Giving these materials an antimicrobial supply that will last for years could greatly reduce this problem.”

Looking ahead, the research team plans on testing these new drug-storing particles in dental fillings, monitoring their performance when attacked by bacteria and saliva in the complex environment in the mouth. With some fine-tuning, this new ‘smart’ material could create a stronger filling and fewer trips to the dentist.