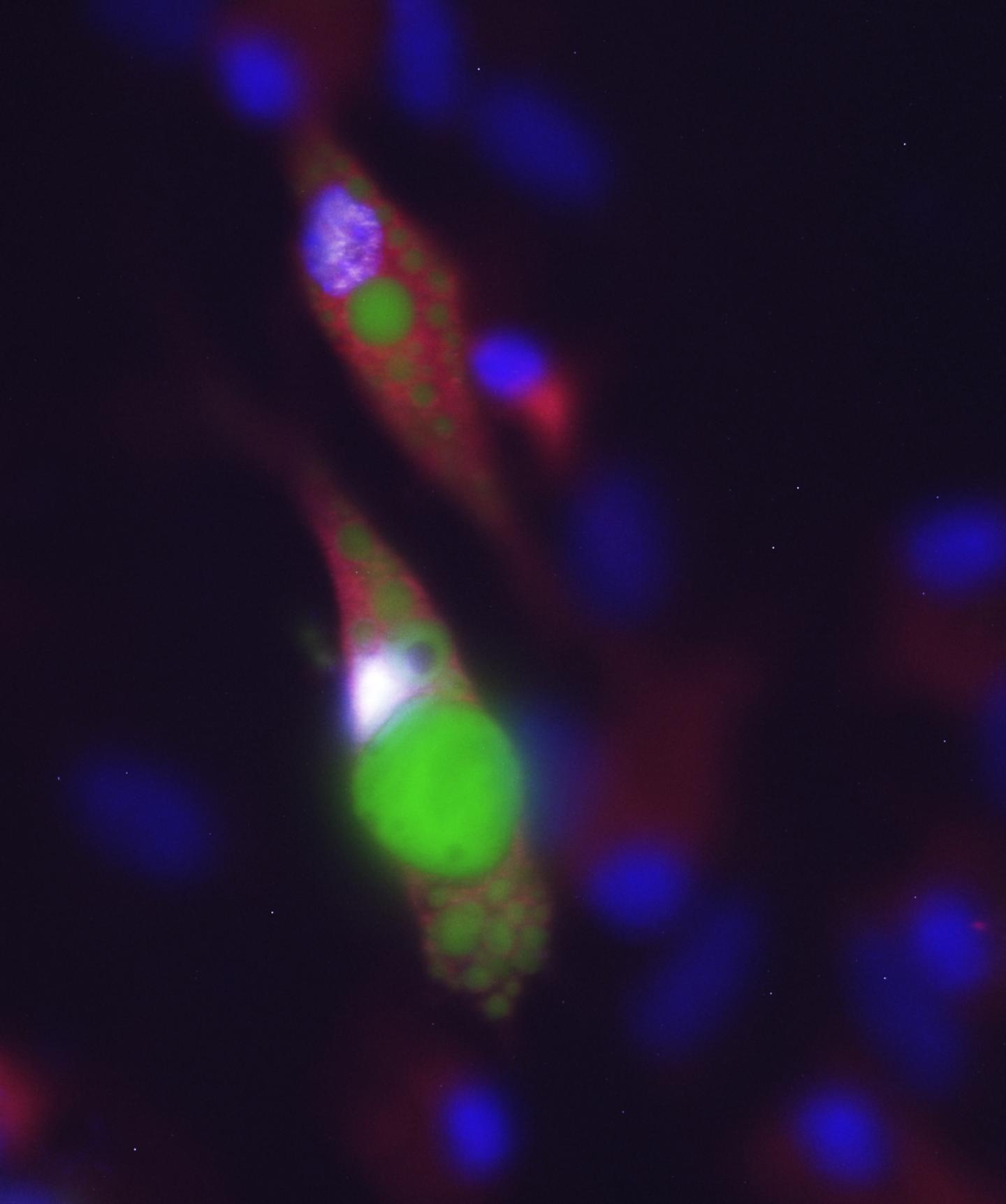 Sometimes proteins do a lot more than we expect. Dab2, for example, has long been linked to cancer. The molecule is associated with a chain of signaling proteins called the Ras-MAPK pathway. In many cancers, elements of Ras-MAPK mutate and start telling cells to grow uncontrollably.

Sylvester Comprehensive Cancer Center researcher Xiang-Xi Michael Xu, Ph.D., who is also a professor of cell biology at the University of Miami Miller School of Medicine, discovered Dab2 more than 20 years ago and has been studying its relationship to cancer ever since. But now he’s found that Dab2 has been living a secret life all along – one that could have public health implications for fighting obesity. In a paper published in the journal Scientific Reports, the Xu lab has shown that young mice without Dab2 don’t gain weight when given excessive food.

“These mice look and act normal,” says Xu. “Everything seems fine, except when we give them a high-fat diet. They just don’t get fat.”

While normal mice eating a calorie-dense diet pack on weight, the Dab2 knockouts stay lean – but only for a while. As the mice mature, the metabolic effect dissipates. By six months, the loss of Dab2 has virtually no effect. Xu believes this happens because mice (and humans) lose their fat stem cells as they reach maturity. This early impact could help explain why early weight problems could persist into adulthood and many adults have such a hard time losing weight.

“Dab2 controls a population of fat stem cells that slowly disappears,” said Xu. “It seems that children are especially affected by diet. They can both increase fat cell number and fat cell size when they are young. Later in life, they can still make fat, but that’s existing fat cells getting bigger. Habits of childhood could be affecting adults, making them more susceptible to obesity.”

From a public health standpoint, these findings may reinforce the importance of steering children away from high-fat diets. Identifying this role for Dab2 could also lead to new pharmaceutical strategies to combat childhood obesity, as the protein could make an attractive target for drug development.

“It would be very hard for a small laboratory like ours to develop a new drug that targets Dab2,” said Xu. “But perhaps a pharmaceutical company will pick it up and develop it.”